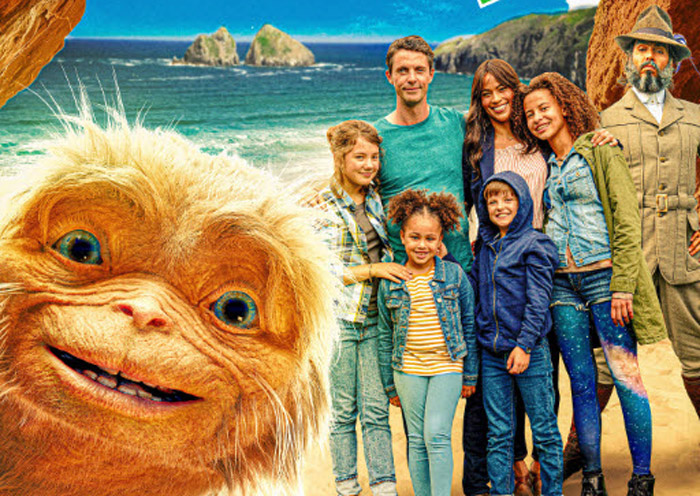 Today In This is a Real Movie That Actually Exists: 'Four Kids and It'

It’s our job to know about movies. Still, despite our rigors, sometimes there comes a film that leaps out of nowhere with a trailer, poster, or teaser that leaves us drop-jawed. Sometimes that’s an earnest thriller in which funnyman Kevin James has gone Neo-Nazi. Sometimes it’s an astoundingly racist comedy, or a soon-to-be flop about a child genius plotting murder. This time it’s a family-friendly adventure starring Paula Patton, Matthew Goode, Russell Brand, and two-time Academy Award-winner Michael Caine. 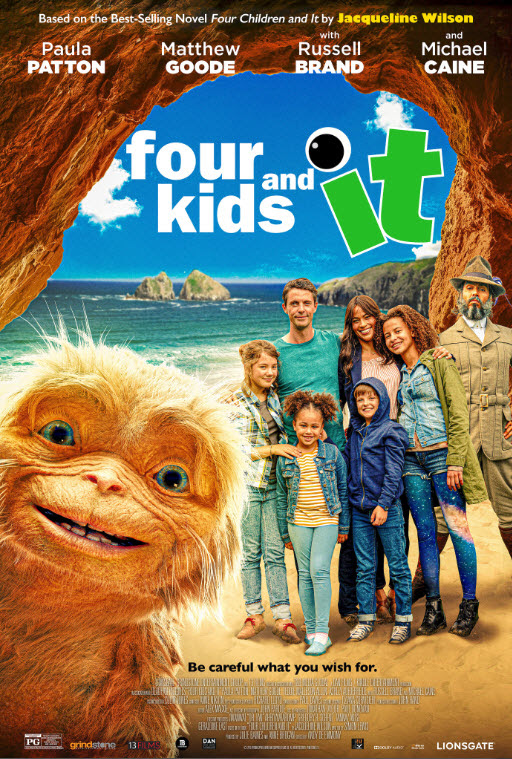 Fun fact: all of the actors listed above are represented in this poster.

Don’t believe me? Check out the trailer.

Based on Jacqueline Wilson’s novel Four Children and It, Four Kids and It follows a family on holiday in Cornwall, where they meet a magical “it.” But fear not! This It is not a creepy killer clown who wants to torture, dismember, and slaughter these chipper kiddos! Instead, he’s a stinky rabbit-critter that sounds like Michael Caine and just wants to grant cute children wishes. Also, Russell Brand is there as a malevolent millionaire man. Plus time travel because why not?

This might movie look like some forgotten straight-to-video romp from the mid-’00s. Nope! Four Kids and It is a spanking new 2020 release, which debuted in the UK on April 3. Now, Lionsgate is bringing it Stateside on digital, On Demand, Blu-Ray, and DVD on June 30.

Wait. Who wished for that?!

← Trevor Noah Touts the Incredible Accomplishments of Protestors After Only Two Weeks | 'If You Oppose the Violence of the Protests, Ask Yourself What Kind of Peace Reigned Before?' →