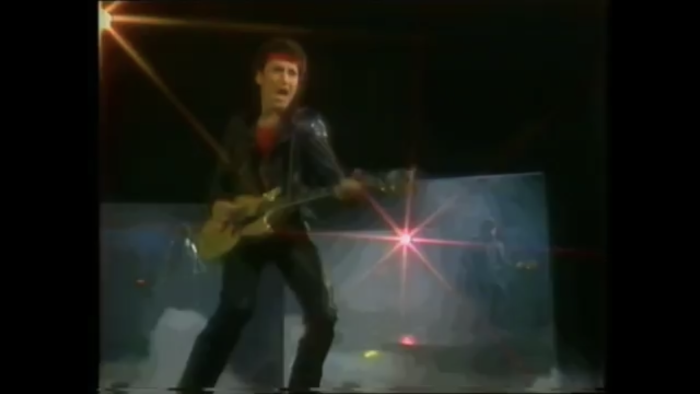 Three Songs Better Than The Movies They Were Made For

I miss the days when a movie would end, credits would roll and a popular band or singer from the time would serenade you with a play by play of the events you just watched. Or perhaps, halfway into the movie, a song would play that repeats the title of the film you’re watching over and over again, as if to remind you in case you forgot. Opening titles with a song perfectly crafted to set the mood? A tradition that is still used for Bond films, but unless it’s a musical film, not so much elsewhere.
There are exceptions to the rule, of course. Spider-Man: Into The SpiderVerse featured an entire soundtrack created for and devoted to the events of the film. Movies will, on occasion co-opt a song as well, like Billie Eilish’s Bad Guy being featured at the end of Brightburn. But there was a time when even the most mundane of cinematic affairs could feature a catchy pop tune to go along with it.
Here are three examples of that practice producing a tune that was even better than the movie it was made for.

Ohhhhhhh, Stayin’ Alive. Often considered one of the worst sequels ever made. The follow up to Saturday Night Fever saw John Travolta’s Tony Manero ditch his disco duds and pursue a career as a Broadway dancer. Directed by the scissor cut eye of Sylvester Stallone with music by his brother, Frank Stallone. Yeah. Not a great movie, but worth watching for a dive into cinematic absurdity.
The main song created for the film, Far From Over, kicks things off in a way that is fun and attention grabbing and honestly gives the movie an energy that it fails to live up to. Is it a great song? No. Is it fun and catchy and better than the movie it was made for? Yes. Did I have the DJ play it for both wedding parties to enter to at my reception? Absolutely.

Allow me to start by saying that I love Pet Sematary; flaws and all. While it fails to capture the true terror of the Stephen King novel it’s based on, the movie has a lot of good scares and striking visuals. It also has one of the catchiest movie songs of all time (and you can quote me on that).
The Ramone’s Pet Sematary is a banger (do people still say that?). A fast paced rock song that captures the dreadful tones of the film while also being a great pop/punk song that should be on everyone’s Halloween Playlist. The song is SO good that when the film was remade thirty years later, the song was remade as well and thrown in the end credits. Depending on who you ask, it was put there to distract you from the subpar remake you just watched. (Me. I’m someone who’d tell you that if you asked.)

Cat People is labeled as an “erotic horror” film in most cases. A spiritual remake of a film from the 1940’s, it’s directed by Paul Schrader and despite some wonderful performances, it often falls flat. Also, depending on how you look at it, it can come across as exploitative. That may be the intent, but whether or not it works on an enjoyable level is a conversation for another time. But the song. The song!
While I didn’t seek to make all three songs be from 80’s movies, here we are. David Bowie’s collaboration with the film’s composer, Giorgio Moroder, is fantastic and arguably more well know than the film itself. You may even remember it more readily from a scene in Quentin Tarantino’ Inglorious Basterds. It is quintessential 80’s and I love love love it.

What did I leave out? Why didn’t I just write about the entire soundtrack to Ghostbusters 2? What’s your favorite movie tune? Sound off in the comments!

← The Pandemic That Should Cost Trump the Election May Allow Him to Steal This Election | 'British People of Reddit, What is the Most British Insult You Can Think Of?' →