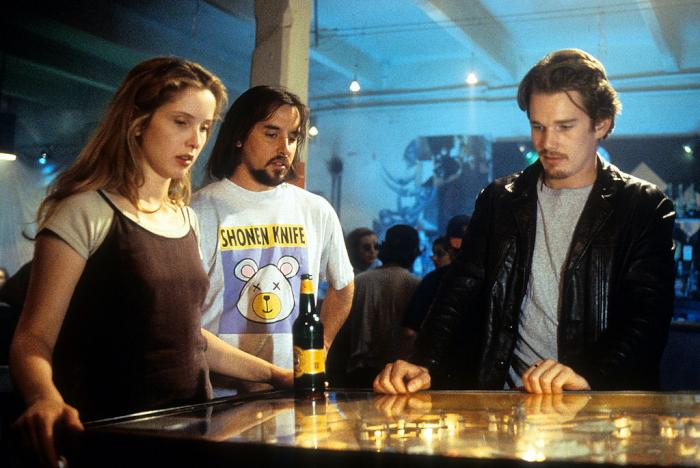 There Will Be No More 'Before' Movies According to Julie Delpy

It’s hard for me to overstate how much Richard Linklater’s Before films mean to me. At the time, the piece I wrote here about the trilogy back in 2016 was the longest bit of writing I’d ever done. It still didn’t feel long enough. Just as I rewatch at least one or two, or sometimes all three, of the films every year, there’s a part of me that wants to keep writing more and more about them, exploring them from all manner of different angles, trying to capture at least a sliver of the breadth of feeling I have for Céline and Jesse’s story.

As someone with such colossal affection for the series, my eyes were naturally fixed on the calendar, with ever-increasing intensity, as the date 2022 approached. 9 years prior to 2022 was 2013, the year of the wonderfully nuanced Before Midnight. 9 years before that, the hopeful Before Sunset came out. And 9 years before that, of course, was the beginning of Céline and Jesse’ story in the effervescent Before Sunrise. If Linklater and his close collaborators Julie Delpy and Ethan Hawke were to follow the pattern that has existed for over 80 percent of my life and give us another instalment of the Before series, next year would be the moment for it.

It looks like it’s not meant to be, however, as the pattern, it seems, is finally broken. More than that, in fact. Despite the coy moments of previous press regarding any future installments and earlier entries sometimes coming as a surprise—Julie Delpy has now confirmed that thanks to her exhaustion with the film industry, she does not want to make any more Before films at all. Aside from playing Céline in the Before trilogy, Delpy is of course a massively respected and versatile figure in the film world, working also as a writer, director, and producer. As such, she has lived and breathed all aspects of cinema for decades, for better and worse. As reported by Telerama via The Playlist, Delpy’s disillusionment with the industry has been brewing for some time, but has now come to a head with the difficulties of trying to get a long-gestating passion project off the ground:

“I have a wonderful screenplay, ‘A Dazzling Display of Splendor,’ about the pioneers of Hollywood. One of the best I’ve written,” she explained. “A talented and well-known English actress, Emilia Clarke, is attached to the project. And yet I’m still struggling. Non-stop. I have so many movies in my drawers that will never be shot, if you only knew! I’m fed up.”

Things have gotten so disheartening that Delpy reportedly almost quit the industry entirely:

“I often think about it,” Delpy said about leaving the industry. “A year and a half ago, I was not far from it. The hell I went through to produce my film had exhausted me. I said no to Richard Linklater for the fourth part of the ‘Before’ films. I thought that maybe I could go back to school. I would make a very good doctor, for example! You give me three symptoms and I tell you what you are suffering from!… But I like to create, to tell stories, it’s stronger than me.”

Delpy isn’t retiring just yet. She’s continuing to fight the good fight in trying to get this project that means so much to her off the ground. But it does look like the fight has sapped her of a lot of energy and joy. Nobody can really blame her for deciding to focus what energy she does have left on her own projects. Even if it comes at the expense of seeing another entry in one of the very best American film series ever made.

In an interview with IndieWire last year, Ethan Hawke addressed the possibility of any future films in the Before series:

“If the first three were all nine years apart, the fourth would not follow that trajectory,” Hawke said. “Linklater would want a different path, either a short film set four years after ‘Midnight’ or a feature two decades in the future. We think about it. Those are the three best experiences of my life: ‘Before Sunrise,’ ‘Before Sunset,’ and ‘Before Midnight.’ They are a part of me. So the idea of revisiting it, I would have to believe we could make something as good.”

Hawke continued, “Those movies worked because all three of us were making the same exact movie every time. When people make sequels just to be together…like Burt Reynolds just made sequels to party with those friends. They could make a million ‘Cannonball’ movies. You could tell they were having a great time. I don’t know if the audience was. We enjoy working together and being together, but we have to make sure we have something to say.”

So who knows. There might still be hope. Delpy may not be ready to make another Before film now. She may never be ready to make another one. Or she may change her mind and feel differently if she manages to get her passion project off the ground. I myself am not sure if I want another one. I mean, I’ve been very sure that I do, but despite the yearning I have to see more of Céline and Jesse’s life, there is something poetically cyclical and complete about the trajectory of the series as it stands now. When we first meet the fresh-faced pair on the train travelling through Austria, they are sat near a middle-aged couple involved in an argument. Eighteen years and a wealth of life experience later, they have in some ways become that couple. Or rather, that’s the way they might appear to another, younger pair sat near them during one of their arguments.

I’ve no doubt that if Linklater, Delpy, and Hawke ever decided to give us another glimpse into the life of Céline and Jesse, it would be a poignant and thematically appropriate entry. As it is though, if Before Midnight is where our knowledge of their story ends, then, yeah, I will be sad, but I’ll also understand.

Although, you know, again: I wouldn’t put anything past this trio.

She told me in person and on the record that there wasn't going to be a third one shortly before they shot it. https://t.co/uSHunbRDcD