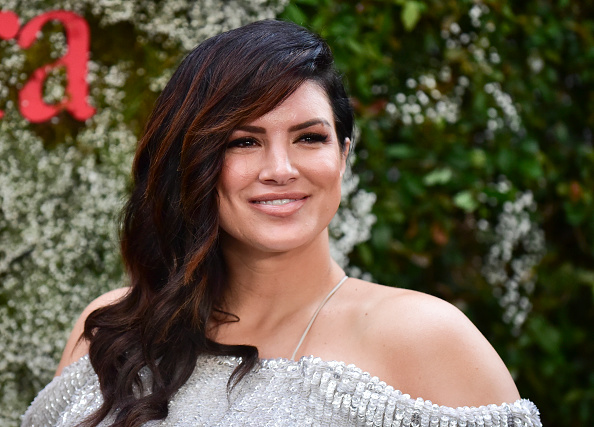 We wrote about the film Terror on a Prairie last month in the context of Gabriel-Kane Day-Lewis (yes, that’s four names and two hyphens), the son of Daniel Day-Lewis, who made his film debut in it. It’s a movie from Ben Shapiro’s outfit, The Daily Wire, and also stars Gina Carano. What was notable about Gabriel-Kane Day-Lewis’s presence — beyond the fact that nepotism couldn’t get the son of the greatest actor of his generation a better role — is that the son also complained that judging him for his father “is as bad as being racist.” Gabriel-Kane Day-Lewis has some real Chet Hanks energy.

In any respect, notices about the movie are making the rounds again because of this tweet from essentially an Internet rando, which was retweeted by an actual Film Twitter presence, Richard Newby:

A reminder that Gina Carano’s latest movie made $804 at the box office.

The tweet provoked a lot of har-har-hars at Gina Carano’s expense, and while I hate to burst everyone’s schadenfreude bubble, it’s not accurate. Terror on the Prairie was a subscription-only release for Daily Wire subscribers, so it didn’t have a domestic box office. It did, however, have an international box office of around $13,000, which hilariously all came from two places: United Arab Emirates and Russia. That tracks.

The $804 number came from The Numbers, which attributed that number to one screening in one theater where no admission was charged. Ergo, the box-office failure of Terror on the Prairie is misinformation because there was no box office for Terror on the Prairie, except in the United Arab Emirates and Russia.

That does not mean that there’s no schadenfreude to be found, beyond the fact that Wikipedia editors seem to be fighting over whether Terror on the Prairie is notable enough to merit its own page. That’s because Newby’s inaccurate retweet did provoke a defensive response from Carano.

🤣🤣🤣🤣 I’ll never stop laughing at the fact that she could’ve had her own Star Wars series, toys, books, comics, apparel. She was that close. She didn’t just fumble the bag, she dumped it out, put it over her head and cut off her air supply. https://t.co/PG2yxC8WSw

— Richard Newby - Vote Blue and Save Yourselves (@RICHARDLNEWBY) January 9, 2023

I have to screenshot Carano’s replies because she has blocked us on Twitter: 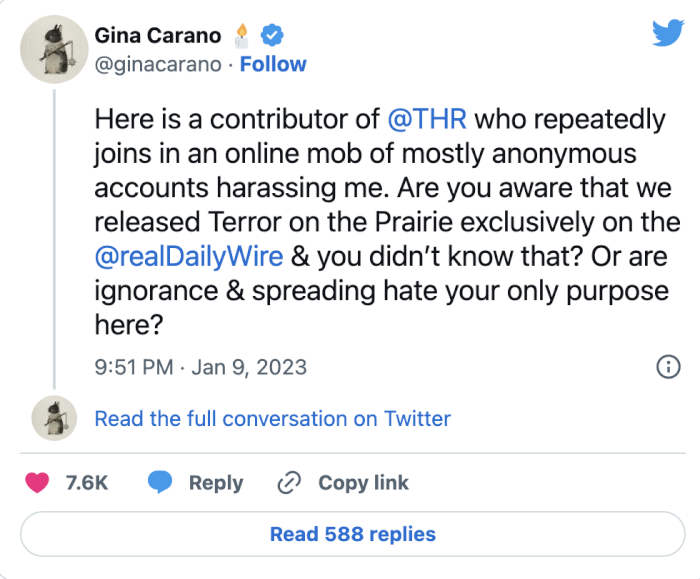 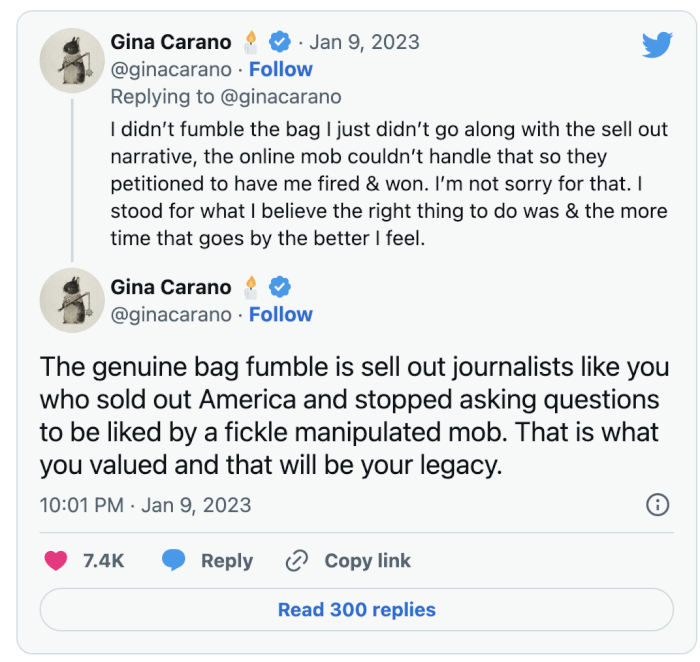 Somehow, I don’t think that Mr. Newby is worried about the inaccurate tweet affecting his “legacy.” Carano’s legacy, however, will be that of someone who annihilated her own career and sold out to the anti-woke mob, many of whom turned on Carano when the movie she made didn’t fit their idea of what conservative films should be. Wild Geeters surfaced a couple of reviews of Carano’s film from friendly audiences: 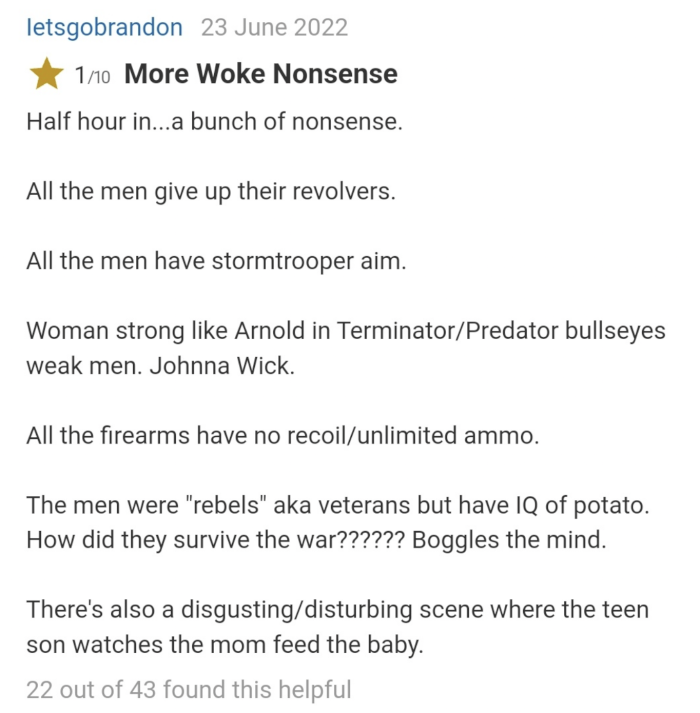 Ah, Gina Carano. Enjoy driving through the long tunnel of humiliation toward your ultimate destination: Complete and total obscurity. I’m sure that My Son Hunter will be the film that turns her career prospects around.