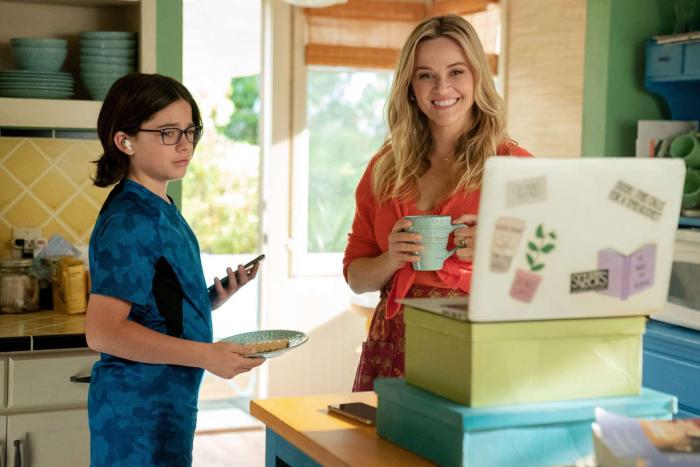 I watch a lot of rom-coms because I love them, and because they’re fun to watch with the family. As I’ve mentioned before, we’re going down the list of all the notable age-appropriate rom-coms and we’re starting to get into some of the movies I hated as a critic 10-15 years ago but find harmless and sometimes even amusing as a parent of preteens who just enjoy an excuse to eat popcorn and watch pretty people make out. We hit 27 Dresses over the weekend, and let’s just say that I’m glad my original review for that doesn’t exist on the Internet. My current opinion on the film is much more in line with that of Kaleena: James Marsden is great, Judy Greer steals it, and there’s a reason why Katherine Heigl was so popular back in the day.

27 Dresses came from writer Aline Brosh McKenna, who is sort of this generation’s Nora Ephron. She writes a lot of rom-coms. Some of them are great (The Devil Wears Prada), some of them are better than you remember (27 Dresses, Morning Glory, We Bought a Zoo), and some were horribly, unfairly maligned despite the fact that they were terrific (the Annie remake).

And yet, despite my love for rom-coms, and Aline Brosh McKenna’s track record (including as co-creator of Crazy Ex-Girlfriend), and the inclusion of rom-com royalty Reese Witherspoon, Your Place Or Mine looks like a film no one will appreciate now or in 10 years. The trailer is nearly 3 minutes long, gives away nearly the whole movie, and yet there’s also not a single laugh in it. Comedy is crucial to the rom-com, and there’s more to comedy than a light tone.

I will give Aline Brosh McKenna — who also directs — this much: She knows how to cast supporting, scene-stealing roles: She landed Rachel Bloom, Zoe Chao, Tig Notaro, Steve Zahn, and Shiri Appleby. And the kid, by the way, is the nephew of Jimmy Kimmel (NEPOTISM).

Your Place or Mine will hit Netflix on February 10th.


← Rachel McAdams Is a Mom in the Trailer for 'Are You There God? It's Me Margaret' | Sarah Michelle Gellar Returns to Television In 'Wolf Pack' →