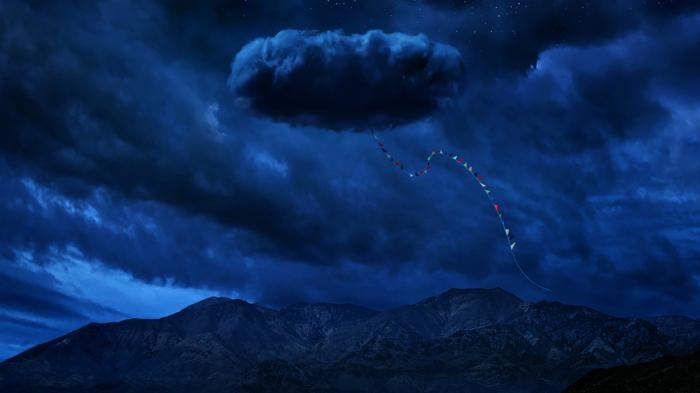 The Trailer For Jordan Peele's 'Nope' Is Here, And You Don't Need To Watch The Super Bowl To See It

The trailer for Nope, writer-director Jordan Peele’s highly anticipated follow-up to Get Out and Us, dropped on the Internet last night at 3 AM Eastern Standard Time. And right before the trailer dropped, Peele tweeted this in order to freak us all out and make us wonder what the f-ck is going on.

A few things are guaranteed to happen when you watch it.

1) You’re going to be freaked out and say “What the f-ck is going on?” more than once.

2) You will watch this trailer repeatedly, and inspect each and every frame like it’s the Zapruder film to try and figure out what the f-ck is going on.

4) If you’re Black, you’ll laugh and nod your head in approval when you see how Keke Palmer’s character reacts to…whatever the hell it is she’s looking at. Because it’s exactly how nearly all Black people (in horror films and in real life) react when they see some sh-t about to pop off that could possibly get them killed.

Plot details are still unknown as to what Nope is actually about. And honestly, the less we know about how Peele plans to scare the living hell out of audiences this time around, the better.

← The Y.A. Adaptation 'The Sky Is Everywhere' Is A Lot Of Flower, Not Enough Power | Super Bowl/ Superb Owl Open Thread →