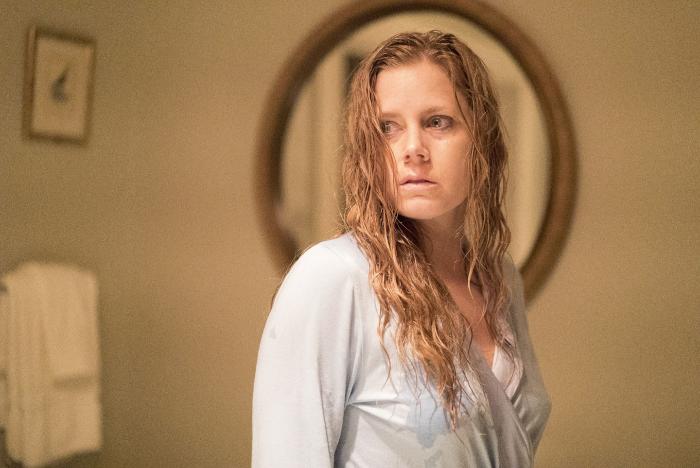 The Razzie Nominations Have Been Announced, and We Have a Bone to Pick with One

The Razzie nominations were announced this morning, and to be honest, the Razzies haven’t meant much to anyone since the days when Eddie Murphy used to dominate with the likes of Norbit and Meet Dave. Mostly, the Razzies mean to me that the Oscar nominations are nigh (they will be announced tomorrow morning). I was, however, curious as to what movies would land on the list in the year of our Lord 2022 now that we’re fully in the streaming era.

There are streaming movies among the nominees. In fact, most of the nominations spring forth from the same five movies nominated for Worst Film.

Worst Film
Diana the Musical (The Netflix Version)
Infinite
Karen
Space Jam: A New Legacy
The Woman in the Window

Interestingly, the only theatrical release here was Space Jam: A New Legacy, which was released on HBO Max simultaneously (the film actually did OK at the box office, earning $92 million domestically, and $160 million worldwide, slightly better than its insane $150 million budget). The Woman in the Window and Diana the Musical were released on Netflix, Infinite bypassed theaters and went straight to Paramount+, and Karen was released on demand. If you don’t remember Infinite don’t worry. No one else does, either (it was a Mark Wahlberg film that was originally intended to be released in theaters, but Paramount+ — soon after it was launched — thought it could boost subs. I doubt it moved the needle).

You probably don’t remember immediately Karen, but the trailer will trigger your traumas. Brace yourselves:

I haven’t seen any of those movies, because it’s 2022 and I don’t have time for that sh*t, but I have no doubt that they all deserve their place.

The big losers this year, alas, were Taryn Manning and Amy Adams, both nominated in Worst Actress and Worst Supporting Actress categories:

Can you see the first nominee under Worst Actor? It’s just a blank white space for me. Must be a technical glitch. Weird.

Again, I haven’t seen any of those films, although I don’t have a problem with their inclusions. I’d never heard of Every Last One of Them, but it’s worth noting that not only is Taryn Manning in it, but so is Richard Dreyfus, Michael Madsen, and Nick Vallelonga — as an actor. You may remember his name as the Oscar-winning screenwriter of The Green Book.

I do also sort of appreciate that the Razzies, which could’ve easily become a sort of “anti-woke” organization given their historic sense of humor, seems to have remained apolitical. They did, however, create an entirely new category for Bruce Willis:

There’s only one quibble that I have with the Razzies, and it is in the Worst Supporting Actor category:

All of those nominations are fine, except for one: Ben Affleck was fantastic in The Last Duel, and his haircut notwithstanding, I won’t hear otherwise! It’s a strong performance from Affleck, who plays a sort of 14th-century version of his public persona. A lot of people have come to The Last Duel late on HBO Max, but I have seen on social media timelines nothing but universal praise (except for the people who quit before the third act, where Jodie Comer steals the damn movie from everyone).

The Affleck nom was clearly not about the performance, and all about using Affleck’s name to promote itself. I guess it … worked. So, good job?