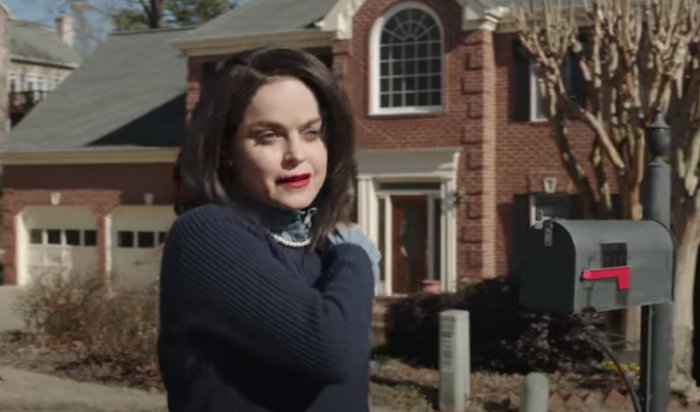 Real-Life Karen, Taryn Manning, Stars in the Trailer for 'Karen,' Which Is Real-Life Bad

I don’t know why it should surprise me to find out that someone who is gay can also be a racist. It shouldn’t surprise me. My father was gay. Also a racist. It is very possible to be loving in some ways, and hateful in others, and yet I was still a little surprised to learn last week that Taryn Manning had gotten engaged to her girlfriend, Anne Cline, last week.

Good for her! But also, Taryn Manning — Pennsatucky from Orange is the New Black — has also expressed adamant support for Donald Trump, she has tied the Black Lives Matter movement to George Soros, and she is a believer of the QAnon conspiracy theory. She has a lot of HOLY BIBLE energy.

She’s also starring alongside Cory Hardrict and Jasmine Burke as the title character in a movie called Karen, which is currently being shredded on social media and being compared, unfavorably, to Jordan Peele’s Get Out.

Jordan Peele paved the way and y’all added potholes to it. https://t.co/naBMl07SvE

I should note because it’s not as obvious as you might think: This is not a parody trailer. This is a real movie from director Coke Daniels about Karen Drexler (Manning), a racist white woman who makes it her personal mission to displace the new Black family that has just moved in next door to her. It was purchased a few days ago by 13 Films ahead of the Cannes virtual market. Interestingly, in her statement about the film, Taryn Manning did not drop any references to #q.

“I felt a social responsibility to take on this role. Even if I had to play the villain to affect [sic] change around the globe, then I was more than willing to step into the role. What’s been going on is devastating. It’s time for change and for me to be a part of the bigger picture, meant a lot to me.” I’m sure she then added, under her breath, “Do you know Trump has saved more children from human trafficking than Obama ever did. No? Look it up.”