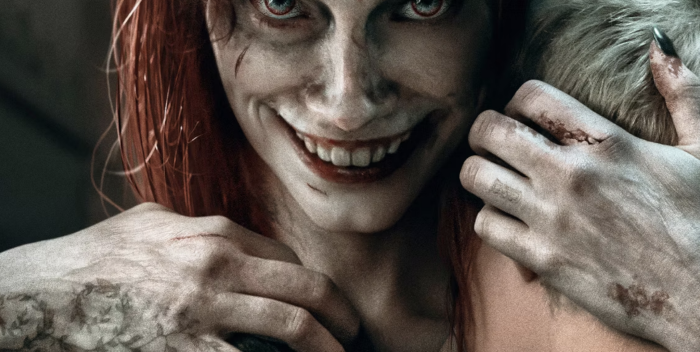 I love the Evil Dead franchise. Evil Dead 2 is my favorite horror movie ever, and though I was skeptical of a few of the entries into the franchise, hell if they haven’t all be various levels of great. Somehow, it’s already been a decade since Fede Álvarez’s Evil Dead reboot (so much better than it had any right to be), and now it’s returning with Lee Cronin at the helm.

This one looks less like the previous iterations, but the Book of the Dead still grounds it, and there’s a seriously messed up mom locked away with a smile that will make your innards curl. There’s a lot of fun body horror here, so trigger warning for the squeamish.

And here’s a trailer for our Spanish-speaking friends.