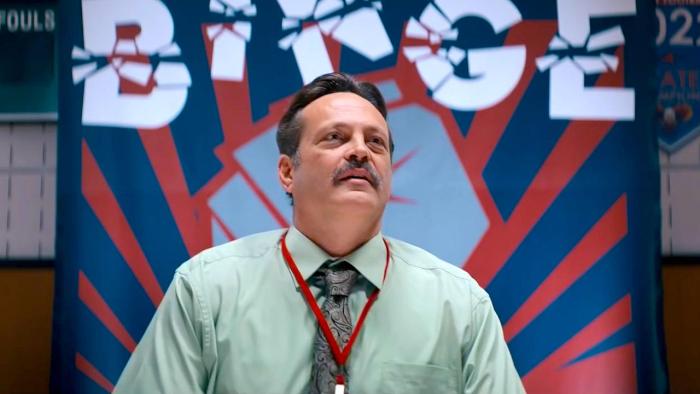 The Binge — a raunchy teen comedy masquerading as a parody of The Purge — sits at 23 percent on Rotten Tomatoes, but it has an 82 percent audience score. It’s exactly that kind of movie, the sort that critics generally dislike because there’s nothing new here. We’ve seen this movie before, when it was called Project X or That Awkward Moment or 21 and Over, which were the 2010s versions of Can’t Hardly Wait and American Pie and Sixteen Candles. There’s absolutely nothing new in The Binge for critics who have been watching teen comedies for decades, but I suspect that a lot of teens who are just now discovering teen party comedies will find it relatively amusing because they have less with which to compare. With one major exception, it’s been five or six years, after all, since a teen party comedy has been produced, and maybe this new generation just wants to see their contemporaries drink too much, make asses of themselves, and try to navigate autocorrect on their phones while they’re smashed. It’s like having sex for the first time; you don’t realize how awful it is until you’ve done it a few more times.

That’s obviously not a recommendation of The Binge. It’s a very bad movie, although it is intermittently amusing, and it’s fun to see Vince Vaughn do his Vince-Vaughn thing again, only here as an overprotective father and high school principal.

The film is set in a universe where drugs and alcohol have been outlawed, except for one night each year wherein anyone over the age of 18 is allowed to ingest as many otherwise illegal substances as possible. Vaughn plays Principal Carlsen, who not only discourages his students from participating in Binge Night parties but is keeping a watchful eye on his daughter, Lena (Grace Van Dien), whom he doesn’t want to see throw her life away for a night of drinking and drugs. Skyler Gisondo (Santa Clarita Diet, The Righteous Gemstones) plays the lead, the awkward kid with a crush on Lena and who wants to ask her to prom. His best friend and enabler is played by Dexter Darden (Maze Runner), and their goofy sidekick/DJ Qualls/Charlie Korsmo/Christopher Mintz-Plasse is played by Eduardo Franco. 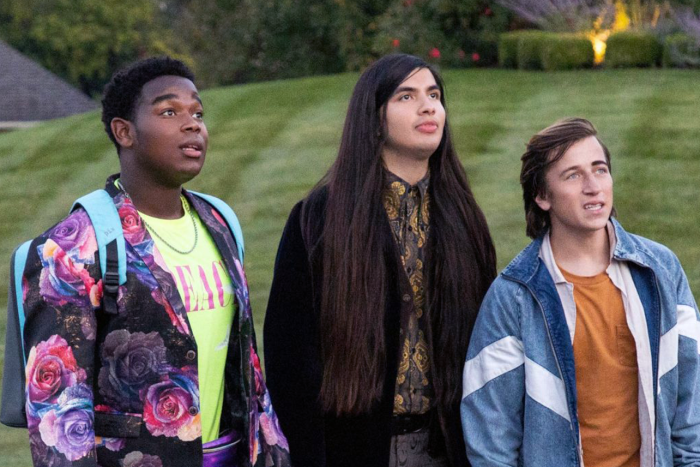 Again, there’s nothing here we haven’t seen a million times: Teenagers get drunk; they puke; they make asses of themselves; they try to awaken farm animals with cocaine; there are misunderstandings; the guy asks the girl to prom; the underdog dweebs become heroes during a drunken, rousing finale. The only mild surprise here is that Vaughn’s character is not quite who we think he is.

The Binge comes from director Jeremy Garelick, who wrote The Break-Up (also starring Vaughn), and again, I can’t emphasize enough how well worn this terrain is. It’s not even a particularly good retread, but I laughed at the drug-inspired musical number. I think Skyler Gisondo makes for a decent 2020 John Cusack. And Vince Vaughn is fun, although the women are terribly underwritten (which The Binge sadly shares in common with most of its decades-old predecessors).

In fact, Booksmart is 50 times better, and it’s also available on Hulu (and also features Gisondo and Eduardo Franco), so there’s no reason in the world not to watch it instead, and then rewatch it a half a dozen times before finding yourself desperate enough to watch The Binge. But, if you do, you’ll snicker a few times, and you might not regret watching it instead of finally forcing yourself to start watching The Vow, which you heard was a slow-moving bore about really dumb white people. At least The Binge is fiction.