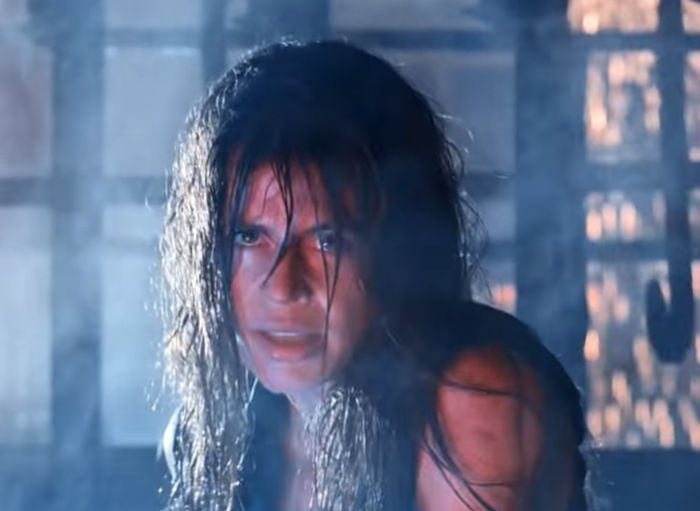 Seeing as how Terminator Dark Fate will be coming out this Friday, I decided to revisit the original two movies this week since it’s been a minute since I saw them last and I remember them as being very, very good.

I was not wrong.

Let’s get this out of the way first. Had there not been a T2: Judgement Day, I would hold The Terminator in higher regard in the Schwarzenegger oeuvre (above Predator, but slightly below Commando, my all-time Ahhhnold fave, behind T2.)

It’s a well-paced action movie that is surprisingly intelligent (for a movie in general, not just an action movie, a rare feat indeed.) The fight scenes are pretty good, Arnold holds his own as a baddie, and I enjoy Michael Biehn in most things. Additionally, it makes good use of Rick Rossovich, which is always a feather in any movie’s cap, because Rick Rossovich is the man.

Let’s be honest though, underneath the awesome special effects (for the time) is a fairly run-of-the-mill story with a sci-fi façade. Not a complaint at all, run-of-the-mill can be pretty good if you hit the notes right (which it does.) It’s just that when you compare it to T2, it doesn’t hold up nearly as well—because Sarah Connor has seen some s*it now, and is ready to fight the whole goddamned world. F*ck yeah, Sarah!

When we first meet Sarah in The Terminator, she’s a sweet, innocent young woman without a lot of guile. Let’s not forget that the first time she met The Terminator, he pulled a gun on her at a goth club, and she froze. It was up to Kyle Reese to save her.

By the time T2 rolls around, that iteration of Sarah is gone, baby, gone. There is no way in hell T2 Sarah would freeze in that situation. This Sarah is ready for whatever the world is going to throw at her and she knows that it’s going to throw a lot.

In fact, the first time we meet her in T2, she’s pulling this bad ass move:

I mean, sure, T2 Sarah is a little rough around the edges. You would be too if you knew the world was going to end and everyone was telling you were crazy, and putting you in an institution where you’re sexually assaulted.

What I love about T2 Sarah is that she’s no longer waiting for things to happen to her, she brings the fight to them. Granted, she wants to kill an innocent man before he creates the technology that enables the machines to rise up against us but she’s able to pull herself back from that and let her humanity win out—that’s incredibly hard if you take into account what humanity has done to her in the intervening years.

We do see glimpses of the T2 Sarah Connor in The Terminator, let’s not forget how she saved herself at the end—but T2 Sarah Connor is a fully fleshed out, complicated character who’s not just a foil to be put in danger, whose sole purpose is to produce a son who will lead the future resistance. This Sarah puts herself in charge of saving the damn world.

Probably what I love most about T2 Sarah is that she’s someone who happens to be a mom, in addition to everything else about her. Sure, her main motivation is to keep her son John safe (because he’s the key to fighting the machines in the future) but she makes it pretty clear that being his mother is not a defining trait for her, personally.

In addition to the characterization of Sarah Connor, the original Terminator has nothing on T2’s bad-ass action scenes which crank the movie up to 11.

Finally, the ending does get me a little weepy than the original because good-Arnold is better than bad-Arnold, and he really was a father figure to John, what can I say? Kyle Reese was OK, but T1000 was better.

…and then there’s Sarah, in the end, still standing. Despite all the carnage and mayhem, Sarah maintains her humanity and still has hope for the future. She’s a f*cking badass through and through and the death of a robot affects her still.

The Terminator is a very good movie but T2 is an excellent movie, and I hope that Dark Fate continues with the character progression of one of the biggest bad asses in film history, Sarah Connor.