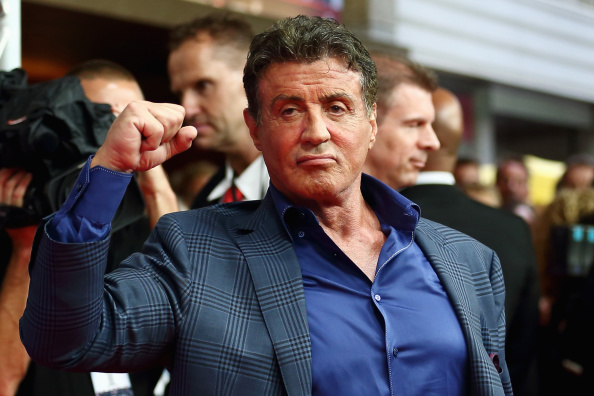 Sylvester Stallone — best known for the Rocky and Rambo movies and worst known for Stop! Or My Mom Will Shoot with Estelle Getty — will be joining the Taylor Sheridan world this fall on Paramount+ with his forthcoming Tulsa King. In the meantime, Stallone has been doing some reading, specifically the memoir of David Winkler, the son of Irwin Winkler, who is thankfully no relation to Henry Winkler.

Stallone wasn’t a fan of Winkler’s memoir, The Arrangement: A Love Story. In fact, it was quite the opposite, as he posted on Instagram. “You know I love reading and I’ve read thousands of books but I have to say THIS one is by far the worst! If you ever run out of toilet paper PLEASE [buy] this one you won’t be disappointed. It’s very absorbent … This unbearable worthless dreck was written by the painfully untalented David Winkler who is the son of the remarkably untalented and parasitical Producer of Rocky and Creed,” Irwin Winkler.

Stallone has long had beef with Irwin Winkler and his sons, who have produced the Rocky and Creed movies. It’s not just because without Irwin there “would’ve been at least another three Rocky’s,” but because the Winklers have never given Stallone — who wrote and starred in the original Rocky and starred in every other Rocky and Creed since then — any ownership in the franchise.

“Frankly that crew are the worst unhunman beings I’ve ever met in the movie industry,” he continued. “I will forever love the loyal fans and keep punching.!!! REMEMBER IT FEELS GOOD TO CLEAR YOUR HEART.”

Stallone has been a producer on all of the Rocky and Creed films, including the forthcoming third Creed film, which is the first he will not appear in (Michael B. Jordan is directing). In a follow-up post, Stallone expanded more upon his dislike for the Winklers.

“After IRWIN controlling ROCKY for over 47 years, and now CREED, I really would like have at least a little WHAT’s LEFT of my RIGHTS back, before passing it on to ONLY YOUR CHILDREN - I believe That would be a FAIR gesture from this 93 year old gentleman? … This is a painful subject That eats at my soul because I wanted to leave something of Rocky for my children, but it’s always great hearing from the loyal fans … Keep Punching.”

It looks like Stallone spent a lot of the weekend clearing his heart. Stallone has expressed his ire in the past over this very subject but was given the Don “That’s what the Money is For” Draper treatment: “I was told, ‘Hey, you got paid, so what are you complaining about?’ I was furious.”


← Watch the Teaser for 'The Idol,' Sam Levinson's Sleazy Follow-Up to 'Euphoria' With The Weeknd | Bryan Cranston Menaces A Celebrity Softball Game In LA →