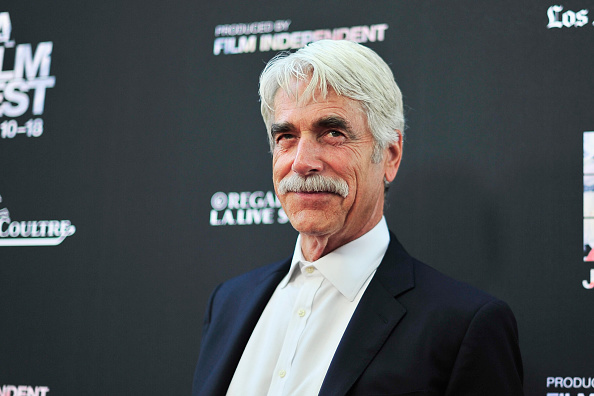 Sam Elliot Thinks 'The Power of the Dog' is a Piece of S**t Movie, But for Troubling Reasons

On this week’s WTF podcast, Marc Maron sat down with the iconic Sam Elliot, whose latest series 1883 wrapped up its devastating season on Sunday.

1883 is a Western, of course, and Sam Elliot has appeared in as many as nearly anyone else over the course of his career. The man knows Westerns, but he wasn’t a particular fan of this year’s Best Picture nominee, The Power of the Dog, although his criticisms vary from potentially justified to incoherent to downright problematic.

It’s a hell of a film, and for those unfamiliar with its basic contours, it’s a Western about a menacing cowboy played by Benedict Cumberbatch who is revealed to be … something else. Elliot didn’t care for the film, as he expressed when Maron asked him what he thought of it.

“You want to talk about that piece of sh*t?” Elliot asked. “Did you not like it?” Maron asked.

“F**k no. Why? I’ll tell you why I didn’t like it anyway. I looked at when I was down there in Texas doing 1883 and what really brought it home to me the other day when I said, ‘Do you want to f**king talk about it?’ There was a fucking full-page ad out in the LA Times and there was a review, not a review, but a clip, and it talked about the ‘evisceration of the American myth.’ And I thought, ‘What the f**k? What the f**k?’ This is the guy that’s done westerns forever. The evisceration of the American west? They made it look like — what are all those dancers that those guys in New York who wear bowties and not much else. Remember them from back in the day?”

Maron told him that he was talking about Chippendales, although I have no idea what the Chippendales have to do with The Power of the Dog. I don’t recall anyone in the film stripping or accepting one-dollar bills, although Cumberbatch did take off his shirt.

“That’s what all these f**king cowboys in that movie look like. They’re all running around in chaps and no shirts. There’s all these allusions to homosexuality throughout the f**king movie.”

Yes? That’s what the movie is about, Sam. It’s about a repressed cowboy hiding behind toxic masculinity, and it is wicked. Despite starring in a Western-themed Super Bowl ad with Lil Nas X, Elliot seems to dislike the idea of Westerns that explore sexuality.

“What the fuck does this woman — she’s a brilliant director by the way, I love her work, previous work — but what the f**k does this woman from down there, New Zealand, know about the American west? And why in the f**k does she shoot this movie in New Zealand and call it Montana and say, ‘This is the way it was.’ That f**king rubbed me the wrong way, pal. The myth is that they were these macho men out there with the cattle. I just come from f**king Texas where I was hanging out with families, not men, families, big, long, extended, multiple-generation families … ”

OK, what? I suppose if a guy who shoots Westerns in Texas and Montana wants to take issue with a director choosing the landscapes of New Zealand as stand-ins, that’s bizarre but justifiable. But I get lost where he suggests macho men out there with cattle was a myth, nor am I quite certain what he means to say by bringing up multi-generational rancher families before trailing off. Is he trying to say that cowboys can’t be gay? Or those themes should be off-limits to Westerns filmed by women directors from New Zealand. It’s based on a novel written by Thomas Savage, a rancher and a closeted gay man, Sam.

Here are the relevant clips.