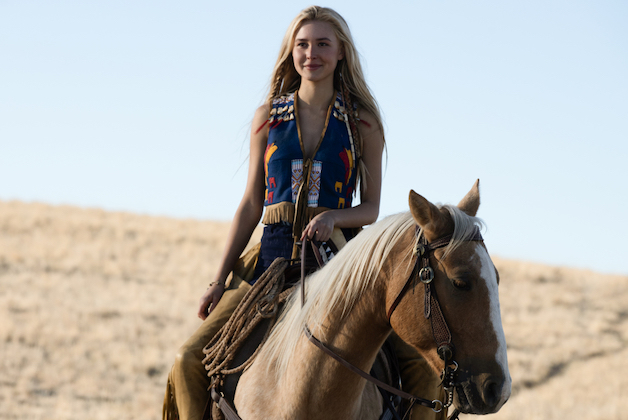 Spoilers for this Season of 1883 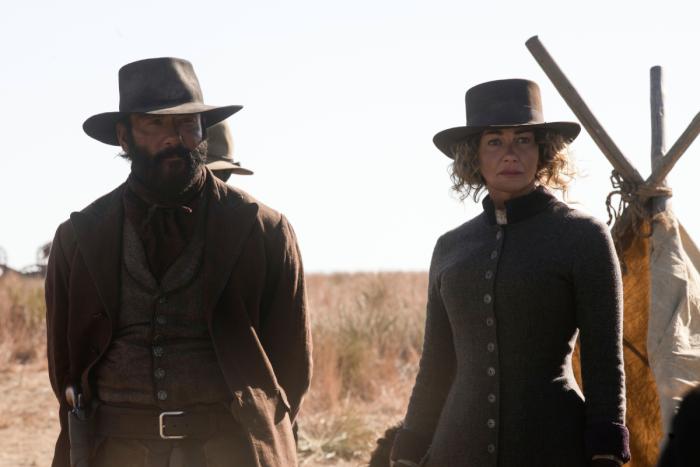 On paper, I would have loathed the idea of spending 10 episodes centered on what is essentially a teenager POV character — who also provides the show’s voiceover — only to watch her die in the end. Take away the Oregon Trail, the violence, murders, rapes, dysentery, snake bites, and amputations, and at its heart, 1883 is some real John Green bullsh*t camouflaged by horses and unruly facial hair. Out of deference to showrunner Taylor Sheridan, I’d have still watched the series if I’d known how it ended, but that’s only because I’d have never anticipated how emotionally invested I’d become not in the central character, Elsa Dutton (Isabel May), but in her father, John (Tim McGraw).

It’s a fitting role for McGraw because 1883 is an epic, 10-hour elegiac country song about a father driving across the country, from Texas to Montana, with his family only to set up his permanent home in the spot where his own daughter chose to die. For nine episodes, it was a harrowing and brutal viewing experience. Those expecting and hoping for a reprieve — a feel-good, crowd-pleasing finale — were probably sobbing so hard that they couldn’t muster any anger at their disappointment. 1883 is like one of those country songs that are written specifically to make grown men cry, to wring every goddamn tear possible out of their faces.

And it worked. It was gut-wrenching emotional torture that dragged out hearts through the mud for over an hour before finally stomping on them. I wouldn’t call it a show that I’d recommend to anyone, but I’ll concede this much: It accomplished what it set out to do, which was to Dear Zachary the hearts of middle-aged, middle-American men.

Here’s a quick overview of the season (so far*): The Dutton Family — James, Margaret (Faith Hill), Elsa, and John — set out on the Oregon Trail from Texas. They join a caravan of German immigrants who are led by Shea Brennan (Sam Elliot), who had just lost his wife and child, and Thomas (LaMonica Garrett). Everything bad that could possibly happen along the way happens. People die of dysentery; parents take their own lives after losing loved ones; people go mad; some are killed by bandits and horse thieves; others are felled by snake bite; some drown trying to navigate their wagons across rivers; some are killed in skirmishes with indigenous tribes, and some are just left behind to die. I don’t know how many originally set out on the trip — maybe 100 or more? — but fewer than 10 are still alive by the end of the finale.

That does not include Elsa. For her, 1883 is a coming-of-age story about an idealistic teenager thrilled by the adventure of traveling across the United States in search of a new home. She exchanges her dress for jeans; she learns how to become a cowboy; she falls in love with another cowboy who is killed by a bandit, who she then shoots dead in retaliation; she grieves; she falls in love again, this time with a Comanche warrior, who she married but leaves behind to shepherd her family across the Oregon Trail. Later, Elsa is shot with an arrow by a Lakota Warrior who mistakes her caravan for horse thieves.

Elsa does not immediately die, but because the arrow has been dipped in manure to insure infection, she — and everyone else — knows that she will eventually succumb. The final episode covers the last leg of the trip. James Dutton insists that wherever their daughter dies, they will set up a permanent home so they can visit her burial ground daily. Elsa insists on choosing the exact spot. She and her father leave the caravan and ride together on horseback for two days until Elsa finds the spot. James leans against a tree and holds her until she passes, and then James sobs. It hurts to watch, and it burns one of those indelible images that will stick with me for a very long time. 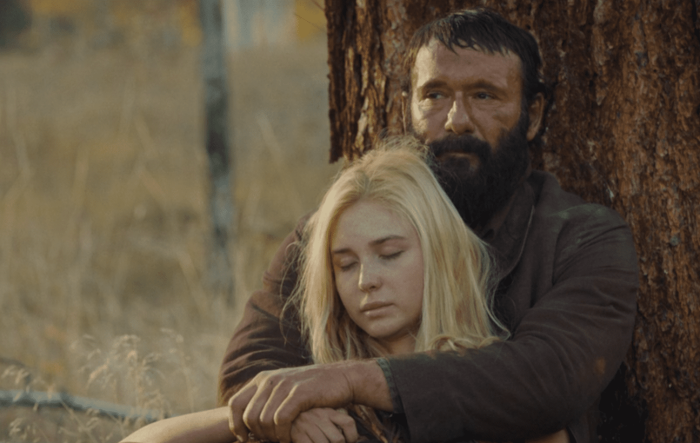 That’s the overview that leaves out a lot of the details, including the massacre of most of the rest of the caravan; Josef losing his wife and a leg to a snakebite; and Thomas and his girlfriend Noemi setting up their new home somewhere along the way. Somehow, Sam Elliot’s Shea gets the “happy ending,” which is to say: He made it to the ocean so that his late wife could see the waves through his eyes, and then he blows his brains out.

An issue I’ve had with Yellowstone all along has been why the ranch — this huge piece of land in a sparsely populated state with what I assume are other huge tracts of land — is so sacred to the Dutton family. What is the mystique? Why do they fight so hard to protect it? At the very least, 1883 answers that question: James and Margaret Dutton went through the worst kind of hell and sacrificed a daughter to start a new life in Montana. I don’t know if there’s anything to the theory of intergenerational trauma, but if there is, it makes sense why the present-day Duttons are so stubbornly attached to the ranch.

I should note, however, that in the finale, a member of the Crow tribe (played by the phenomenal Graham Greene) provided some medical aid to Elsa and directed James toward a land of “Paradise” in Montana, although he extracted a promise from James in exchange: Not only could the Crow hunt on their land, but the Duttons could only hold the land for seven generations before they had to give it back to his tribe. James Dutton agreed, and by my count, the youngest Dutton, Tate (Kayce’s child) is the sixth generation of Duttons. Keep that in mind for Sheridan’s inevitable Yellowstone sequel set in the next generation of Duttons.

(*I say the season “so far,” because while this week’s episode was originally written as the season finale, Paramount+ added extra episodes onto the end of the season, although no details — or even an air date — have been given for when those will be released. One of the show’s executive producers told The Hollywood Reporter that 1932 was originally intended to be the second season to 1883, but now these additional episodes will presumably provide a bridge between the generations and prequels).


← The Invasion Will Not Be Televised: Social Media Covers Russia's War | End Your Black History Month With Amber Ruffin And The ABCs Of White Privilege →