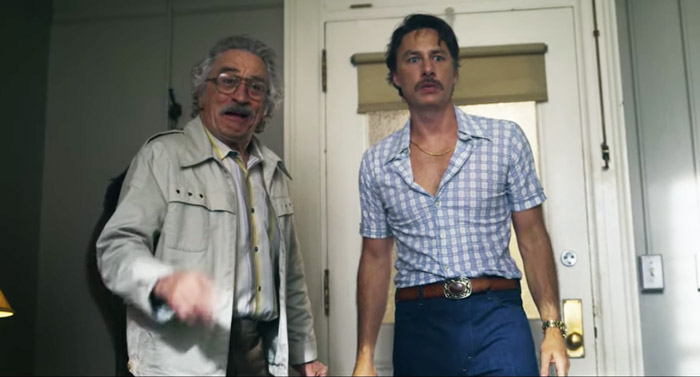 What Are Robert De Niro and Zach Braff Up To?

With four Oscars between them, Robert De Niro, Morgan Freeman, and Tommy Lee Jones are teaming up for the showbiz comedy The Comeback Trail.

Imagine The Producers but instead of being about a Broadway show designed to fail, it’s a movie production. That’s more or less the premise of The Comeback Trail, which pits these heavy hitters of drama against each other for laughs. There’s some mobsters, a deadly murder plot, and Lee playing a cowboy named Duke Montana. Plus, Zach Braff’s showing off his chest and he’s got a big ol’ mustache. Does that do anything for you?

The Comeback Trail opens in theaters on November 13.