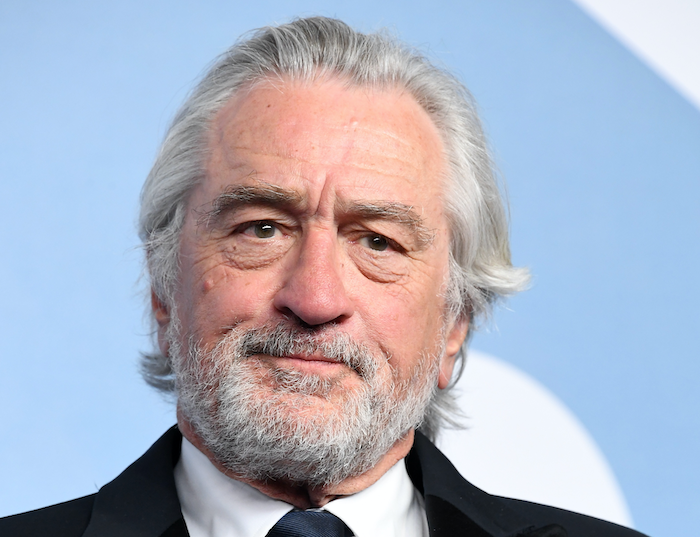 There comes a time in every person’s life when they wake up in the morning, look in the mirror and think to themselves “Self, today is the day I threaten to blackmail Robert De Niro.”

Hey, we’ve all been there, and if you haven’t yet … well, just give it time. It turns out that his ex-employee (you know, the one who was fired for watching a shitton of Friends on the clock?) woke up at the end of the summer last year and decided just that.

The Oscar winner filed new documents alleging Graham Chase Robinson sent him an email in August 2019 claiming she would divulge private information about the actor.

According to court documents obtained by PEOPLE, the email “contained veiled threats that if Robinson’s demands were not met, she would publicly disclose information of a personal nature regarding De Niro.”

Look, far be it from me to keep you from following your dreams, and if you dreams just so happen to be blackmailing Robert De Niro, well…I would just prefer you do it with my guidance than without because that’s a pretty big task to take on yourself. Believe me, I know.

Step 3: Seriously, don’t do it. You know he has legitimate connections to the mob, right?

Step 4: If you have to do it, don’t do it in writing like over email, OK? That’s really dumb to leave that obvious of a paper trail.

Step 5: But seriously, of all the rich celebrities to go after, Robert De Niro is basically your worst option. Go after a dorkier celebrity, like Josh Radnor. I Googled it. It doesn’t look like he has any mob connections.

Step 6: Watch Heat. Watch that movie instead of blackmailing him, and you’ll have a productive day because remember—Robert De Niro will f*ck you up. He has more money than you, and also, he knows people you don’t want to mess with.

Step 8: Go on a walk maybe the fresh air will knock some sense into you.

Step 9: Consider blackmailing Nic Cage instead. He may think you are a brilliant performance artist, and give you a dinosaur bone as a reward.

Step 10: If all else fails, follow your heart. Just don’t say I didn’t warn you.

Well, there you have it friends, I hope you found it as educational as I did, which was not at all. Thank you and good night!

← No, Men's Testicles Cannot Taste Soy Sauce | Can You F-ing Not? A Message to the Dudes Killing Off Nancy Drew →