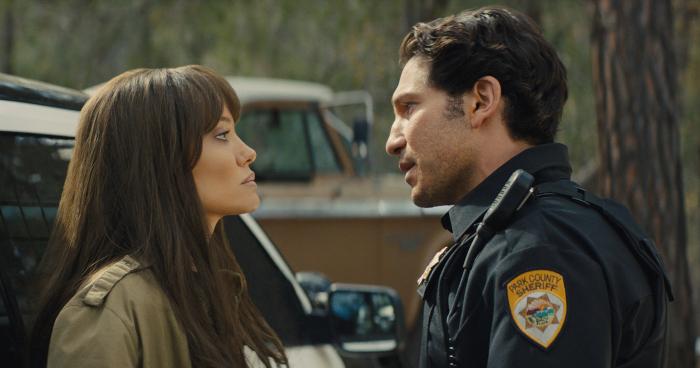 Review: 'Those Who Wish Me Dead' Is More Like '(Run) Forest Run'

Those who may remember director Taylor Sheridan from his acting days — specifically, as Danny Boyd in Veronica Mars or as Deputy Chief David Hale over the first two seasons of Sons of Anarchy — may have been surprised to see the same guy writing and directing well-regarded films like Hell or High Water, Wind River, and Sicario, or writing and running point on Kevin Costner’s Yellowstone TV series. You hate to judge a book by its cover and all, but he hardly looked the part of prestige writer/director. 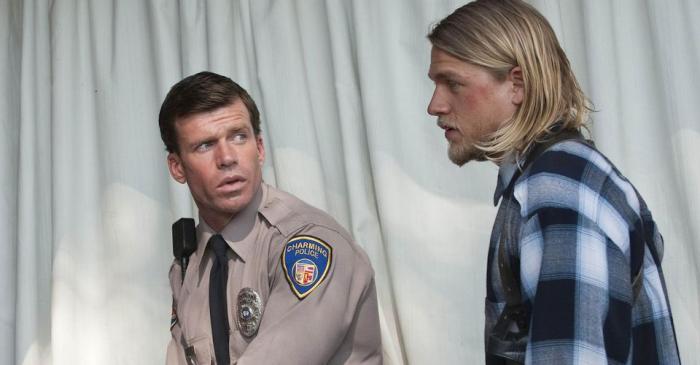 On the other hand, he looks exactly the part of the director of a film like Those Who Wish Me Dead, the sort of B-movie Western thriller that might otherwise star Kevin Costner or Gerard Butler, save for the fact that Sheridan’s clout attracted the likes of Angelina Jolie to the film. It’s refreshing to see Jolie in a blue-collar role — she plays a Montana smokejumper (a firefighter who enters into the scene by parachute) — but it’s also hard not to believe that she’s also been woefully miscast. Jolie is a fine actress, obviously, and very capable of getting lost in a role, but smokejumper feels ill-fitting, like casting Helen Mirren as a car mechanic or Timothée Chalamet as, uh, a smokejumper. It just feels like Evelyn Salt going undercover as a firefighter.

Jolie’s character, Hannah Faber, is suffering from PTSD after she wrongly predicted which way the wind would blow during a Montana forest fire the previous year, which resulted in the deaths of three kids, who she witnessed being engulfed by flames. Meanwhile, in Florida, a forensics accountant (Owen Casserly) sees on the news that his boss, a local district attorney, was killed, and he flees with his son, Connor (Finn Little), believing he will be the next target. The information he holds — which implicates governors and Senators, etc. — is such a MacGuffin that the information is never actually revealed.

Owen drives toward Montana to hide out with his sister, Allison (Medina Senghore) and her husband, Ethan (Jon Bernthal). En route, the two assassins — brothers Jack and Patrick Blackwell (Aidan Gillen and Nicholas Hoult, the latter of whom is also weirdly miscast) — take out Owen but his kid, Connor, gets away with information given to him by his father about a mob boss played by Tyler Perry.

That’s the setup, but most of the movie entails Connor and Jolie’s Hannah — who he encounters in the Montana woods — running from the assassins, who set a massive forest fire to smoke them out. Bernthal and Senghore get involved, too, and there’s a lot of shooting, a lightning storm, and a big-ass fire, but there’s not a lot of story or character development.

There is, however, a lot of bad writing. To wit, a quiet scene in which Hannah explains to Connor, who is about 12-years-old, how to build a campfire because “it’s like catnip for teenage girls, and voila, you’re swapping spit with a cheerleader.” Connor, in turn, says to Hannah, “You look sad to me,” and so Hannah pours her heart out to a 12-year-old about three kids “about your age” who died in a fire and how she feels responsible.

Hannah: “They got caught in a fire and all I could do was watch.”
Connor: “I watched my mother die of cancer.”
Hannah: “It is impossible to feel sorry for myself around you.”

I want to say that the action scenes are decent, at least. The gunfights are sufficiently intense, and Aidan Gillen is a terrifically menacing assassin (Nicholas Hoult, less so). The fires, however, look like CGI fires, and for a film that seems to be built around a character whose occupation is that of a smokejumper, there’s surprisingly few smoke jumps. Disappointingly, there’s not that much fire, either. Backdraft, this is not.

It is not a bad film, but it is decidedly mediocre. It says nothing, and it doesn’t even try, and the performances are mostly unremarkable. It’s a film that belongs in the Liam Neeson thriller subgenre. It’s competent, and it’s mostly not boring, but it’s not thrilling enough to matter as much beyond a watchable time-killer. It’s certainly not a movie that deserves a title with a lot of faux-profundity like Those Who Wish Me Dead. It warrants a one-word, generic title like, Smokejumper or The Fire or Forest Run. Still, it’s nice of Sheridan to finally fulfill the role of mediocre director best suited to a guy who looks like Deputy Chief David Hale.


← Review: Haifaa Al Mansour Returns to Saudi Arabia for the Satisfying 'The Perfect Candidate' | Keegan-Michael Key Hosts 'SNL' and Shows Them How It's Done →