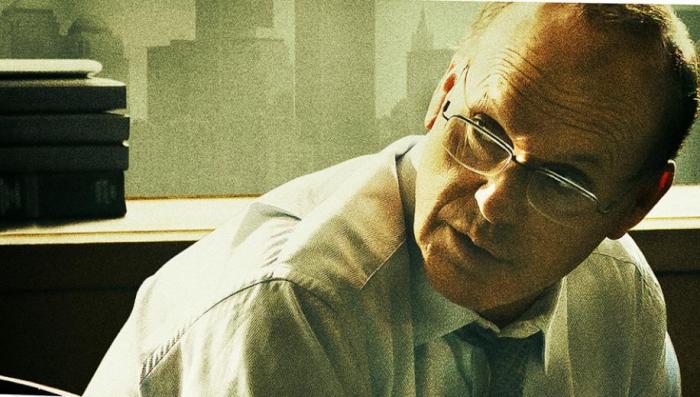 Review: Netflix's Captivating 'Worth' Asks Us to Place a Monetary Number on the Value of Life

“What is a life worth” is the question at the center of Netflix’s Worth, a far more fascinating movie than I might have expected for a film that’s essentially about actuarial tables. It works because screenwriter
Max Borenstein (the Godzilla movies) tells some of the stories behind those tables, and because Michael Keaton and Stanley Tucci make it work by sheer force of their warmth, charm, and empathy.

It’s a strangely compelling premise, too, centering on a huge but little-discussed issue after the September 11th attack: The 9/11 Victim Compensation Fund. I think we all knew that such a fund existed, but aside from those who personally drew from it, I don’t think many of us put much thought into it.

Michael Keaton plays Ken Feinberg, the (Democratic) attorney appointed as special master for the Victim Compensation Fund. His job is to figure out how to distribute the $7 billion in funds to the families of the World Trade Center victims. This is particularly complicated because he has to place a monetary value on those lives: How much is each victim worth? The professions of the victims range from janitors to CEOs, and while some of the hourly workers might be content to receive $200,000, the families of the CEOs and other higher-paid individuals (represented by Tate Donovan in full Tate Donovan mode) feel they deserve more.

The issue is further complicated by the fact that Feinberg has to convince at least 80 percent of victims’ families to buy into the fund, otherwise, the lawsuits against the airlines would bankrupt them, which would consequently bankrupt an American economy that depends upon those airlines.

Another complication is Charles Wolf (Stanley Tucci), who lost his wife in the World Trade Center attacks and is an early critic of Feinberg’s fund. The real Charles Wolf had less of a role to play in the actual distribution of the fund, but here he serves as a stand-in for the concerns of the families. Chiefly, he is against the idea of using Feinberg’s mathematical formula to determine the value of a life (Feinberg’s formula factors in salary, number of family members, future earnings potential, etc.).

I don’t want to say too much else about how it plays out and spoil the film, but Borenstein and director Sara Colangelo do a remarkable job of fitting a movie about math in the wake of tragedy into a three-act structure, hinging the climax upon whether Feinberg is able to secure the 80 percent of families necessary to supposedly prevent the collapse of the American economy.

The film also works because it puts faces to the statistics: We meet several families grappling over whether to accept the benefits from the fund. The wife of a firefighter, for instance, initially refuses what is offered to her and her children, but her case turns thorny when she learns that her late husband had two children with a mistress who would also benefit from the fund. There’s also a gay man who lost his partner in the attack, who is appropriately aggrieved that the victim’s disapproving parents would receive the benefit (this was before gay marriage was legal in most of the country) instead of his lifelong partner.

The film would not work, however, without the talents of Keaton and Tucci. Tucci’s character, with his sad eyes, widower sweaters, and beautiful unseen forearms, tries to gently and reasonably persuade Keaton’s Feinberg to look beyond the numbers and see the families as people. Keaton brilliantly pulls off that practical but compassionate Dad vibe, and does a remarkable job himself of turning an attorney into a human. I don’t know anything about the real-life Feinberg, but I do know that he’s very lucky to have been played by Keaton.

It’s a terrific film, and almost immediately compelling because it also invites us to figure out how to put a monetary value on life, though we know as well as the victims that no amount of money can replace a loss. But what would we be willing to accept?

← Review: Ruthless 'Wild Indian' Recounts a Compellingly Potent if Overly Sparse Tragedy of Assimilation | 'The Chair' is Unwilling to Acknowledge Its Greatest Adversary →