Review: John Hawkes and Logan Lerman Bristle Against Each Other in the Familiar But Still Touching ‘End of Sentence’

There is sometimes more honesty in death than in life. Secrets are revealed, hidden information brought to the forefront, revelations that were never before voiced finally given an opportunity to do so. (Think of the recent Driveways, and how what Hong Chau’s character learns about her sister after her death alters her entire understanding of their relationship.) Something similar is happening in End of Sentence, the feature debut from filmmaker Elfar Adalstein. The road-trip drama starring John Hawkes and Logan Lerman follows father and son as they travel to Ireland, learning more about their wife and mother, respectively, then they ever knew in life. A subtle indictment of the kind of myopia that can ruin familial relationships, End of Sentence is sometimes a little too familiar and sometimes a little too willing to villainize its female characters, but Hawkes and Lerman work as a duo struggling to connect.

The film’s first scene is possibly its most efficient in laying out who these characters are and their varying, sometimes conflicting, motivations. Frank Fogle (Hawkes; here is your reminder to rewatch Deadwood: The Movie immediately) and his wife Anna (Andrea Irvine) arrive at the Alabama Correctional Facility, where their son Sean (Lerman, mostly doing a passable Shia LaBeouf impression throughout) is doing time. Frank refuses to go inside; he maybe never has. Anna, forced to remove her headscarf when she goes inside, is dying from cancer. It’s the last time Sean will ever see his mother: “Don’t let the past control you, Seanie,” she advises, before they hug and break the rules on no touching. Outside, Frank speaks to a prison guard about how people transition back into life outside once they’re released. “Shouldn’t be hard, should it?” Frank says hopefully, thinking that Sean is young—he should be able to get a job, start again, do better this time. He’s visibly deflated, then, when the guard informs him that a second chapter is often “next to impossible.” 87 percent of thieves end up in prison again. The system is rigged. And Sean—well, Sean might not make it. 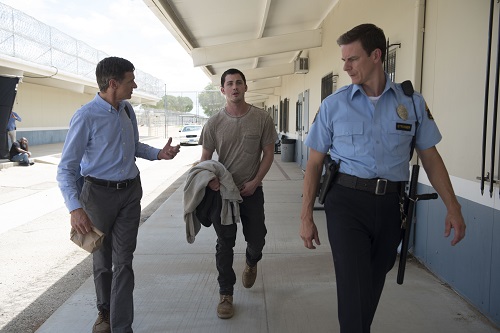 Some time later, after Anna has died, after the funeral, after Frank carries the urn of her ashes in his lap as he drives home because he worries about the logistics of buckling the urn into the passenger seat, after Frank burns his first attempt at cooking dinner, after he finds packaged meals for him in the freezer, prepared by Anna’s hand, after he eats alone and begins the routine of fully being alone, he arrives at the prison to pick up Sean after his release. But those years when Frank didn’t visit Sean—and whatever schism existed between the two of them before Sean was incarcerated—hasn’t disappeared; it’s calcified. “That’s nobody,” Sean says to the prison guard escorting him out when Frank appears. But that “nobody” was given a dying task by his wife and Sean’s mother: to take her ashes to Ireland and scatter them over a specific lake in the north of the country. And for both her husband and her son to do it together.

“Some things you don’t question, you just do,” Frank insists, a notion at which Sean scoffs. But when Frank follows that up with “If we do this, you’ll never have to see me again,” Sean begins to waver. Soon they’re on a plane to Ireland, then packed together in a tight rental car, making their way through a beautiful country they’re both too angry to really appreciate. They’re tied together by grief, but neither sees it that way. At the wake in Dublin, surrounded by Anna’s family and friends that Frank barely knows by name—and mostly never met—the distance between father and son is deeply felt. Until Frank learns of a moment in Anna’s history that he didn’t expect, a reveal that unites father and son in their ignorance.

Anna’s “little secret” threatens to derail the trip entirely, as does the baggage Frank and Sean both carry. Frank, a stringent rule follower, doesn’t understand why his son was always so rebellious, why he couldn’t get his act together. Sean, who has memories of abuse at the hands of his grandfather, blames Frank for never standing up for him. Wrapped up in so much pain from the past, the two try to make sense of what they’ve learned about the one woman whose love they had in common. 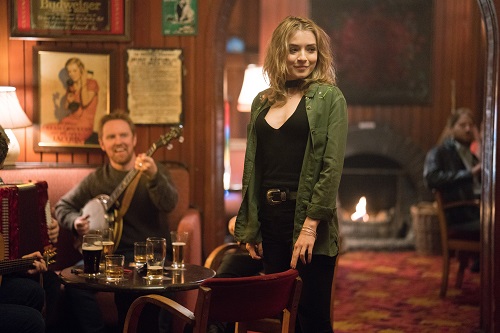 There’s a certain familiarity to the approach of End of Sentence because the road trip subgenre doesn’t allow for much deviation; the whole point is characters being confined to small spaces with people they can’t stand, and the film mostly sticks to that. Within that narrowness, though, Hawkes and Lerman work well together. Neither character is given astonishing amounts of depth, but each is empathetic in his own way, so much so that you understand their frustrations with each other without really being able to determine which one is right. (It’s particularly nice to see Lerman again after he stepped away from the limelight for a while; between this, Shirley, and Hunters, he’s put together some solid work.) It’s frustrating, though, that the movie doesn’t extend the same generosity to its female characters—either to Anna, whom we only really know through secondhand stories after she dies, or to the hitchhiker Jewel (Sarah Bolger), who accompanies Sean and Frank on their trip. She’s more a plot device than anything else, and the excursion the film takes involving her character makes for some tonally discordant hijinks.

There are questions End of Sentence could have asked of its characters that would have pushed this narrative into weightier places, like how Sean’s time in prison has shaped his approach to life afterward, or how Frank’s childhood made him into the man he is, or even what kind of marriage Frank and Anna had, or what kind of mother Anna was to Sean. The backstories that the film doesn’t build are what keep us from full immersion into this story, into the tension that Frank and Sean are, slowly but incrementally, trying to work through. But how End of Sentence presents the self-sacrifice required to start over is thoughtfully considered, and for the performances of Hawkes and Lerman alone, it’s worth watching.

End of Sentence is available for digital rental or purchase on Prime Video, Google Play, and YouTube. 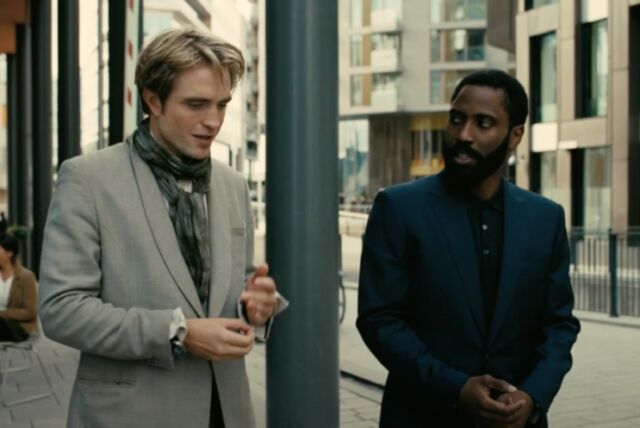 'Tenet' Pushed, as the Summer Blockbuster Window Continues to Narrow

Review: The Cast Spike Lee Assembled for ‘Da 5 Bloods’ Elevates Its Exploration of the Sprawling Effects of American Immorality