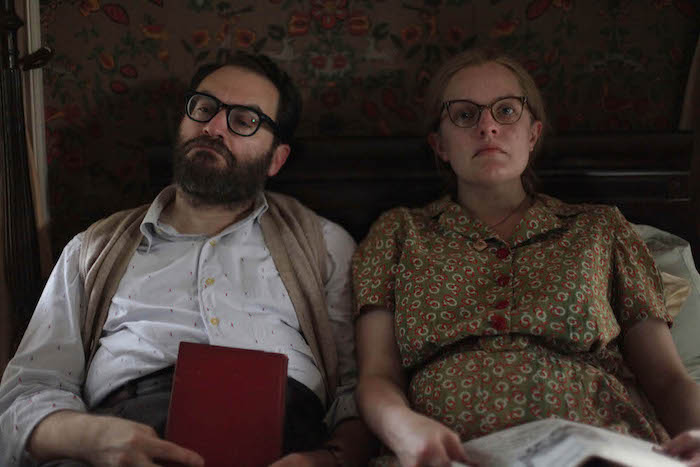 There is no genre more prone to being unbearably dull than the biopic, and no biopic subject more prone to being dreadfully boring than writers. As a writer, I feel qualified to make the sad but true observation that the craft of stringing words together could not be worse suited for the screen; there is little in the world less inherently cinematic than the act of slowly filling a blank page with scribbles. As such, the few writer biopics to have been made over the years that don’t recall watching paint dry tend to be built around incidents in a writer’s life outside their craft, like Kill Your Darlings and Can You Ever Forgive Me?, or better yet make a significant departure from standard biopic protocol to present a more impressionistic portrait of their subject.

Shirley takes the latter approach towards acclaimed horror novelist Shirley Jackson, the author behind such iconic stories as “The Lottery” and The Haunting of Hill House. Adapted from a novel of the same name by Susan Scarf Merrell, the film weaves a largely fictional tale about Jackson’s writing of her second book, Hangsaman, partially inspired by the disappearance of Paula Jean Welden, a student at Bennington College, where Jackson’s husband Stanley Edgar Hyman was a professor. To this factual basis, Shirley adds the fictional Nesmers into the mix—Fred (Logan Lerman), a graduate student just hired as Hyman’s teaching assistant and his pregnant young wife Rose (Odessa Young)—who end up living with Hyman and Jackson in an arrangement originally meant as a brief stopover that quickly spirals into something far more long-term. As the ambitious but unremarkable Fred disappears into his work, dreaming of a tenure track position, Rose is left home alone with the agoraphobic and frequently cruel Shirley (Elisabeth Moss), who gradually develops something of a fascination with the younger woman who she comes to see as both muse and hapless plaything.

While the fundamental approach Shirley takes has potential and is technically well-executed under the deft direction of Josephine Decker, best known for the well-received 2018 coming-of-age drama Madeline’s Madeline, the story itself is a maddeningly familiar journey down well-trod narrative paths. While many great biographical films take considerable artistic liberties, they do so in ways that speak specifically to the nature of their subjects and their legacies. That’s what makes a film like I’m Not There or Pablo Larráin’s lyrical “anti-biopic” Neruda fascinating. It’s also precisely what Shirley is not. This is not a film that takes liberties to say something new and exciting, but writes over Jackson’s story for a generic pile of clichés endemic to the genre she helped shape.

The most frustrating thing about Shirley is that it is, in its individual components, technically good and occasionally even great. Decker’s directorial chops are undeniable. Sturla Brandth Grøvlen’s darkly dreamy cinematography hits all the right notes. Sarah Gubbins’ screenplay is solid even if somewhat self-indulgent in its navel-gazing, as is only befitting its academic ivory tower setting. Moss is great, as usual, as is Michael Stuhlbarg as the gregariously charming but quietly repulsive Hyman, and their utterly toxic and yet strangely reciprocal partnership is easily the most intriguing relationship dynamic on display. That said, Odessa Young is the real standout among the cast, bringing a remarkable depth and nuance to Rose and her tale of an ingénue’s fall into disillusionment that in other hands could have easily been something irredeemably trite. It’s still a tired old story, but she manages to make it remarkably watchable even if she can’t save it from being what it is.

Ultimately, in Shirley and Rose’s cat-and-mouse games, Shirley adds its name to the utterly overstuffed ledger of women-led dark psychological films positing a link between genius and madness that add a generous dash of lesbianism for taste like red pepper flakes, because from Black Swan to Hanna, there’s nothing like throwing in some girl-on-girl action for spice.

Sure, many entries of this well-populated lineage, Shirley included, have undeniable artistic merits, from Heavenly Creatures to Mulholland Drive. I will not deny them that. Nor will I deny that I, as an alumna of a women’s college, have a special loathing for tropes feeding off of the infuriatingly pervasive notion that women, left to their own devices away from the watchful eye of men—or simply in a predominantly female environment, such as an all-girl campus—descend without fail into a spiral of psychotic lesbian lust. The thing is, this notion is just as pervasive outside the movies as in them. The same tropes are at the core of Jay Dixit’s delusional 2001 article “The Highly Charged Erotic Life of the Wellesley Girl,” which Rolling Stone deemed worth printing for some reason despite being several thousand words of lecherous nonsense that real-life Wellesley students still read and cackle over as a bonding activity to this day. More unsettlingly, these themes are also at the twisted heart of the disturbed, sexually violent, usually anonymous but almost certainly male-penned letters our college newsroom tended to receive every now and then. We laughed over those too, albeit more nervously.

To be clear, like most narrative tropes, it is not the base existence of what I like to call the “psycho lesbian thing” that is inherently problematic, but its utter pervasiveness within the psychological drama/thriller subgenre that presents the issue. Does it make a difference that Shirley is a film directed by a woman, from a screenplay by a woman, adapted from a book also written by a woman? In the details of execution, there are indeed notable differences in terms of a humanizing as opposed to objectifying gaze and a preference towards more traditionally feminine symbolism, yes, but when you get down to fundamentals, the answer is no, not really. It’s still a tired and cranky old tale that’s been done and done well dozens of times in recent memory alone and is both deserving and long overdue for a much-needed rest.

If anything, in its blurred lines between fantasy and reality that invites viewers to question whether many sequences might in fact be taking place inside the author’s head, Shirley feels like an attempt to bring the utterly unfilmable, unsettlingly opaque Hangsaman to screen—a tale about a young woman who is lost in every sense of the word, meets people who may or may not be real, and in which many vague horrors, or perhaps nothing, occurs—which seems inherently reductive and even contrary to the whole point of the novel. At the end of the day, Shirley is a well-made but disappointingly generic tale that doesn’t have anything particularly interesting to say about Shirley Jackson or anyone else, for that matter, and it’s a damn shame.

Shirley comes out on VOD and streaming June 5. 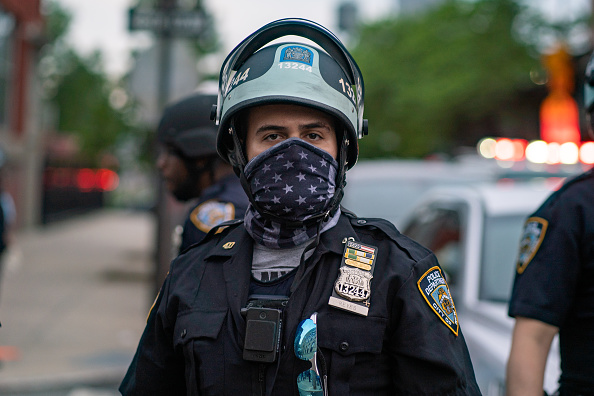 Why We Say 'There Are No Good Cops' 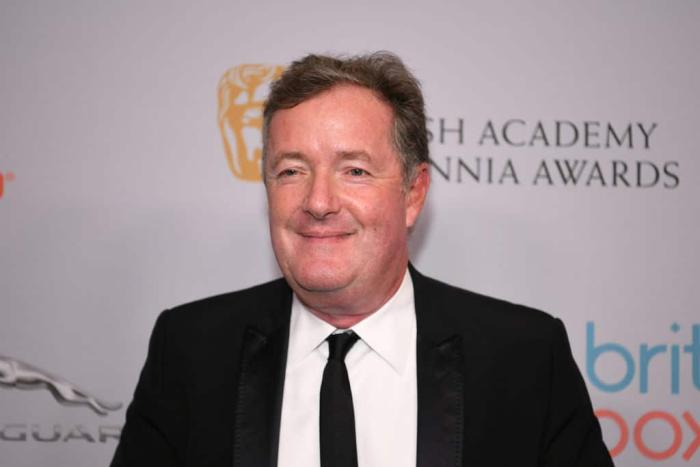 Don’t Be Fooled: Piers Morgan’s Sudden Political U-Turn Is All About Looking Out For Piers Morgan