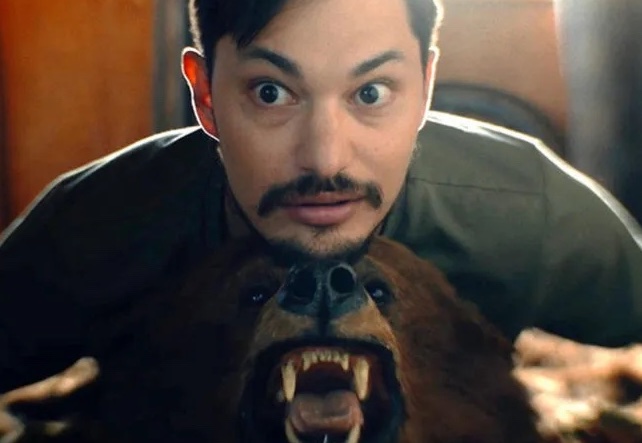 Fantasia Review: 'Hypochondriac' Is More of the Same But Different

I wasn’t all the way convinced that another story about the violence of mental illness and the horror of trauma was something I wanted to carve out time for in 2022. But, Hypochondriac banged down my door with some important twists on the familiar genre staples. For Addison Heimann’s crack at exploring the horrors of the fragile psyche, he took on inherited mental illness adding in elements of queerness and race.

Will (Zach Villa) is the grown-up child who experienced immense trauma at the hands of his mentally ill mother. Her delusions and paranoia led her to almost take his life, and he’s since worked to distance himself from her. Now, a young adult, Will is a compassionate friend and partner trying to survive the modern world of thankless jobs, vapid bosses, and delicate personal relationships. But Will’s daily life isn’t just mired by the whims of his employer, he’s also spooked by the possibility that he’s inherited more from his mother than her good looks. Newly haunted by similar delusions to hers and a sudden change in his physical health propelled by stress, Will becomes increasingly afraid. Grasping only to the amount of support he lets himself have, he fights to avoid becoming the type of person a younger him would have feared.

The film is an exploration of inherited trauma and unglamorous manifestations of it, not unlike cohorts Relic and Daniel isn’t Real. It doesn’t break a ton of new ground, but its spins certainly make it a worthy part of the conversation. Its nightmarish tone paired with its head-on cinematography muddies up the separation of reality and delusion in a way that bolsters its tenor. Then, of course, there’s the Donnie Darko riff in Will’s wolf vision. Though it isn’t also paired with the cosmic trip approach to the story of troubled youth, it does enough to wink at an older generation with a story for the new. The “next gen” of it all comes via the elements of modern frustrations like being truthful about illnesses at work leading to layoffs, and supportive friendship often coming by way of grounding a pal during their panic attack.

The magic of Hypochondriac isn’t its portrayal of trauma and mental illness (truly, these words are difficult to even type in earnest), but in the very real version of young adults bouncing around a dismissive healthcare system en route to mental health support. Throughout scenes of Will losing himself and experiencing increasingly alarming visions, he visits multiple healthcare providers who remain dismissive of him, spend limited time with him, and ask him, “Are you stressed?” with a smile. Your nightmares might be haunted by the scenes of a bloody knife, but mine are cursed by the toothy grin of NP Chaz (Michael Cassidy).

In a lot of ways, Hypochondriac overstays its welcome. There’s a lot of authenticity to Will’s experiences, especially when flooded with frustrating conversations with his stoic father and arguments with his partner, Luke (Devon Graye), that he keeps at arm’s length. But times where Will explores his past feel stretched, him bouncing around his empty childhood home and having dinner across from the father whose indifferent bit we already had down pat early on. These moments don’t so much serve to advance Will’s story as they do to halt the momentum of it. The speed comes when the audience is the only group in on Will’s delusions and text messages from his mother which add dramatic irony to Will pushing his support system out of his perceived wake. Its ultimately balanced ending shows up just a bit too late after many fake-out ones, though it serves to show that real-life stories don’t end at our worst moments.

By adding a new perspective to horror’s explorations of *extreme Jamie Lee Curtis Voice* trauma, Hypochondriac makes space for itself in the crowd. Though it’s imperfect, the magnetic and warm performance of its lead captivates you just enough to stay with him on his journey. Though violence is a part of this version of illness, Heimann’s story never lets Will feel hopeless or worthless, instead choosing to show the importance of support on a difficult journey.