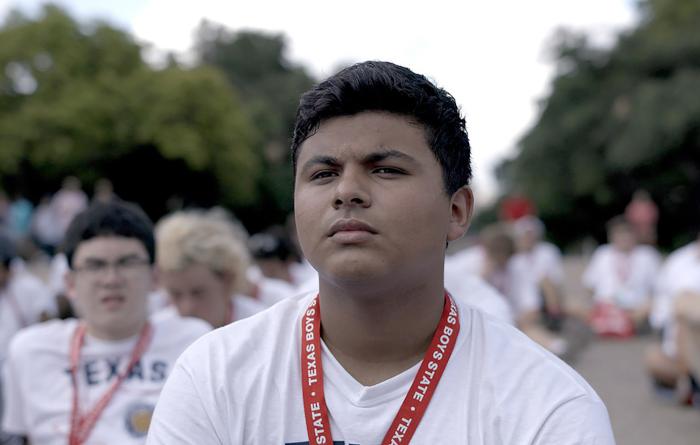 Review: 'Boys State' Is the Perfect Doc for Every Blue State Kid Stuck in a Red State Hell

For the unfamiliar, Boys and Girls State are week-long programs available to rising high-school juniors in almost every state. Students spend a week on a college campus with several hundred of the “best and brightest” in their respective states. The civics-oriented programs are sponsored by the American Legion and condenses the experience of running for office down into a week. During the program, there are around a thousand kids who quickly find their roles within this political ecosystem — campaign managers, candidates, reporters, apathetic kids who are homesick, etc. — and elections are simulated. Signatures must be collected, primaries are held, speeches are given, and there’s a lot of canvassing and lobbying among the students to ultimately select office holders. The top prize is the role of Governor of Boys State.

A number of political leaders over the years have passed through Boys State programs, including — famously — Bill Clinton, or at least, famously to me, because it was repeated multiple times during my Boys State experience, where a number of speakers came through, including future Arkansas governors Mike Huckabee and Asa Hutchinson. High schools also don’t necessarily nominate the “best and the brightest” to attend these programs, but rather — in my experience in the South, anyway — Boys State is designed to perpetuate a network of good ole boys. It’s true that these kids will become future leaders of the state, but that is true with or without the program, which provides not only a hard lesson in civics, but is a foundational networking event.

Not that Boys State isn’t without some merit, as evidenced by Boys State, the documentary from Jesse Moss and Amanda McBaine, which won the Sundance documentary competition earlier this year and debuts on Apple TV+ this Friday (August 14th). It’s a terrific, powerful documentary, and it does a remarkable job of capturing the experience of attending Boys State and reducing it down to an hour and 45 minutes. Depending on your political perspective, and the state in which you attend, Boys State can be inspiring or disillusioning or both. Though it is comprised of several hundred 17-year-old boys, the program is surprisingly good at mimicking reality, at least in spirit.

Boys State, the documentary, is set in the Texas program, and though it is a different state, in a different decade, under a different President, nothing seems to have changed all that much since I attended. Texas is a conservative state, and much of their Boys State members will ultimately form the next generation of good ole boys, but as this documentary illustrates, there are glimmers of hope, glimmers that will probably be crushed into a fine powder and snorted off someone’s ass by a future corrupt Republican politician. Boys State is a painful reminder of what it’s like to be a progressive person in a very conservative state and yet somehow manage to hang on to those progressive values despite all of the peer pressure to cave. “Listen to the f*gg*t talk,” was the refrain I most often heard from the back of the class whenever I spoke in a political context. Based on this doc, it doesn’t feel like things have changed that much.

Here, it’s Steven Garza — a candidate for Governor of Boys State — who gradually becomes the chief focus of the documentary. He is Latino; he comes from immigrant, working-class parents; he was inspired to get into politics by Bernie Sanders, and he helped organize and marched in a March for our Lives rally. It is astounding how easily the latter can be used as a political weapon against an earnest kid who genuinely is interested in running for office to make positive changed to the world. These are 17-year-old boys arguing that another 17-year-old will take away their guns. The brainwashing starts early, y’all.

Meanwhile, Steven is pitted against a political hate machine that — as in reality — is more interested in the power of politics than in their transformational potential. Steven’s political opponents — and even some of his allies — make no secret of the fact that they are willing to lie, manipulate, or argue in bad faith to gain their victories. The Boys State program — whether it is intentional or not — ultimately rewards that behavior by showing time and again how effective it is. Trump, after all, did not win because he wanted to make the world a better place — he won by making the alternative look less appealing (also racism. And misogyny).

Likewise, at Boys State, policy differences are quickly set aside in favor of grievance politics, and yet kids like Steven Garza continue on, steadfast in their insistence upon winning — or more likely losing — as themselves against wannabe Ben Shapiros, whose influence here seems far more pronounced than that of Trump. They’re all little mini Scalias, less interested in intellectually supporting their own positions than they are in finding fault with the opposition — a sort of political pedanticism built on bad-faith (honestly, I blame Bill Clinton for this more than I do Trump).

Ultimately, Boys State is a microcosm of our current political system, which is to both its credit and detriment. Boys State is an exceptional documentary — cynical, ironic, witty, and just a little optimistic — but watching it felt like experiencing Boys State all over again. After all of these years, the moral victories are starting to feel really f**king hollow. That said, while Boys State programs do feel like they are designed to further entrench existing power structures, there is at least one Steven Garza to come out of every one of them. Hopefully one day, that Steven Garza will figure out how to make Boys State less a mirror of state political scenes, and more of an aspirational program designed to better the future of politics and mankind.

In the meantime, hang in there, Steven: May you one day be successful enough to be eaten alive by the left!

I figured this summer would’ve been extremely uneventful, and yet even with everything shut down, it wasn’t. This summer, I got my transfer acceptance into UT Austin in June (just got the acceptance letter), contracted COVID-19 in July, and I’m in a film coming out next Friday in August. Here’s hoping this fall is just as “uneventful”. (I also got a haircut!)

← Reddit Asks: What Have You Accidentally Conditioned Your Pet To Do? | Review: 'The Secret Garden' Mistakenly Abandons the Natural Splendor of the Novel →