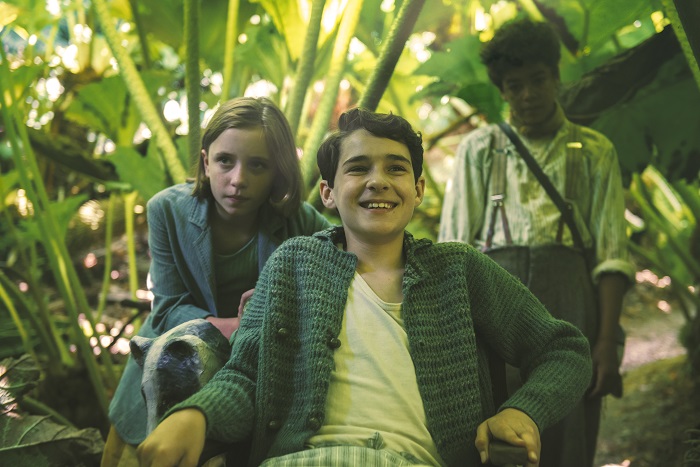 When I was growing up, Saturday morning visits to our local library were a mainstay of my childhood. We would get there right when the library opened at 8 a.m., and my father would spread out The Washington Post and a couple Iranian newspapers on a table, and he would let my older brother and I wander around and read whatever and check out whatever we wanted. At noon, we were allowed to go into the library basement, where there was a used bookstore. My brother and I would inevitably blow our weekly allowances on tote bags full of 50-cent and $1 books, and then we got McDonald’s on the way home. It was a solid routine! I miss it!

Of all those books I bought during that time, my copy of Frances Hodgson Burnett’s The Secret Garden was one of my favorites. It was leather-bound, and had an inside lining of embossed flowers. It smelled musty and old, and the pages were a sort of weathered parchment, and the spine was cracked, and I kept trying to fix it with tape that never stuck quite right, and I read it practically obsessively. I grew into a certain fondness for Gothic-style melodramas (The Woman in White, what’s up!), and I trace that affection back to The Secret Garden, with hidden-away heirs and abandoned orphans and the appeal of finding something beautiful and fragile that needs you to make it better.

Because the garden in The Secret Garden needs people to take care of it. It needs to be loved back into life, and Burnett is very clear about what accomplishes this: People investing the time in knowing the Earth, in learning how soil feels under your fingers, in recognizing the redolent aroma of blooming flowers, in feeling the contrasting textures of the top and underside of a leaf. Nature remains, in so many ways, a mystery. I do not remember how photosynthesis works! But what I do know, and what I love, is seeing a seed that I planted grow. So many of us in the past few months, while trapped inside, have plunged headfirst into plant care because our impact—our time and our investment and our care—can have obvious effects. The tomato seeds we germinated on top of our refrigerator in April are now 3-foot-tall plants living on our balcony. The succulent we bought in June has now propagated into three new plants. I am trying to recreate Annihilation in my apartment! The majesty of the natural world cannot be contained!

I tell you all this because the latest cinematic version of The Secret Garden is, frankly, an utter failure in how it misunderstands the appeal of the titular garden. In the book, the location is not literal magic, and the garden is a sizable, but not vast, plot of land. In this film, though, it has the dimensions of a national park. The damn thing has ancient ruins in it! And, most importantly, the action in The Secret Garden should be about the narrative’s bratty children acknowledging their own brattiness, and realizing that they can be more than just entitled, spoiled descendants of the ruling class. The narrative thrust should emanate outward from these children as they become aware of the power they hold in caring for others, and in bringing forgotten things back to life. In Marc Munden’s adaptation, however, that relationship is switched, and the focus of the story is on these two abandoned children not learning to love others, but learning that they themselves are worthy of love. It’s a shift that entirely removes the children’s responsibility in caring for the garden, and instead subs in character arcs that focus on moving past grief.

It’s a nice, if generic, story, but it’s not The Secret Garden. The changes that Munden and screenwriter Jack Thorne (GODDAMMIT, I CANNOT ESCAPE THE TERRIBLE INFLUENCE OF THIS BLAND MAN) make remove all earthly delights from Burnett’s novel, ultimately stripping the story of its admiration for the natural world around us, and its acknowledgment of the power we hold to make that world better. 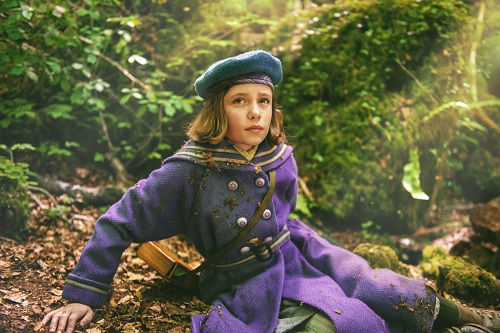 The Secret Garden starts in India in 1947, when young Mary Lennox (Dixie Egerickx, of Summerland) is orphaned after her parents (father, loving; mother, formerly loving, but increasingly depressed and unwell after her twin sister’s death) both die of cholera. After nearly going feral in their abandoned estate, Mary is whisked back to the dreary UK to live with her widower uncle Archibald Craven (Colin Firth, here for the paycheck) at Misselthwaite Manor on the Yorkshire Moors.

Mary is a rude, commanding child, a girl who grew up on stories and who immediately tries to use her parents’ deaths to her own advantage. When served rice and lentils before leaving India, she imperiously tells the other children, “It’s disgusting. I need better food than this, my parents are dead”; when one of the manor’s servants, Martha (Isis Davis), is aghast that tween Mary has never dressed herself before, Mary stomps her foot and insults her. Mary is grieving her parents’ deaths, but she’s also undeniably spoiled, a child who never grew used to other people.

With no one to talk to and nothing to do, Mary sets off exploring, and discovers two secrets. During the day, she crawls under a tall wall utterly taken over by trees, weeds, and ivy and finds herself in an expansive garden, with ruins, waterfalls, mossy rock faces, gigantic trees, palms, and fields of flowers and ferns. The place feels less neglected than forgotten, and Mary claims it for herself. And at night, although explicitly told to stay in her room, Mary ends up finding Colin (Edan Hayhurst), her cousin, hidden away in an off-limits part of the house and kept secret. After his mother’s death, his father Archibald couldn’t bear to spend any time with him, so Colin is confined to his bed, worried that he’ll develop a hunchback, and convinced that he’s too weak to walk. Mary and Colin are perfect for each other in that they’ve both been through hell—losing their mothers at young ages—and ended up horrendously selfish as a result. “I don’t want a friend,” Colin sniffs; “I have plenty already,” Mary boasts. Their grief is similar, but it doesn’t unite them. 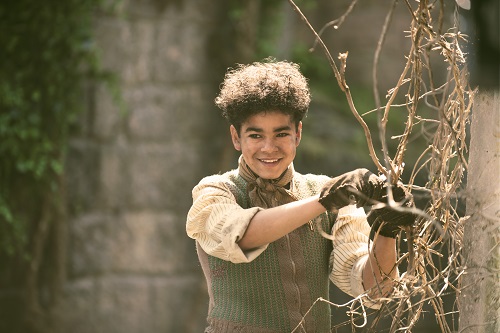 How The Secret Garden progresses past this point is by jettisoning Burnett’s development for each character and making the garden, instead of a tangible place, a location of mythic proportions that is directly tied to Colin’s lineage, Mary’s childhood, and their capability for healing. It is, frankly, too much, so fantastical that it loses sight of the specialness of this story. By becoming so grand in its power, the garden becomes purely an ancillary symbol. Do we ever see either Mary or Colin planting anything? No! They leave that to the help; it is Martha’s younger brother Dickon (Amir Wilson, of Thorne’s other project, His Dark Materials) who we see pruning one rose bush. Otherwise, Mary and Colin mourn their mothers (presented only as blonde women in pretty gowns, laughing together as they prepare for a ball), marvel at their beauty, and try to move past their own guilt over their deaths. It is the garden that heals them, only because “This is a magic garden,” and not because the children themselves learn anything about the natural world, or what it offers them, or what they can offer it.

I understand that The Secret Garden is a movie for kids, and I’m not trying to heartlessly be like, “These kids whose parents died needed to work harder to move past their trauma!” But what is disappointing about this adaptation is how it denies the children any agency, and transforms a story that was about the power of engaging with the surrounding world, at any age, and using your energy to care for another living thing, into one that suggests that such work isn’t necessary. Eventually you’ll just get better is what The Secret Garden seems to suggest, and that feels like a flattening of what we live through, and an ignorance of how the world around us might save us. We just also have to be willing to save it.

The Secret Garden is available for rental on video on demand and digital platforms including Amazon Prime, iTunes, and others as of August 7.

← Review: 'Boys State' Is for Every Blue State Kid Stuck in a Red State Hell | Surprising Celebrity Appearances In The Original Run Of 'Unsolved Mysteries' →