Review: Armie Hammer and Gary Oldman Team Up In 'Crisis' And Whoo Boy...

The opioid crisis in America deals in dirty doctors, corrupt capitalism, and widespread addiction that leads to many lives ruined or flat-out lost. So why is Crisis, a drama that touches on each of these topics, so relentlessly dull? Blame writer/director Nicholas Jarecki, whose sophomore follow-up to Arbitrage is even drier than his white-collar crime “thriller.”

Jarecki splinters his inspired-by-real-tragedies drama into three threads. In the first, Armie Hammer stars as Jake Kelly, a snarling undercover agent working with international drug-dealers in hopes of collaring a kingpin called Mother. The second follows preppy yet charmingly ruffled Dr. Tyrone Brower (Gary Oldman), a professor who has a profitable side-hustle running confirmation studies on in-development drugs. The last leans on single mom and recovering pill-popper Claire Reimann (Evangeline Lilly), who credits the love and support of her 16-year-old son for her sobriety. So, guess what happens to this smiley boy right after he teases his mom about pizza for dinner? You guessed it. He dies from an apparent opioid overdose.

Grief-stricken and shocked, Claire begins an investigation in how her son really died. This could be enough for a Liam Neeson-like thriller about a parent fighting back for the kid the system failed. But hey, don’t you want to know how Jake’s new boss (Michelle Rodriguez) will raise the stakes on his undercover op? Not really? Too bad! And let’s double that down with another arc in which he chases down his junkie sister (Lily-Rose Depp), who flees rehab to run to a flop house. Oh, and meanwhile Dr. Brower is horrified to learn the new drug that’s NOT supposed to be addictive is actually SUPER DUPER ADDICTIVE. While he debates whistleblowing, an exec from Big Pharma (Luke Evans) basically offers bribe money, while his dean (Greg Kinnear) threatens to expose a sexual harassment claim against him, and also his wife (Indira Varma) is pregnant. So pregnant that she doesn’t have time to be consulted with any of this, and can only show up to glow and be supportive in the way of WIVES OF HERO MEN.

All this spins into a finale with a convoluted sting operation, a tense hearing, a bloody shootout, and lots of handsome people grimacing. Yet it’s all about as thrilling as sharpening a pencil.

The problem is Jarecki overstuffs the film with characters, threads, issues, and ideas so there’s no room left for poignance. Hammer is woefully one-note whether he’s growling at gangsters, grunting at his supervisor, or tying up his writhing sister against her will. (yup.) Oldman seems on cruise control, comfy in the easy indignance of an old white man unaccustomed to being challenged much less targeted. For her part, Lilly is riding anguished at a ten from about the ten-minute mark. So, she’s got nowhere to go when her thread derails. While Jarecki managed to get a star-stuffed ensemble into the mix, most are given bit parts so small that they’d fit nicely in a dime bag. From there, it’s as if each of the supporting cast was handed a single expression to employ: Glower. Cower. Nod.

All this means that the emotional beats might be recognized but are not felt. These characters are more walking ideas than they are people. So, Crisis feels like a lecture made up entirely of hypotheticals. The distance in its structure is damning, creating a drama that regards those most impacted by the opioid crisis—addicts—as tragedy props or obstacles for the good guys to overcome. Instead of an eye-opening issues drama of compassion, Jarecki created a listless trudge through tales of corruption and capitalism run amok that are more stale than stirring.

Crisis opens in theaters on February 26, then on Digital and On Demand on March 5.

← 'Superman & Lois' Series Premiere: What Are You Going To Do When You're Not Saving The World? | HBO's 'Beartown,' Marin Ireland, and the Power of an Audiobook Narrator → 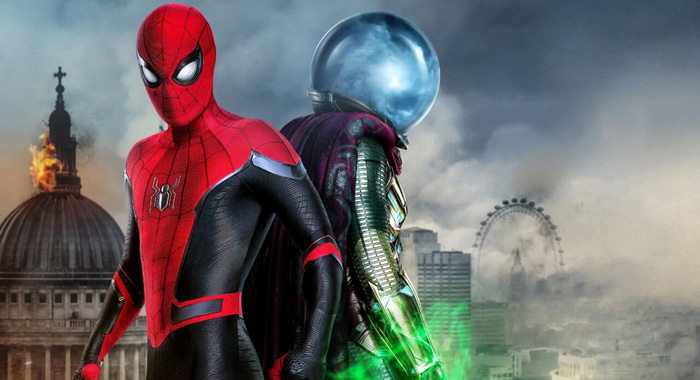