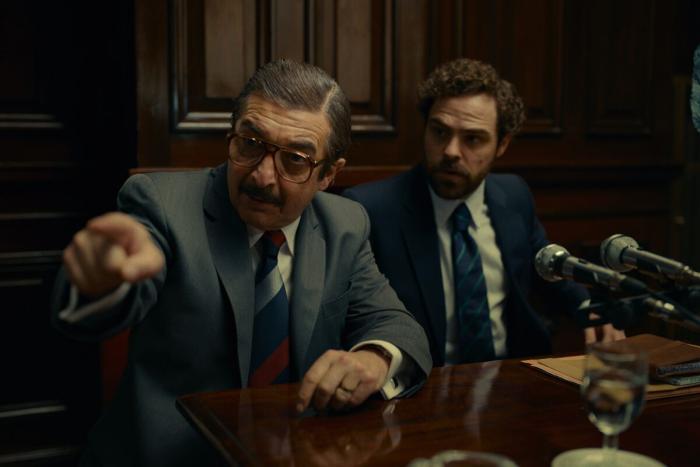 One thing you need to know about Argentinians, or at least Porteños (those from Buenos Aires), is that they are very direct and very familiar with in how they address others and in their language. A reminder that the Spanish language has a whole set of different inflections for addressing somebody in the formal (usted) or in the informal (tú, vos). This is why I’ve always found it almost … comical when you hear Argentinians having to use the culto formal register of the language, the institutional codes you see, for example, in the halls of the Justice system. Or in the speeches of authoritative (or authoritarian) political figures. At best, that language can come across as a straightjacket preventing them from speaking their truth, limited from saying it in a way they know damn well they could say much better, as Argentinians are renowned for appropriating verbosity by giving purpose to each and every word (they have, by far, the best profanity in the culture).

On the other hand, that same formal register has been weaponized by the same kind of people who ran over the Nation’s institutions with a tank. Abusing that register provided them with enough legitimacy for a certain section of the population in Argentina and common to all of Latin America — one that is willing to overlook or justify all kinds of atrocities because this or that general “speaks pretty.”

Imagine the challenge, then, that is having to use that same register to prosecute and indict the very people that made language worthless through a Judicial Power whose legitimacy has been eroded to such a point that said language is the only thing of worth it has. Actually, people in the US do know what I mean.

That’s the setup for Santiago Mitre’s Argentina, 1985, about the Trial of the Juntas — the first time in history that a Civil Court prosecuted the military leaders of a dictatorship — starring Ricardo Darín as Court of Appeals Prosecutor Julio César Strassera and Peter Lanzani as Luis Moreno Ocampo, a then fresh-faced Assistant Prosecutor, plus an expansive ensemble. Yes, this movie is a triumph, because it’s so much more than a courtroom drama.

Santiago Mitre and co-writer Mariano Llinás also had to contend with a particular register of the cinematic language: The courtroom drama, eight-out-of-ten times based on real-life cases, is guided by a series of tropes that, just like the linguistic register of actual courtrooms, can easily become a straightjacket for realities that deserve more than a three-act structure, of unexpected heroes that step up, a team of underdogs going against powerful institutions, an epic closing speech, and bittersweet sentences. Except all of those things were, more or less, what actually happened in reality.

Strassera was actually a career civil-servant, tormented by the guilt of not using his power to protect people during the dictatorship. Moreno Ocampo was a young up-and-comer born to a military family, whose mother went to the same church as Videla and deemed him a stand-up man. They did have to assemble a team out of young solicitors and had to come up with a case in less than six months. That’s barely enough time to prosecute a single, “normal crime” homicide, but they had to do it for 30,000 institutionalized murders and hundreds of thousands of tortured people. And they had to do it while constantly being harassed and threatened by supporters of the dictatorship that were totally not part of the police, secret services, or the military. Not to mention the very real threat of the military cancelling, once again, the fledgling Argentinian Democracy, ousting the newly installed President Raúl Alfonsín (1983-1989) and having the entire team disappeared. Moreover, the trials were televised; there are hundreds of hours of archived material, much of it easily accessible online.

The scale of everything demanded from the writers and director not to fall into the trappings of Hollywood tropes, and without a doubt, they succeeded. The main problem with any film based on real life is their tendency to become hagiographies of the real-life characters, mostly by placing them in the forefront of everything that happens in the world at large, even when they are nothing but spectators (see The Crown). Argentina, 1985 mostly avoids this, as its second half is focused squarely on the victims and their testimonies.

If you have but a bit of political awareness as a Latin American, you’re well acquainted with what the victims of State terrorism went through. I would absolutely say that, before you watch that second half, be mindful of Trigger Warnings for every kind of inhumanity imaginable. But you cannot but watch and listen because the movie deftly solves the issue of all the constraining registers of language I mentioned before. Those testimonies, straight reenactments of the actual ones, can be narrated in the most plain of languages, with barely any adjective or adverb, and they are still worse than anything a brimstone preacher could come up with to scare its flock. The conventions of institutional language are surpassed by what it did just a few years prior; the tropes and enhancement of reality brought about by film and subgenre language are surpassed by using the original text.

A special shout-out must go to Ricardo Darín as Strassera. Darín is to the Argentinian Cinema (itself, the most influential in the Continent) what Amitabh Bachchan was to Hindi Cinema in the 70s and 80s or Mads Mikkelsen to Danish Cinema: An industry in himself. Just like with other exceptional artists, people take what he brings to movies for granted because he always delivers. But he needs to be commended for his performance and certainly should be in contention for an Oscar. Darín has basically played every type of Argentinian man in existence, characters that go from the ultimate chanta grifter to Kafkian victim, but always with a remaining stash of bravado to power him through. Here, we can see him for the first time as a tired man, a man who actually needs to build back his beliefs, but also needs to rebuild an entire country. Also, he does… a very funny gesture to the juntas during the trial, something all of us would’ve loved to do to those officers and a new gif reaction for the ages.

Here is perhaps the only flaw of the movie, in that it is a movie. A miniseries would’ve been able to better cover Argentina’s process of Truth and Justice, one that set the blueprint for all other countries that have actually faced the horrors of their past. I also understand why a movie was necessary. While it is now available on Prime Video, Argentina, 1985 had a short theatrical release in its home country because this is also a movie that we need right now, with neo-fascism on the rise. In Argentina, as a reminder of what actually happened, that the corruption and mismanagement of the current, left-wing(ish) governments is no excuse to feel nostalgic about the dictatorship years (the last one, that is). Same thing with South America as a whole.

And for the USA, you better watch it. You better force this movie on your “the price of gas comes first” parents and relatives. You have to use this as gospel. Because this movie is the only reminder of what’s at stake in the next few years. The parallels between Argentina and the US are not minor.

Argentina, 1985 is what fiction based on real events should be like: Conscious of its purpose, but also conscious of its artistic merits. The first step is making the language you use count. The Trial of the Juntas made language count, in such a way that most of those monsters died in prison. Let’s hope this movie succeeds in teaching everybody (and these entire American Continents, in particular) the words “never again”.

Argentina, 1985 is streaming on Prime Video.


← Was That 'Firefly's' Jewel Staite in 'Quantum Leap'? | With 'Clerks III,' Kevin Smith Somehow Pulls It Off Again →