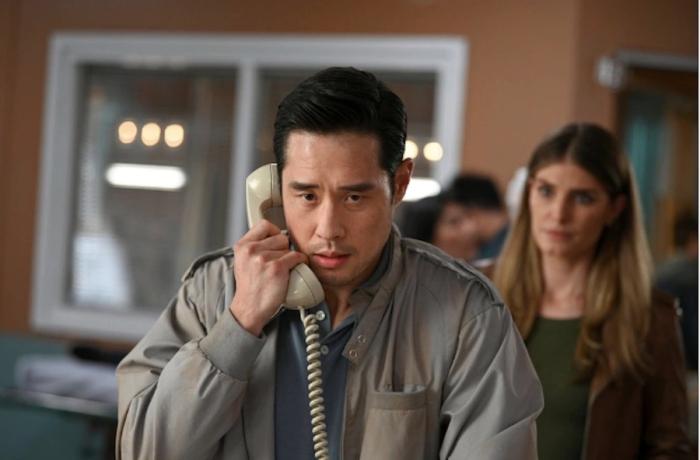 Things Are Getting Very Interesting on 'Quantum Leap'

The “leap” in this week’s Quantum Leap episode, “What a Disaster!” was actually shot to be the leap in the original pilot episode. I find it fascinating how they edited portions of what was originally the premiere and grafted them into the sixth episode, which is about Leaper X and Dr. Ben Song’s relationship with his late mother, which obviously were not storylines when the series began.

The editors grafted the newly written episode seamlessly with the pilot episode originally shot back in March. Mostly. I think the only real continuity error I could detect is when the wife of the person Ben leaped into asked Ben, “How did you know about the [1989 San Francisco Earthquake]?” Ben said, “I just remembered,” with a look of confusion. This was supposed to be his first leap, which explains his confusion about how he could “remember” a moment in the future; sixth episode Ben would understand that it’s because he had leaped into the past.

The leap itself was decent, although I agree with showrunner Martin Gero that it wasn’t the right leap for the pilot episode. On the other hand, in the ep, the wife is played by Firefly’s Jewel Staite, which means that Jewel Staite was originally cast in the Quantum Leap pilot episode! That’s just good fan service for sci-fi fans. 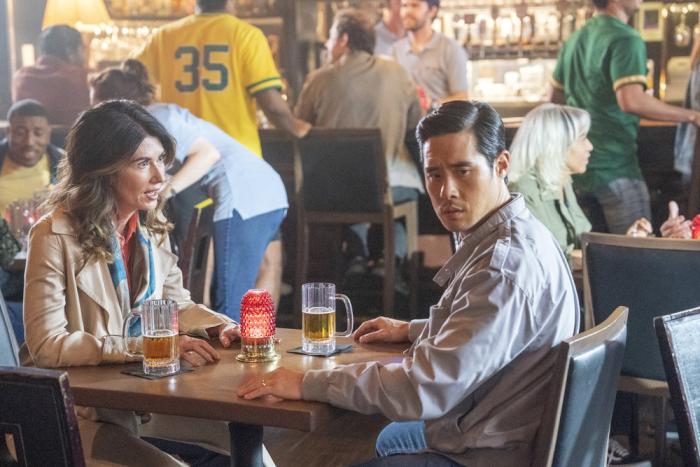 As for the leap itself, Ben’s “wife” (played by Staite) asks for a divorce when the earthquake happens. Ben’s mission is not to save the marriage but to save their son, who runs away and dies in the couple’s old home when it collapses amid the aftershocks. Ben succeeds in saving the kid. That mission would have worked fine in the pilot episode while the rest of the show is doing an exposition dump on the quantum leap accelerator, but it’s better here where Ben is remembering for the first time the death of his own mother, which echoes some of the son’s experience in the leap. Ben even had a sweet moment before his next leap when he called his mother in the past and heard her voice.

Believe it or not, however, the more interesting part of the episode happens in the control room. I criticized the show early on for spending too much time away from Ben and Addison, but the other characters are starting to grow on me, as is the mystery. It’s smartly taking a lot of the elements of the old series — the search for Sam Beckett, the involvement of Al’s daughter, and now the Evil Leaper (or Leaper X) — and working it into the series-long mystery.

Here, we discover that Leaper X — whom Ben encountered in the 19th century in last week’s episode — is a guy named Richard Martinez. He has no knowledge of the quantum leap project in the present. Ian, Ben, and Magic all surmise that Martinez probably leaps into the past sometime in the future. In other words, Martinez has no idea that in five or ten years, he’s going to jump into the past from the quantum leap accelerator in the future. Ian, in fact, wonders if by questioning Martinez in the present, they set him on a path toward becoming Leaper X.

Meanwhile, Ian also believes that when Ben originally jumped into the quantum leap accelerator, he was not only trying to find a particular moment in time, but that moment in time hasn’t happened yet. In other words, Ben wants to use the Quantum Leap project to jump into … the future. Maybe he’s trying to get to the future to stop Leaper X from jumping into the past?


← After Dodging a Beer Can, Ariel Elias Makes Her Triumphant Late-Night Debut | Prime Video's 'Argentina, 1985' Tackles the Trial of the Juntas →