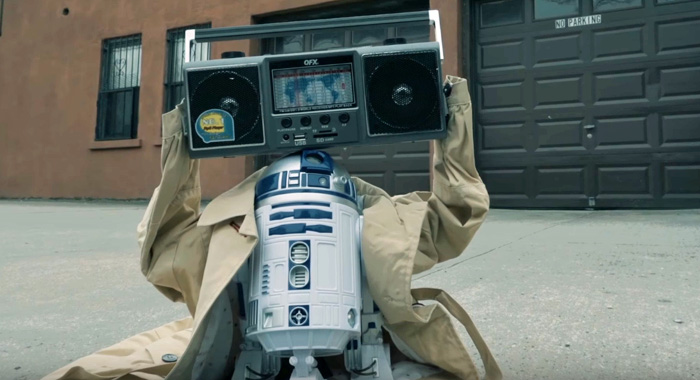 I’m not a big YouTube person. And I don’t say that to deride the medium; it’s just never been my cup of tea. However, in recent years there have been a small handful of creators whose work has not only caught my eye but made me click the “Subscribe” button, even though I have no clue what it does. (I’m very old.) Those voices are Lindsay Ellis, Mikey Neumann, and the subject of this piece, Patrick Willems.

In the after-glow of Star Wars: The Last Jedi, or aftermath depending on who you ask, Patrick dropped a great little video titled “What Do We Want From A Star Wars Movie?” In a time of increasingly batshit extremism online, it was a calm, rational examination on the nearly impossible task of not letting nostalgia prevent fans from enjoying Star Wars as it evolves beyond its trappings to stay relevant in an age where f**king Marvel is doing massive space operas. And I say nearly impossible task because, for better or worse, nostalgia is practically baked into Star Wars’ DNA at this point. It’s its gift, its curse.

The video resonated with me, as well as the very enjoyable “Patrick Explains STAR WARS: THE LAST JEDI (And Why It’s Great),” because like Patrick, I enjoyed the shit out of The Last Jedi. I loved it as a lifelong Star Wars fan, whose fondest memories are watching a worn VHS copy of The Empire Strikes Back then pretending I was on Hoth while growing up in the Poconos, and I loved it as a moviegoer and father who’s getting to experience my favorite film franchise igniting my children’s imagination even after 40 years. The Last Jedi dared to make bold, weird decisions that not only elevated The Force Awakens but left the Sequel Trilogy wide-open to do whatever the hell it wants.

So, naturally, J.J. Abrams decided to just remake Return of the Jedi, and piss all over everything that Rian Johnson had accomplished.

While Patrick’s first installment of “What Do We Want From A Star Wars Movie?” was full of hope and love for the future of the franchise, Part II is rightfully framed like a bad break-up. (FYI, you don’t need to see Part I to enjoy Part II, but it does add contrast.) Like a lot of people who’ve been there for Star Wars through good times and bad — *caresses dog-eared copies of The Thrawn Trilogy* — Patrick was understandably distraught after watching The Rise of Skywalker land in theaters like the goddamn Hindenburg. But in the midst of that wreckage, Patrick takes a sober look at what the past two years of Star Wars has been telling us about its future, and the message is depressingly clear: It’s trapped in the past.

As much as I enjoyed Solo and The Mandalorian, I can’t argue with Patrick’s frank assessment that they’re both pretty glaring examples of Star Wars having all of the momentum in the world with The Last Jedi only to slam the car into reverse and drive home to hide under the bed.

1. I covered the Colin Trevorrow script for Episode IX back in January, but I only lightly dabbled in the leaked concept art at the time. So when Patrick gets to the Trevorrow story and what might have been, I was pretty damn surprised to see Rey wielding a double-bladed lightsaber in a black ROTJ-esque outfit, which was all I ever wanted from the last film. I don’t mind if there are slight homages to her character being the “Luke” of the new trilogy. That’s unavoidable, and to purloin a phrase from George Lucas’ neck pouch, it “rhymes.” But what Disney is still doing to Rey is f**king horseshit. Hey, look who also used to have a yellow lightsaber now! (Burn everything.) 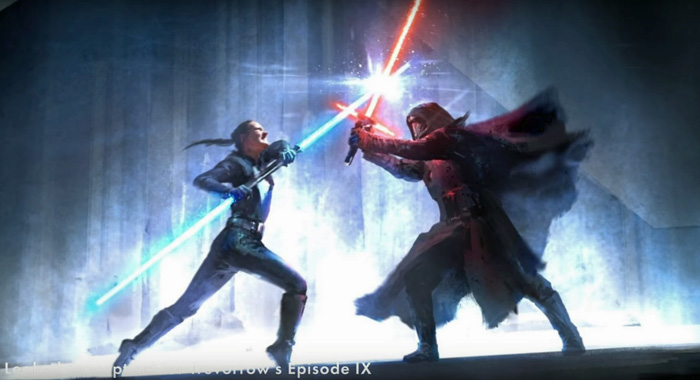 2. Toward the end of the video, Patrick makes an excellent point about how unhealthy it would be to obsess over Rise of Skywalker for weeks, if not months on end. But if any of you have seen my Twitter account or the eight billion words I’ve written about Meghan McCain, then you know that “Unhealthy Obsession” is my middle name, so let’s bitch about Star Wars again soon.

Me, learn a valuable lesson and grow as a person? Haha, good one. 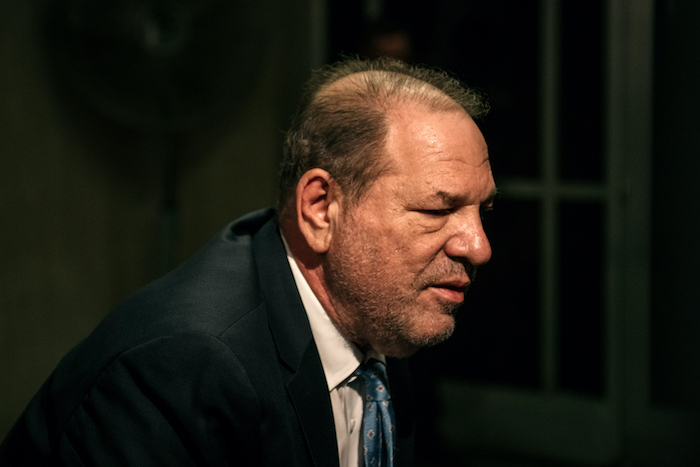