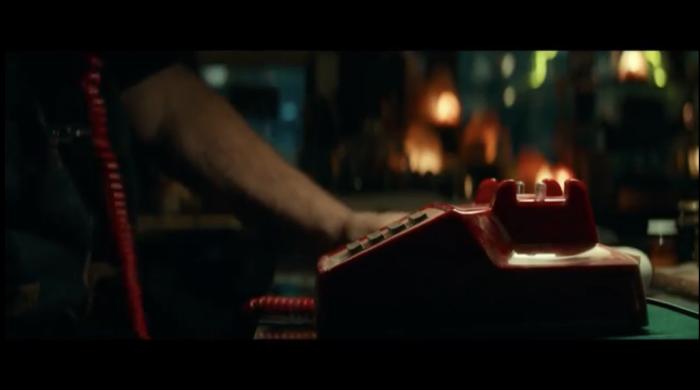 New ‘Ghostbusters: Afterlife” Trailer Is Ready To Believe You

In February of 2020, I excitedly took a picture next to a poster for Ghostbusters: Afterlife. The new film in the Ghostbusters franchise, developed, co-written, and directed by Jason Reitman, son of Ivan, was fast approaching and my excitement was at an all-time high. Can you guess what happened next? Of course you can because you also lived through the hellscape that was 2020 (congrats, by the way). All that to say that calling this sequel “long-awaited” would be an understatement.

Now, as we move closer to its new, Thanksgiving release date, another trailer has dropped. It is a doozy. The movie has been light on revealing big plot details. We’ve been made aware of the main character’s familial connections (more on that in a sec), where they find themselves, and that they’ll be inheriting the Ghostbusters mantle. This new trailer leans even more on how it connects to the original films, while also teasing some new, dangerous ghouls and ghosts. I’ll refrain from spoiling the nods to the original, but they go from nods to full-on “Leonardo DiCaprio pointing at the TV.”

What I will say is that the new trailer makes it all the more clear that the focus will be on McKenna Grace’s character, Phoebe Spengler. Granddaughter to Egon Spengler. As I sit here writing this, a signed photo of Harold Ramis, who passed away in 2014, is smiling down at me. Egon was my favorite Ghostbuster growing up, which led to me looking up to Ramis in general. He was one of the greatest comedy writers and directors of all time, and the film celebrating his legacy continues to hit me in a real sweet spot. 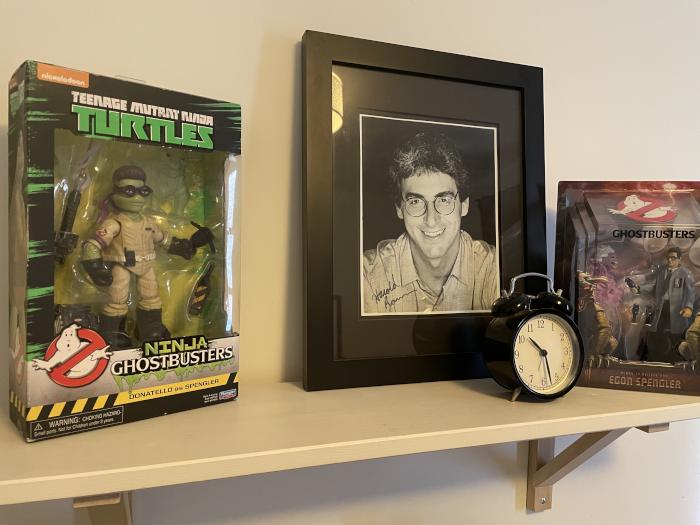 It was the character of Phoebe that inspired Reitman to begin with. Back in 2019, he said,
“This character came to me. She was a 12-year-old girl. I didn’t know who she was or why she popped into my head, but I saw her with a proton pack in her hand. And I wrote this story. This story began to form over many years actually. It started with a girl and all of a sudden it was a family. And eventually, I knew this movie that I needed to make, that I needed to write.”

All of that is pretty rad. Especially, as someone who loves Ghostbusters lock, stock, and barrel and still has to deal with the legacy of other “fans” who wrote off a new movie back in 2016 because it had a female-led cast. A lot of them will try to give you bullshit reasons for their derision, but the misogyny on display was, and continues to be, clear and embarrassing. But I will be taking my nine-year-old niece to see this one, just like I did in 2016 when she was four, and I’m psyched for her to once again feel an inherent connection to the main character. 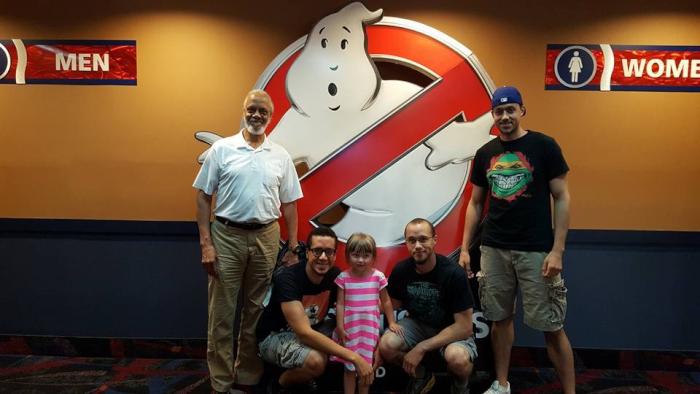 OK, that was a bit of a tangent but it’s worth bringing up. Ghostbusters is for everyone. This trailer made me cry, just like the last one. I can’t wait until I can see it on the big screen with my niece while we share a big bucket of popcorn.

← As Infection Rates Rise Again, Parents May Have to Choose Between Showers and Disease-Free Kids | The Many Layers to the Diane Sawyer Joke in 'Ted Lasso' →