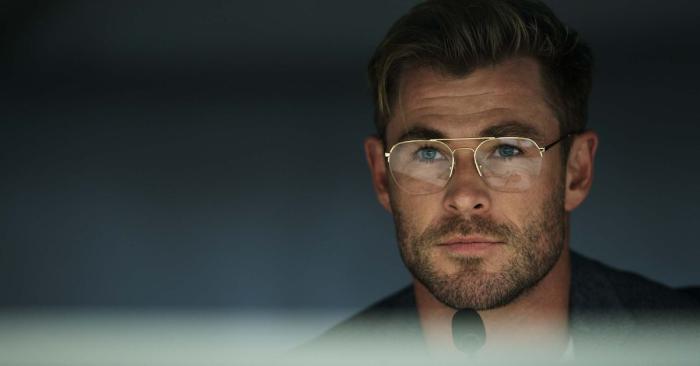 Netflix Continues Its Weightless, Drab Assault on Cinema in 'Spiderhead'

As I get older, the more and more protective I get over my time. I guess it’s a natural function of aging, to become more acutely aware of the finite amount of moments we are granted on this earth. I imagine this need to use well what little time you have to yourself is one felt keenly by many—especially in the grinding gears of the machinery of modern capitalism, where ‘free time’ has for many become an abstraction, the concept eroded by the disappearance of regular work and the rise of a precarious patchwork quilt of ‘freelance’ labor. Any time you get for yourself is precious. More precious, perhaps, than anything else.

All that is to say: F**k you, Netflix. F**k you for making me flush 1 hour and 47 minutes of my Friday night down the toilet. Friday night, Netflix! Do you understand what that means? Can you fathom the sanctity of that time? That is time that is meant for pubs, for friends, for books, for chat, and joy. Well, everyone will have a different version of it, and it won’t line up the same way for all, but for Monday to Friday workers like me, Friday night is special. It’s the one moment above all others in the week that I can take a breath, forget about work, and think about other things. Good things, though—that’s the key point. Not the flavourless gruel that is Spiderhead.

Spiderhead is the latest—sigh—film offering from Netflix, a collection of words that at this point causes an involuntary reflex in my facial muscles that produces a result similar to what I imagine a long-suffering parent’s expression does when they’re called by their kid’s school to be told of yet another incident involving dog feces and vomit. Spiderhead is directed by Joseph Kosinski (Top Gun: Maverick), from a script by screenwriting duo Rhett Reese and Paul Wernick (Zombieland, Deadpool), and it stars Chris Hemsworth, Miles Teller, and Jurnee Smollett. It’s almost pointless listing the individuals involved in its creation, however, because whether skilled or not, their contributions and imprint appear to be sanded down and compacted into a frictionless cube by the Netflix machine with as much ruthless efficiency as one usually associates with the Marvel assembly line school of ‘filmmaking’.

Nothing typifies this more than the involvement of cinematographer Claudio Miranda. I personally wouldn’t put him at the top of the class of those in his field, yet Miranda is nevertheless undoubtedly a talented craftsman, with an eye for spectacle, striking composition, and interesting framing that is evident throughout his work (Top Gun: Maverick, Oblivion, TRON: Legacy, Life of Pi). In Spiderhead, you can feel that artistry straining hard against whatever muffling curse Netflix casts over its productions, with Miranda trying his best, moments of visual curiosity and intrigue popping up sporadically here and there, before being overwhelmed by a tide of bland, anonymous set design and interchangeable series of featureless corridors and interview rooms and interminable stretches of concrete, glass, and plastic. Miranda has worked as director Kosinski’s cinematographer a number of times before, and I saw someone tweet the following the other day:

Joseph Kosinski is incapable of making a movie that isn’t beautiful pic.twitter.com/4519Y8ygzQ

Guess Netflix proves you wrong, friend! The most interesting thing to look at in Spiderhead is Nathan Jones, the hulking Aussie actor best known recently for his unforgettable performance as Rictus Erectus in the modern masterpiece that is George Miller’s Mad Max: Fury Road. Jones has a minor part here, appearing on screen for just a few minutes, yet his tattooed features and screen presence are the only things that I’ll remember about Spiderhead in a few days. In a script as dramatically insipid and rife with cringe-worthy attempts at humor as this, his brief appearance actually made me chuckle and care about what was happening on screen for at least just a moment. Cheers for that, Mr. Jones, I’d rather have watched a film about your character than the one I was given.

I’ve written five paragraphs about Spiderhead, and I’ve yet to get to what it’s actually about. That’s because it doesn’t matter. Its plot, such as it is, follows the inmates of a strange, futuristic prison located on a nameless island, in which they are free to wander around without strict confinement, interacting with staff and enjoying the kinds of facilities more ofen associated with a comfortable resort. The only catch? They have to take part in experimental drug trials, administered by the prison’s sort-of-warden and sort-of-scientist (Hemsworth). All the inmates of this prison have volunteered to be there, agreeing to the ups and downs of whatever sci-fi cocktail they will get pumped into their bodies in exchange for a shorter sentence than the one they were serving before in a normal prison. Our protagonist (Teller)—though I struggle to use the term for someone so flat and unengaging—and his relationship—again, I struggle to use a word like that for something so two-dimensional—with Hemsworth as well as his own dark—again, struggle—past is the central focus of the film.

I’ve never read Escape from Spiderhead, the George Saunders short story on which Spiderhead is based, but I would be surprised if it isn’t leagues better than what Netflix has presented us here with. Perhaps it only works as a short story, its characters staying as merely sketched proxies while its themes and speculative fiction take on the central role. What the film does is stretch that out to feature-length while forgetting to add any depth whatsoever to its characters—I couldn’t tell you one defining feature of anyone here—and remaining uninterested in delivering any sort of message or consistent tone. Sometimes it tries to make you laugh; at others, it wants to horrify you; and eventually, it wants to tug at your heartstrings. It fails dismally at every single attempt. There are twists here that are as predictable as they are pointless, the slow unspooling of the characters’ backstories eliciting barely a shrug because it’s impossible to care about anyone. There is an embarrassing attempt at slathering a theme over everything right at the very end through the use of a one-off instance of ’80s-style voiceover that doesn’t just fall flat, it somehow makes everything that came before even worse. At one point, Roxy Music’s ‘More Than This’ is deployed in an attempt to harness its power to reach for something deeper, yet all it does is remind one of Sofia Coppola’s Lost In Translation—and that is one hell of a daft strategy, to create a direct comparison with a film that contains actual emotions, humanity, and craft.

Dramatically weightless, aesthetically drab, populated by cardboard cutouts—that’s the Netflix film guarantee! Or whatever you want to call it. Because it’s not cinema.

Give me back my Friday night, you wan*ers.


← 'Keep Sweet' Is True Crime Worth Your Time | For 'Crimes of the Future,' Cronenberg Dusts Off his Old Self to Reflect on His New, Older Self →