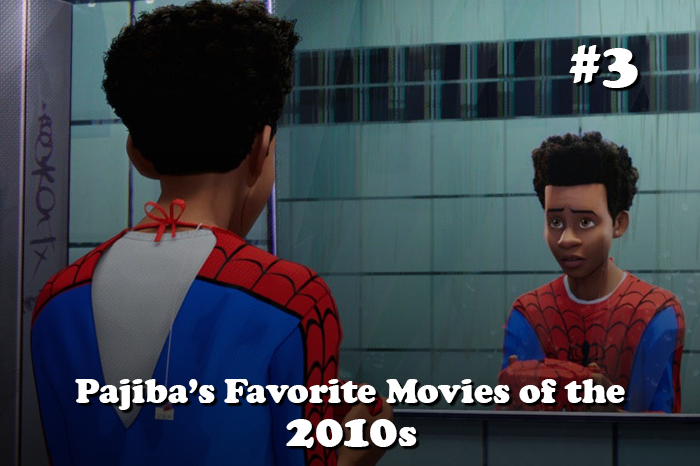 Miles Morales Is the Future of Spider-Man, You Can't Stop Him Now

Alright, people, let’s do this one… last… time. — Or actually the first time because you’ve never heard this story before, but dammit, just let me do the thing from the movie.

ANYWAY, my name is Mike Redmond. I’m a giant nerd who likes superheroes way too much and spends a lot of time at the comic book store. This particular day something very strange happened. Something I’ve never witnessed in all my years sacrificing my retirement and/or children’s college education for funny pages. A customer was about to get very mad because a fictional character in a story about time-traveling super-teens was now a different skin color, and ho boy, was he not having it. (For the record, it was Lightning Lad. My dude went off about Lightning Lad.) Not only was he not having it, but he was going to voice these opinions out loud to another human being while I quite visibly stood behind him with my mouth wide open. You could’ve crammed at least two polyresin statues in it. Big ones.

“It’s hard for me to enjoy one of my favorite books when I don’t even recognize the characters in it,” the balding patron began. He was a grown man easily in his 50s, and by golly, he was going to let this establishment know that he does not look kindly upon the miscegenation of fantastical characters who can shoot f*cking lighting bolts out of their face. It was a bridge too far, and his dissatisfaction would be heard! “I’ve noticed this is a pattern with Brian (beat) Michael (beat) Bendis where he changes the ethnicity of characters. He did the same thing to Spider-Man when he was at Marvel.”

Now, you’re probably assuming this is where I, the hero, swoop in and tell Kaptain Klan to eat a dick. For Chrissakes, he’s criticizing my son’s favorite character, who was also in the store, by the way, albeit completely oblivious thanks to the wall of D&D miniatures. But the truth is complicated, except not really, because I didn’t do shit. Mostly because the very good dude at the register had this handled and proceeded to do his best to diplomatically inform MAGA Jones that, actually, Bendis created a brand-new character with Miles Morales and Peter Parker is still Spider-Man. Remarkably, this didn’t end in everyone dying in gunfire because this story took place in America and in fire-engine red Trump Country no less. John Birch Society simply left in a huff, and once I stopped licking my fingers at the schadenfreude I just experienced, I made my entrance.

“Excuse me, are there any ethnics in these comics?” I grinned as I placed my purchases on the counter, and I’ve never stopped beating that joke into the ground ever since because, surprise, my entire thesis is how I suck as a human being. You see, Miles Morales is dope as hell, and as I said earlier, he is my son’s absolute favorite comic book hero after watching Spider-Man: Into The Spider-Verse everyday for a week straight. Miles is his dude. So when we got in the car, I told him how the guy in front of me was complaining that a black Spider-Man exists, and folks, my boy at 12-years-old did not miss a beat.

And I recount this tale not to toot my horn as a parent — the jury will be out on that one for a long time — but to beam proudly that my kid is already a better person than I’ll ever be. Because, here’s the thing, at his age, I probably would not have been as receptive as he was to a character like Miles thanks to a gluttonous diet of the following heroes: Batman, Superman, He-Man, Luke Skywalker, Han Solo, Marty McFly, Indiana Jones, The Fall Guy, Knight Rider, Captain Kirk, Captain Picard, Rocky, Rambo, Robocop, Wolverine, Brisco County Jr., you see where I’m going with this? All straight, lily-white dudes. I’m not saying I’d be negatively averse to a black Spider-Man. I’d just have no reason to gravitate towards him while a depressingly vast treasure trove of entertainment properties catered directly to me. Fortunately, age and education sanded down the rough edges of white privilege that a conservative, evangelical upbringing didn’t even acknowledge exists, but my point is representation matters. We need to be punching down anyone who stands in its way — says the guy who just stood and watched the #content for this piece unfold before his eyes. (Am I sticking closely to the theme of how much I suck? OK good.) 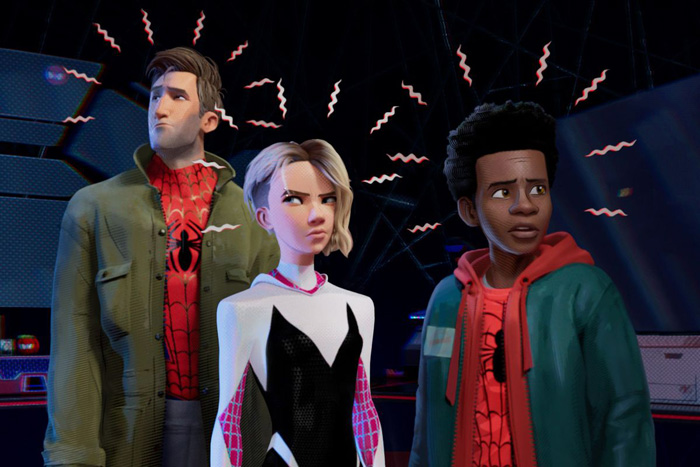 Thankfully, we live in a more civilized age where studios are less resistant to diverse superhero leads EXCEPT, NOPE, THEY MOSTLY ARE NOT. Back in the far ancient days of barely four years ago, Marvel Studios finally had a chance to “borrow” Spider-Man from Sony and use him in the Marvel Cinematic Universe. But there was a catch! A very specific catch: Spider-Man has to be Peter Parker. No ifs, ands, or buts. Despite the wreckage of two franchises under Parker’s belt, the Spider-Man producers at Sony were adamant that the character remain a straight, white male, and Marvel Studios, still under the thumb of Ike Perlmutter, was more than happy to oblige. Even worse, and I’m not knocking Tom Holland here who was just doing his job, everyone involved was rewarded for their cowardice with two back-to-back Spidey movies that cleared a billion dollars.

(If you want to get really deep in the weeds, Spider-Man: Homecoming appropriated large pieces of Miles’ source material and grafted it onto Holland’s Peter Parker while reducing Miles to a barely-there Easter egg starring Donald Glover who was literally the inspiration for Brian Michael Bendis to create Miles in the first place. I don’t even know where to begin with that.)

Here’s the bright spot. Somehow in the midst of all this, Sony Animation let Phil Lord and Christopher Miller develop a Spider-Man movie that could basically do whatever it wants because, f*ck it, it’s a cartoon, right? Fart it out during the holidays and make easy bank on a small amount of investment. What nobody saw coming is that these two would win a goddamn Oscar using an extremely controversial character that toxic nerds are still pissed about even though HE DID NOT REPLACE THE “REAL” PETER PARKER. Let me try and nutshell how radical that choice was. When Miles Morales was first introduced in the comics, it was in an alternate universe that was completely removed from the “real” Spider-Man who’s remained very much alive and well in 800 titles to this motherf*cking day. And yet people were still pissed. I’m talking Glenn Beck got involved back when Glenn Beck was unfortunately a thing. America is racist as hell, y’all.

Fortunately, Lord and Miller didn’t give a shit about any of that, and with the help of director Peter Ramsey and a fantastic team of visual artists, they lit imaginations on FIRE with Into The Spider-Verse and those flames are never going out. I see it in my son’s eyes, and I see it in the parents who’ve stopped by the comments: Miles Morales is the future of Spider-Man. For younger generations, he is their dude full stop. Marvel can play it safe for a little while longer, but they’re not going to be able to fight the hunger for this character forever, and they’d be fools to try.