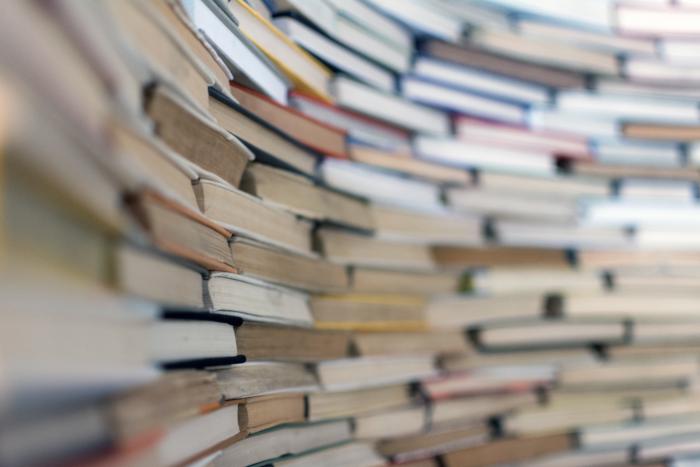 The Most Anticipated Books of 2020

The year is coming to an end and many books were read. Were all of the books read? Not quite, but for me, this was a successful year of reading, one where I ventured outside of my comfort zone on several occasions and made an effort to engage more with new releases. I also fell in love with a lovely Canadian crime series, so it was a grand success all round. Now 2020 is around the corner and we have to look to the future of books. 2020 has dozens of titles that I immediately scrambled to add to my TBR list, but for the purposes of this post, I narrowed it down to eight books. If there’s anything here we missed out that you think we simply have to talk about in the coming year, let us know in the comments!

Major news!✨ We're so excited to share the gorgeous cover of THE GLASS HOTEL, the new novel from Station Eleven author @EmilyMandel.

There are few books I wholeheartedly obsessed over this past decade like Station Eleven. At a time in publishing when dystopian fiction was seemingly inescapable, Emily St. John Mandel wrote a book that told the tale of a decimated future within the context of a seemingly disparate group of people bound together by theater, creating a crucial narrative that emphasized the importance of the arts even when humanity is at its lowest ebb. Her first book in six years, The Glass Hotel has already been optioned for a big-screen adaptation and it’s not hard to see why from its synopsis: A bartender at a luxurious five-star hotel on Vancouver Island discovers a message written on the wall of the lobby, saying, ‘Why don’t you swallow broken glass.’ Inspired by the Bernie Madoff scandal, The Glass Hotel moves away from the speculative of Station Eleven to depict the collapse of a costly investment scheme and how it impacts the various dastardly players involved. With Emily St. John Mandel’s name on the cover, this is an instant buy for me.

Not to rub it in or anything but I’ve already read this book! It’s wonderful! Alisha Rai is one of those romance authors I instantly recommend to anyone looking to dip their toes into the genre for the first time. Remember #planebae? It seems so long ago but in 2018, the internet went wild with a Twitter thread seemingly live-blogging a burgeoning romance with two strangers on a plane, only for the story to blow up in everyone’s faces when the real-world ramifications regarding privacy and stalking became impossible to ignore. Rai takes that concept and turns it into the story for Girl Gone Viral, with an anxious former model’s mundane encounter with a guy in a café becoming the must-follow story of the year, sending her into hiding with the real object of her affections, her super-hot bodyguard.

"A brilliant and stunning debut, My Dark Vanessa is utterly truth-rattling, humane in its clarity and chilling in its resonance. An absolute must read." — Gillian Flynn, #1 New York Times bestselling author of Gone Girl. On sale March 2020! https://t.co/UXUmpAfUcd pic.twitter.com/EtDUqK7FbW

I’ve been hearing buzz about this book for many months, with some calling it the must-read debut novel of the year. The Vanessa of the title is a woman who is forced to interrogate her past after a shocking event exposes her own self-delusions. As a fifteen-year-old, she fell in love and had an affair with her 42-year-old English teacher. Seventeen years later and he’s been accused of sexual abuse by another former student, who has reached out to Vanessa for support. For Vanessa, she felt her affair was one of love where she was in control of her actions, but was that even possible for her as a child when her ‘love’ was her teacher nearly three times her age? My Dark Vanessa is sure to be polarizing but given the current times, it feels like a story, albeit a highly disturbing one, that needs to be told.

The Ballad of Songbirds and Snakes by Suzanne Collins

Tim O'Brien (@TonkaOBrien) shared his illustration cover-reveal for the upcoming Suzanne Collins HUNGER GAMES prequel, THE BALLAD OF SONGBIRDS AND SNAKES. Due to out from @Scholastic on May 19th 2020!https://t.co/wXuAqWU2bt#FridayReads #FridayMotivation #illustration pic.twitter.com/iQjHkYEsZS

The Hunger Games helped to birth the dystopian YA trend, and frankly, nothing ever topped Suzanne Collins’s fiercely imaginative and mercilessly brutal satire of cable news and reality TV. As of 2014, the trilogy has sold more than 65 million copies in the U.S. alone and spawned a wildly successful film franchise. Collins hasn’t published anything since 2013, so the news that she planned to write a prequel to The Hunger Games came as a major surprise. The Ballad of Songbirds and Snakeswill revisit the world of Panem sixty-four years before the events of the trilogy, starting on the morning of the reaping for the Tenth Hunger Games. And yes, Lionsgate are already planning a movie of it. Are YA audiences still hungry for dystopia given the current hellhole of the planet? Stay tuned to find out.

Lindsay Ellis’s work will be familiar to anyone who loves informative and entertaining video essays on YouTube. She’s been on a real roll for the past couple of years, even landing a Hugo nomination for her startlingly good series of videos on why Peter Jackson’s The Hobbit trilogy crashed and burned so hard. Now, she’s making her fiction debut with Axiom’s End. Described as being a cross between Arrival and Stranger Things (by Publisher’s Marketplace, not Ellis), the novel is an alternate history sci-fi drama set in the early 2000s that follows a young woman whose father became a whistle-blower to reveal that the U.S. government might have engaged in first contact. She knows nothing about this controversy but the world still wants answers from her. She soon discovers that alien life has been on Earth for decades and must now act as a translator of sorts to these extraterrestrial beings.

There is no consent under capitalism.

‘There is no consent under capitalism’ is the tagline emblazoned across the cover of K.M. Szpara’s sci-fi parable, and if that doesn’t grab your attention then nothing will. To be a Docile of the title is to be kept in indentured servitude of the mind, body and soul, for the use of your owner. It’s a ‘choice’ made by individuals whose lives have been ruined by generational family debt, something Elisha Wilder knows all too well. His mother took the Dociline drug to become a Docile and never recovered, so he takes it upon himself to erase the family’s debt. The big problem is that his Docile contract has been purchased by the man whose mega-wealthy family are the force behind Dociline and the Office of Debt Resolution. It’s an intriguing premise that could go so very very wrong. Either way, I’m certainly interested enough to read it.

I would like for you to consider pre-ordering my next book, and would like to share this Indiebound pre-order link to further that purpose: https://t.co/IxcpKWZOs6 It’s a collection of essays about pop culture, Columbo, religion and transition!

Many a lonely figure on the internet continues to mourn the end of The Toast, one of the true esoteric delights of this ever-so-cruel internet. Danny Lavery, formerly known as Mallory Ortberg, helped to craft a unique online space that left an indelible influence on pop culture journalism and personal essays that will linger long after its brief tenure. Lavery has written books before but Something That May Shock and Discredit You is his first essay collection, something us Toast nerds have been waiting a long time for. Kirkus promises ‘playful takes on pop culture’ that explore ‘everything from House Hunters to Golden Girls to Lord Byron, Lacan, and Rilke.’ It’s that blend of high and low, self-reflective and bombastic, that has always made Lavery a delight to read.

The Lying Life of Adults by Elena Ferrante

Elena Ferrante's THE LYING LIFE OF ADULTS will be available everywhere books are sold on June 9, 2020, but you can pre-order your copy today! https://t.co/1PTP21mZ07 pic.twitter.com/IbpotSvSVQ

Do you have Ferrante Fever? The enigmatic and deeply mysterious Italian author became a literary phenomenon, first in her home country then worldwide once Ann Goldstein translated the endlessly fascinating Naples series into English. There’s something indescribably addictive about her detailed-oriented drama of the lives of two lifelong female friends, making the novels far more readable than you’d suspect such a story could be. The Lying Life of Adults has already been released in Italy — Italian Pajibans, don’t spoil this for us! — but English speakers will have to wait until June for this hotly hyped story of a young girl dealing with her toxic family life.

← Miles Morales Is the Future of Spider-Man, You Can't Stop Him Now | What's The Best Holiday Song Ever? →