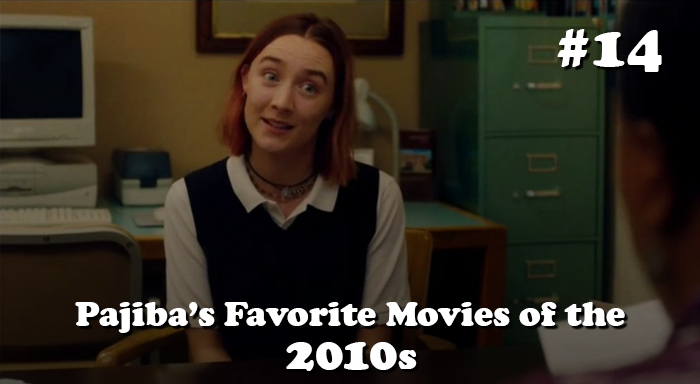 'Lady Bird,' Or the Story About How I Lost My Virginity

I didn’t lose my virginity until college. It wasn’t because I was religious, or lacked for dates. It’s because I grew up in the Bible belt and the women I dated in high school were either very Christian or their parents were, which meant that, though I did not believe in God myself, I still experienced all the guilt and shame that deeply religious teenagers felt surrounding sex. There were a few times where I nearly had sex, but a mother banged on her daughter’s room at 3 a.m., or another mother walked into a movie theater and caught her daughter in the act, and high-school relationships are fragile, so even though this girlfriend or that girlfriend and I would vow to stay together after her parents told us were were forbidden from ever seeing one another again, eventually the logistics would work against us and we would move on. For roughly four years of high school, I traversed from one two-month relationship to the next, two months being about as long as a teenager can realistically date someone else without either having sex or breaking up.

In college, I had this big romantic notion about applying that two-month rule to my relationships, only it wasn’t so much a romantic notion as it was my crippling fear of sex. I’ve had a lot of trauma — both comedic and otherwise — surrounding sex, so I wanted to make sure that I was with someone long enough to be completely comfortable around her so that she wouldn’t run away when losing my virginity invariably went awry. That something humiliating would happen during the experience wasn’t just a possibility, it was a foregone conclusion.

In my sophomore year of college, I met a woman named, let’s say, “Erin Cory.” Erin was and is a top-notch human being, one of the loveliest, most amazing women I have ever met, and someone horrendously out of my league in terms of class, intelligence, sophistication level, and wit. She very much established a sort of baseline for the kind of person I wanted to spend my life with. We were together for two years before her year abroad, when things unraveled organically, as things tend to do during those study-abroad years.

In any respect, I went into my relationship with Erin having firmly established the two-month rule, and though Erin had been with others before me, she was understanding and accommodating. She gave me shit about it but in a very kind, funny, and flattering kind of way.

The two months expired at the end of January that year, which I remember because I bought a newspaper keepsake the next morning to mark the occasion, and I specifically recall the front-page headline being about the winner of the previous day’s Super Bowl, which means it must have happened on a Sunday night. It was on the carpeted floor of my apartment bedroom. I don’t know why it was on the floor except that nothing says romance like carpet burn. But the room was pitch dark, which I assume was by design so that I would feel more comfortable and at ease my first time.

And here’s the thing: It lasted forever. I don’t know exactly how long it lasted, but it felt like 45 minutes to an hour, although it might have only been 20-25 minutes. But it went on for an uncomfortably long period of time, well past the “let’s wrap it up” stage of the proceedings. Though it was pitch dark, I specifically recall breaking into a sweat and pools of sweat dripping off my nose and onto Erin’s face.

Only that’s not what happened. After the experience finally came to its conclusion, we both retired to the adjoining bathroom to clean up, and when she turned on the light and looked into the mirror, we realized to my horror that I had not been sweating, because her face was streaked in blood.

My nose had bled. All over Erin’s face. It was a horror show, and all I could do was sort of stand aside and sheepishly offer my apologies as she stood over the sink and washed my blood off of her face.

I mention all of this in the context of Greta Gerwig’s incredible film Lady Bird because it is a semi-autobiographical movie that is funny, and clever, and smart, but most of all, it is honest. I know it’s honest, because while I did not share many of Lady Bird’s coming-of-age experiences specific to women, or to growing up in California, or to attending a Catholic high school, there were still a number of things in Lady Bird about class, about using college to escape our homes and our parents, and about how wistful we felt leaving our hometowns that I found immensely relatable, that struck raw, open nerves.

But also, when Lady Bird lost her virginity, her nose bled. It’s the first time I’d ever heard about that happening to someone else, and I felt very seen in that moment. It’s the kind of detail that can only come from experience, and for me, that authenticity helped to inform everything else about that funny, aching, defiant, wonderful and honest coming-of-age film.

← Katy Perry and Orlando Bloom are Apple Cider Vinegar Wellness Gurus? | The New Future of the DCEU: Michael B. Jordan as a Superman and R-Rated Movies out the Butt →