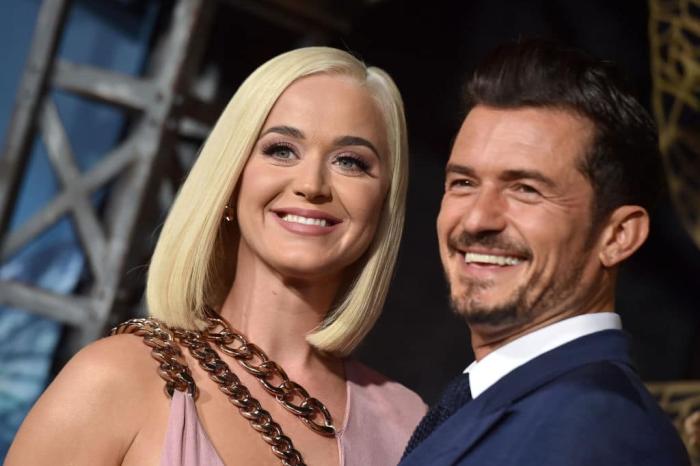 Sometimes, celebrities make unexpected career decisions that leave fans more baffled than enthused. As the A-List model of Hollywood stardom wanes and traditional notions of fame must compete with increasingly popular online and influence-based structures, it’s no wonder that even the biggest names on the planet are feeling the push to diversify their portfolios. Very few actors these days earn $15 million+ paydays per movie, it’s getting harder to make big money from the recording industry, and the majority of working authors are struggling to get their heads above the breadline. Even for the mega-rich, there’s a pressing urge to embrace side-hustles (welcome to my world.) Gwyneth Paltrow blazed a trail with Goop, Reese Witherspoon evolved into a power player producer and Southern gal mogul, and Jessica Alba became the new face of ethical consumerism thanks to The Honest Company. These are merely some of the biggest changes major stars have made to their careers and images. Check out Kate Hudson’s Fabletics, Rooney Mara’s vegan clothing company, Tracee Ellis Ross’s haircare line or the sheer number of supermodels who have their own beauty and skincare brands.

Very few celebrities today are excluding themselves from these marketing and branding possibilities, whether it’s doing #sponcon on Instagram or launching an empire. With most of these individuals, I get why they chose the direction they did. I understand why Gwyneth embraced her oft-derided WASP-y rich white lady demeanor to make Goop, or how Jessica Alba evolved from sex symbol to beacon of new-age motherhood. These choices are about strengthening the image you have or subverting it to evolve in a new way that promises longevity.

So, how the hell do we explain Orlando Bloom and Katy Perry moving into the cut-throat world of apple cider vinegar?

Popstar Perry has been evangelizing the supposed probiotic health benefits of drinking unpasteurized apple cider vinegar for years, and it seems she’s gotten her actor fiancé hooked on it too. The couple are so invested in the product that they’ve just become co-investors in Bragg Live Food Products, Inc., arguably the most famous producers of apple cider vinegar. As members of an investor group consortium, Perry and Bloom are now proud part-owners of the brand, which was founded in 1912. Both Bloom and Perry have taken to Instagram to celebrate their new business venture and preach the supposed benefits of chugging apple cider vinegar.

🔑 to surviving feast szn: a reset button with @bragglivefoodproducts 🍎 cider vinegar. Join me for the #BraggLiveFoods #15DayChallenge and tell me how you use ACV to cleanse and reset

As with many commonly consumed foods and cultural dishes, apple cider vinegar has seen a resurgence in recent years thanks to its proximity to the ‘wellness’ movement and its status as a ‘superfood.’ Various bloggers, influencers, and pseudo-health experts have heralded it for its myriad uses, from regulating the body’s pH balance to aiding in weight loss to clearing your skin and making your hair shine. The true benefits of apple cider vinegar are far more muted than its cure-all magical potion reputation would suggest. According to a blog on the University of Chicago Medicine’s blog, the vinegar may help boost weight loss and aid in blood sugar control, but promises of decreasing your blood pressure or being a tool in fighting cancer are as good as quackery. There hasn’t been much in the way of substantial study to back up most of the Instagram-friendly propaganda, as is the case with a lot of wellness favorites. There are also the more obvious issues of guzzling apple cider vinegar on the regular, such as exacerbating acid reflux and f*cking with the enamel on your teeth.

When they say you’re aging backwards and it’s not because you’re an 🧝🏼‍♂️Been drinking Apple Cider Vinegar from @bragglivefoodproducts for over 20 years, now happy to be part of the family with me misses @katyperry 🍎♥️

Those points haven’t stopped Bloom and Perry from their power couple businesspeople move, and it’s not hard to see why such an investment would make sense right now, at a time when heavily diluted notions of wellness and self-care are heavily commodified as both aspirational and necessary to the masses. Apple cider vinegar offers a sort of ‘return to the earth’ organic appeal that is easy to sell and requires far less commercial complications compared to, say, a skincare line or jade vaginal eggs. The snake-oil salesman aspect doesn’t disappear but at least this particular brand is long-established and comes with a built-in customer base that provides a reliable audience beyond those attracted to health fads or the novelty of celebrity. That connection to fame doesn’t hurt, of course, and Bragg has been using that clout for decades, name-dropping figures like Clint Eastwood and the Beach Boys on their blog. Selling the simplest solution to good health that doesn’t break the bank and has some sort of history behind it feels like one of the modern wellness movement’s least controversial offerings.

That all makes sense, but still: Why the hell are Orlando Bloom and Katy Perry of all people the news faces of this? What is it about this particular brand and the image it creates that draws them to it enough to want to put their own money down and let their names be used for marketing? For most people, the first thoughts that enter their head in regards to Perry are about her bubblegum pop princess imagery while Bloom will always and forever be Legolas to a generation of film lovers (or the guy who paddleboards with his knob hanging out.) Neither of them feels especially new-agey or come to mind as celebrities who would be considered solid choices to become the faces of a health or dietary brand. You’d probably expect both to be fronting perfume brands or high fashion instead, and typically apart rather than as a couple.

For Perry, this seems to have been a lifelong passion. She has talked in interviews about growing up drinking apple cider vinegar and having Patricia Bragg, the company’s CEO, as a long-time family friend (Patricia bought Perry her first guitar when she was 13.) Bloom keeps his private life and interests pretty close to his chest, focusing more on his work as a UNICEF Goodwill Ambassador. Their moments of spiritualism and wellness are very Hollywood, from Perry doing benefit concerts for David Lynch’s foundation dedicated to Transcendental Meditation to Bloom’s own Buddhism. None of this wholly defines them in the way the more brash aspects of their careers do. None of this is especially boundary-pushing or controversial in a way that would exclude fans. Buying a small company with a notable brand that fills a specific but much-desired niche in the market is a safe investment that fits well with their lives but doesn’t define it or even have to make all that much sense to overthinking losers like myself.

It’s unlikely you’re going to see Bragg’s Apple Cider Vinegar sticking Katy Perry’s face on the bottle or Orlando Bloom fronting T.V. ads for it, but even the smallest nugget of name recognition this deal brings is another sign of how celebrities have to be entrepreneurs of all shades now, just to retain their space on the fame ladder. Hey, it beats vaginal eggs.

← Donald Trump Deepfaked Into a Toddler Will Scar You Forever | 'Lady Bird,' Or the Story About How I Lost My Virginity →