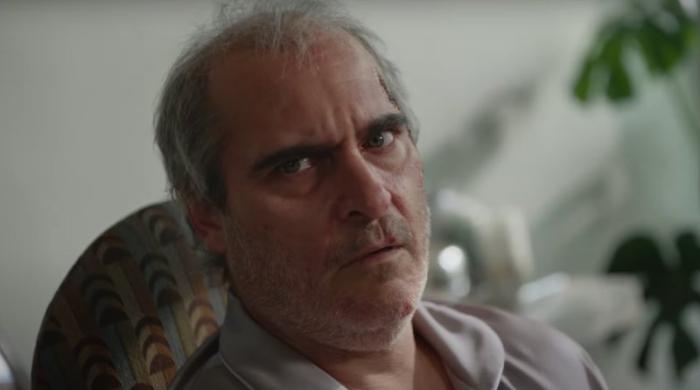 In the space of only two movies, director Ari Aster has thoroughly established himself as a filmmaker of immense talent. His horror duo of Hereditary and Midsommar ruined our lives in the best way possible. For his third feature, Beau Is Afraid, he seems to be taking a different direction.

A24 just released the trailer for Aster’s latest, which stars Joaquin Phoenix (with some very thinning grey hair) as the titular Beau. YouTube does not give us a summary of the film, but initial reports said that it was about ‘a decades-spanning surrealist horror film set in an alternate present.’ The title harkens back to Aster’s short film Beau, which was about a meek guy trying to leave his horror of an apartment building to visit his tyrannical mother. There are certainly hints of that short in this trailer, as Beau seeks to visit his mom and avoid what seems to be hell on earth. But with jokes!

This certainly doesn’t seem like a horror film, although Aster’s work, even at its most ‘normal’, is incredibly acute at bringing out the audience’s harshest anxieties. Seriously, just watch The Strange Thing about the Johnsons. Aster said he wanted to make a ‘four-hour nightmare comedy’, and Beau Is Afraid might be it if those initial reports of a mere three-hour running time are true. There’s a lot going on here that veers from quaint to absurd to upsetting, and all with Phoenix looking ready to panic. There’s old-age make-up, car accidents, gunfire, family confessions, and cartoons!

I’m in. If nothing else, this doesn’t look like anything else coming out in 2023, and I can’t not support this sort of ambition. Besides, it’s got a cast that includes Nathan Lane, Patti LuPone, Richard Kind, Parker Posey, and Stephen McKinley Henderson. What’s not to like?

Beau Is Afraid will be released in theaters on April 21.


← Watch the Trailer for 'Ant-Man And The Wasp: Quantumania,' Featuring Jonathan Majors | Nic Cage Throws Fuel On The Trek vs. Wars Fire →