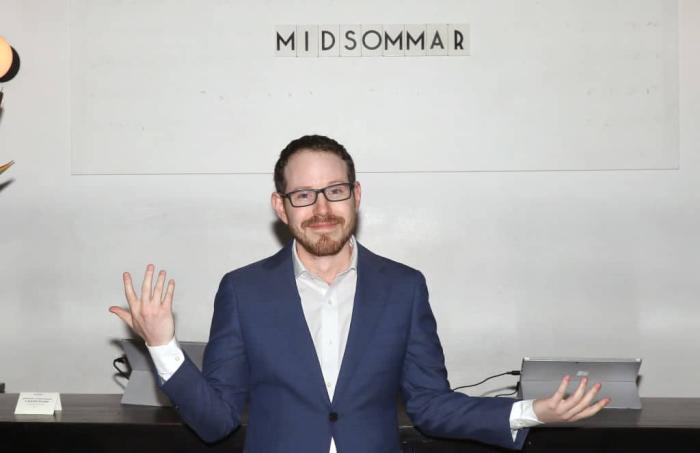 'Beau Is Afraid': Ari Aster Is Back to Ruin Our Lives with a New Movie

With only two feature films, Ari Aster has carved out a niche for himself as a horror director of unique stature. Both Hereditary and Midsommar were commercial successes, critical darlings, and quickly earned reputations as all-time scary classics. There is something about his work that, for me, is like a scab I can’t stop picking at. His ability to create unsettling mood and an uncanny sense of wrongness is fascinating. Hereditary lingered with me in a way that genuinely freaked me out, which isn’t something many horrors do for me these days. So, of course, we’re excited for his next film, and A24 are letting us see a peek of it.

Initially titled Disappointment Blvd., A24 revealed the name change today with the first poster for the film. It’s now called Beau Is Afraid.

Very little has been revealed about the film in terms of plot or character. The IMDb describes it as ‘a decades-spanning portrait of one of the most successful entrepreneurs of all time.’ But this title change does give us a hint of something else, because Aster has already made a short movie about a man named Beau.

How much of this will be found in the new movie? There was a script floating around online for a few years for an Aster project called Beau Is Afraid but it’s gone now. From what I remember of it (it was VERY long), the film was truly bonkers. Like, the level of mad that you wonder how one could even bring it to the screen.

But Aster is A24’s darling. Until Everything Everywhere All At Once came along, he was the guy behind their biggest financial success. He’s a homegrown talent for the indie distributor. They’ve reportedly given him their highest-ever budget for a film to make this. Aster previously talked about wanting to make a four-hour ‘nightmare comedy’, which many assumed is this project. Early rumors claimed that A24 wanted him to cut it down to under three hours.

That we’re getting a poster now hints at news of a future release date or even a trailer. It seemed like it could premiere at a major festival like Berlin or Cannes. Anticipation is certainly high. I for one can’t wait to have an extended panic attack over yet another Aster joint. I’m all in on this. It’ll either be a masterpiece or a disaster. There’s no in-between.