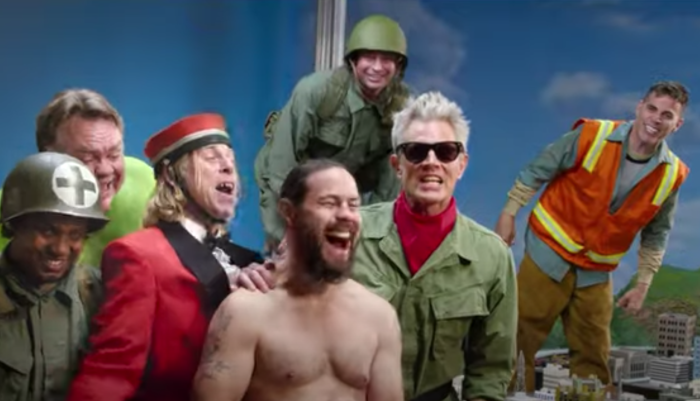 'Jackass Forever' Trailer: Older (and More Handsome!), But No Wiser

Here’s the trailer for Jackass Forever, which will thankfully be the final Jackass film, not because we don’t love them (shamefully, so shamefully) but because they are old and if they keep this up, they’re going to kill themselves. Hell, one Jackass cast member, Sean ‘Poopies’ McInerney, was bitten by a shark while filming a Discovery special for Shark Week and had to be taken to the hospital.

As for the stunts previewed in the trailer for Jackass Forever? It’s hard not to laugh, but at the same time begging them to please stop because goddamn. Knoxville’s grey hair looks good on him, though, and Steve-O looks better than he has in a very long time.

Good for them, now please stop. There’s a goddamn bear in this!

Jackass Forever is in theaters on October 22nd.