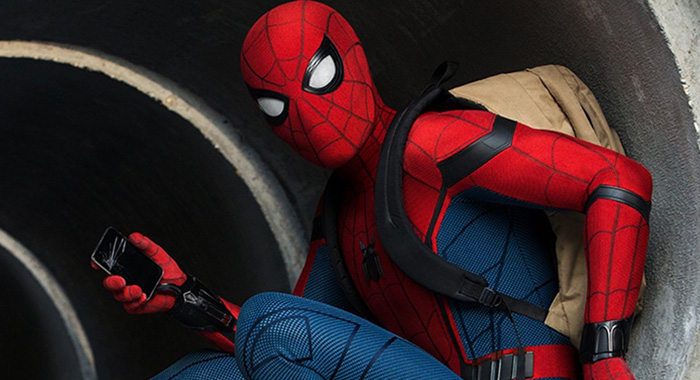 To the surprise of no one, Marvel absolutely dominated Comic-Con by dropping huge bombs like Natalie Portman as Lady Thor, Mahershala Ali as Blade, and confirmation that MCU versions of the X-Men and Fantastic Four are in active development. Hell, Kevin Feige even hinted at a new Avengers team down the road, but one person’s involvement was notably absent from the constant barrage of announcements:

Granted, Far From Home just hit theaters barely two weeks ago. Marvel didn’t even spike the football over the film’s success, but instead, focused on its healthy slate of upcoming projects that nerds ate up like we didn’t just have 22 of these goddamn things over the past 12 years. What kind of dork is still losing their sh*t over this news?

If “Rainbow in the Dark” is Love and Thunder’s “Immigrant Song” I will freebase this movie so hard my kids will become Mormons. #MakeMineMarvelMotherfucker https://t.co/7qDsMrnruq

I gotta stop tweeting in bed.

Anyway, the strength of the MCU has always been that it leaned hard into Marvel’s deep bench of characters when guaranteed box-office franchises like Spider-Man and X-Men were off the table. Marvel Studios showed it could spin anything into gold — If they somehow pull off The Eternals? Jesus Christ. — and it is absolutely holding all the cards right now. Which makes it very odd that Sony would want to dick around with Marvel swinging in and saving Spider-Man after it ran him into the ground with the Andrew Garfield-fronted Amazing Spider-Man movies. So naturally, that’s what might be happening right now.

According to /Film, there’s a stipulation in the Marvel/Sony deal that reportedly requires Far From From to clear one billion dollars at the box-office or else full creative control of the third film reverts back to Sony. For the record, Marvel has obviously been in control of both Homecoming and Far From Home hence why they’ve been good and not total dogsh*t. (See: Far From Home’s box office probably hitting that billion very soon.)

However, there’s the issue of Tom Holland’s contract, which ends after the third film regardless of who makes it — Civil War, Infinity War, and Endgame fulfilled his “team-up” obligations. — and he was already dropping hints that he doesn’t want to be strapped to Spider-Man forever before Homecoming even hit theaters.

The 20-year goal is to be a film director. The 15-year goal is to win an Oscar. The five-year goal is to just keep enjoying myself. I really am having the time of my life. But as far as my future goes, I want to stretch myself as an actor in a way that Jake Gyllenhaal, Leonardo DiCaprio, and Meryl Streep do. I don’t want to be stuck to one character. I think that’s what can happen when you take on a superhero movie. So every conversation I have with my agent is, “What have you got for me? What’s next? Who can I play?”

At this point, here is what’s guaranteed: A third solo Spider-Man starring Tom Holland that probably will be made by Marvel Studios. But if it isn’t, the Far From Home end-credit scenes did two very interesting things. (No spoilers.) The first created an easy out for Spidey to f*ck off back to his self-contained world and deal with the new problem that just dropped in his lap. The second was a surprisingly huge setup for Captain Marvel 2 because that was definitely S.W.O.R.D. right? There’s no way that wasn’t S.W.O.R.D. Anyway, Marvel clearly hedged their bets and leveraged what might be its last opportunity to use Spider-Man to whet people’s appetites for the crazy sh*t going down in the MCU without him.

Also, looking back in hindsight, Far From Home did some weird waffling on whether or not Peter would be the new Tony Stark, and it seems the answer to that question is who the hell knows? While making the film, there was no guarantee that Marvel would have control of the sequel, and even if it did, there’s no guarantee that Tom Holland would sign up for more Spider-Man when his contract is up. Although, the fact that Marvel laid the groundwork for the “Peter is the new Tony” character arc suggests the obvious: They are doing everything in their power to keep Tom Holland in the fold even though the MCU was literally built on not needing him.

On the flip side, starting with the sh*t-awful Venom, Sony has been very eager to leverage its rights to every single Spider-Man character and legitimize them by forcing them to interact with Holland’s Spidey, which Kevin Feige is not exactly thrilled about. And for good reason. I mean, Christ, Sony is making a Michael Morbius movie with Jared Leto (Why?) and there’s a rumor floating around that they want Venom to be in Holland’s final film, because cramming Venom into a third Spider-Man movie has historically gone well. My point being there’s a reason Sony came crawling to Marvel in the first place, and it’s because they BLOW at this game. However, Venom taught Sony that these things make money even if they’re nowhere near the quality of the MCU, so why wouldn’t it take Spider-Man back? Granted, Holland might want to avoid anchoring a janky cinematic universe when his contract is up, but it’s not like there’s a very recent example of Sony horribly misusing MCU talent.

The Monday after MEN IN BLACK: INTERNATIONAL bombs, the Hollywood Reporter article about the "troubled production" funny how that works https://t.co/VbLz8y4tiP

← 'Veronica Mars' Spoiler-Free Review: Season Four Does Their Star Dirty | 'Euphoria' Recap: You Let the Doubt Creep In, and You're Done →