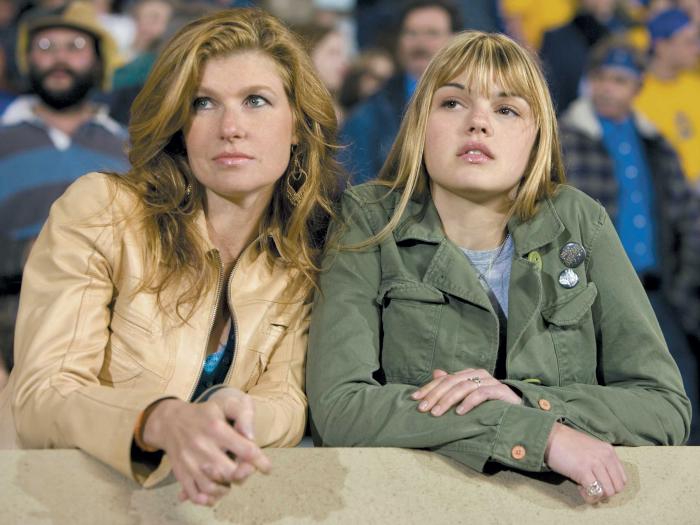 Over on the Podjiba podcast, we’ve been covering season two of Friday Night Lights this month (and only season 2), and I will just say that even the worst season has been a total joy revisiting. There are some issues with the series (especially season two), and some storylines that haven’t aged well (every high schooler on this show ends up sleeping with someone in their 20s), but watching three episodes a week has genuinely been the pop-culture highlight of my month. Even after all this time, Coach makes me want to be a better person.

That said, I had forgotten how the worst Julie was. I remember that period where every drama seemed to have a terrible Dana Brody problem, but I had completely forgotten that Julie was a Dana Brody. A good one-third of the season two storylines emerge because of Julie being the worst (to Teegarden’s credit, it was 95 percent the writing). Also, Aimee Teegarden (who plays Julie) is the only actor on that show who played her age. Even Zach Gilford — who played her boyfriend, Matt Saracen — was eight years older, meaning that a 24 year old and a 16 year old made out that first season, which: Ew.

Anyway, Aimee Teegarden is 30 now, and like most 30 years olds, she looks much different than her 16-year-old self. She’s a brunette, for one. She’s also 14 years older. Also, unfortunately, her post-FNL career maybe hasn’t gone as well as she had hoped because Teegarden is now starring in Guest House with … Pauly Shore, Steve-O, and Billy Zane. Watch the trailer:

A few things here: Is there like a Cameo service for real cameos, too? Like, do cheap movies pay Billy Zane $125 to make a brief appearance so that he can appear in the trailer? Second, as Dan Hamamura notes, and he’s not wrong: If that was Jason Mantzoukas instead of Pauly Shore, we’d all be excited about it. I am ashamed to say that is accurate, even though Guest House would make an excellent subject for How Did This Get Made?, except that we know how it got made: Someone had half a million dollars burning a hole in his pocket and a nostalgia boner for Son In Law, so they threw this movie together and paid $125 to Billy Zane to walk by.

Also, according to IMDB, Aimee Teegarden was credited as Aimeé Teegarden in two recent projects. Also, little did I know, but remember way back when that Miss Teen USA contestant gave that embarrassing, rambling, completely dumb and incoherent answer to the question, “Recent polls have shown a fifth of Americans can’t locate the U.S. on a world map. Why do you think this is?” Aimee/Aimeé Teegarden asked the question.

Guest House is On Digital and On Demand on September 4, 2020.


← 'Inception' 10th Anniversary Of Not Being Afraid To Dream A Little Bigger, Darling | Mindhole Blowers: 20 Real-Life Celebrity Friendships that You Probably Didn't Know About →