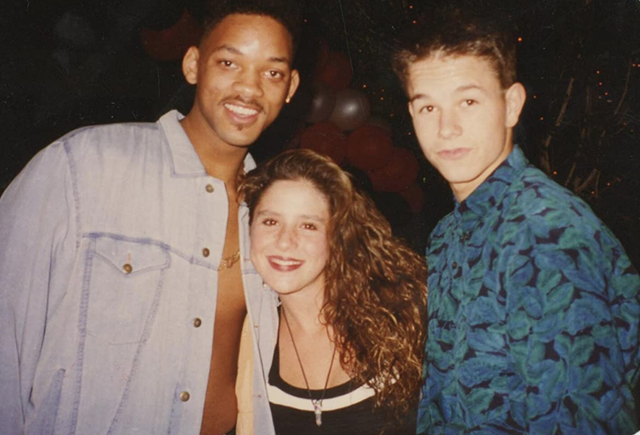 Kid90 is not exactly as it’s advertised. The Hulu trailer suggests a documentary of ’90s kid stars as seen through Soleil Moon Frye’s extensive collection of video recordings, but it’s mostly a documentary about Soleil Moon Frye. There are a few other ’90s kid stars who appear as talking heads, but they’re in the documentary less to talk about their own experiences and more to offer their own perspective of Soleil Moon Frye’s experiences. There’s nothing wrong with this, per se, but Frye — at least as depicted in the documentary — doesn’t do a lot of self-interrogation, while the film itself lacks a consistent through-line.

Frye had what she would describe herself as an idealistic childhood. She loved playing Punky Brewster, and she had a lot of (mostly male) friends in the industry, like Mark-Paul Gosselaar, Jonathan Brandis, Leo DiCaprio, Kevin Connelly, Balthazar Getty, Brian Austin Green, etc. However, her life got considerably more complicated after puberty. Her breasts grew to size EE, and her roles were ultimately limited to mostly those that took advantage of her breast size, including an episode of The Wonder Years that made me queasy. After her breast reduction surgery at the age of 15, however, Frye’s roles mostly dried up, though she doesn’t interrogate why her career, like that of so many child actors before and after her, disappeared as she moved into adulthood.

Instead, she moves mostly into her dating life. During her teenage years, she develops a number of relationships with men, some of them romantic, including one with Daniel O’Connor, aka Danny Connor from the band House of Pain (“Jump Around”), who was eight years her senior. So little is made of this relationship despite the age difference that Frye even revisits O’Connor in the present(ish) day to talk about the depth of their feelings for one another back in the ’90s.

Likewise, she reveals that when she was around 17 or 18, she lost her virginity to Charlie Sheen, who was then 30. She called him her Mr. Big, and she spoke affectionately of the time they spent together, when he would come in from out of town and take her out to a nice restaurant or to a baseball game.

Meanwhile, when Frye turned 18 and moved to New York City to attend the New School, and when she wasn’t hanging out with Charlie Sheen, Frye became close with the Zoo York skaters, some of whom are known for appearing in Larry Clarke’s Kids. Two of those guys — Harold Hunter and Justin Pierce — would die young of a drug overdose and suicide, respectively. Likewise, Jonathan Brandis another New York friend of Frye’s, Andrew Dorff (the brother of Stephen) would die young. Frye nibbles around the edges of introspection here, asking herself what she could have done, or whether she recognized any of the signs, but she doesn’t dig particularly deep into the whys before moving on to other subjects, except at one point to say that she gravitated toward “bad boys.”

The talking head celebrities don’t have a lot of insights, either, beyond what is seen in the trailer, although Mark-Paul Gosselaar seems at least interested in digging deeper, if only the documentary had given him the opportunity. They mostly exist to echo Frye’s own observations, but no one makes any attempt to explore the nature of child celebrity, or why some of them found success in adulthood and others did not.

Ultimately, that’s my biggest issue with Kid90. There’s nothing particularly universal or relatable about it, even among other child stars of the ’90s. It’s about the singular experiences of Soleil Moon Frye as expressed through old home movies, and those experiences are largely unexamined (with some exceptions, such as a painful memory of a sexual assault she’d repressed for 25 years). It’s certainly fascinating to see candid glimpses of a lot of familiar faces in their more natural environments acting like the teenagers they were, but ultimately Kid90 feels more like watching a famous person’s video diary than a documentary that seeks to contextualize the experiences of her youth within contemporary culture. That doesn’t make it a bad movie, but it does feel like a missed opportunity.