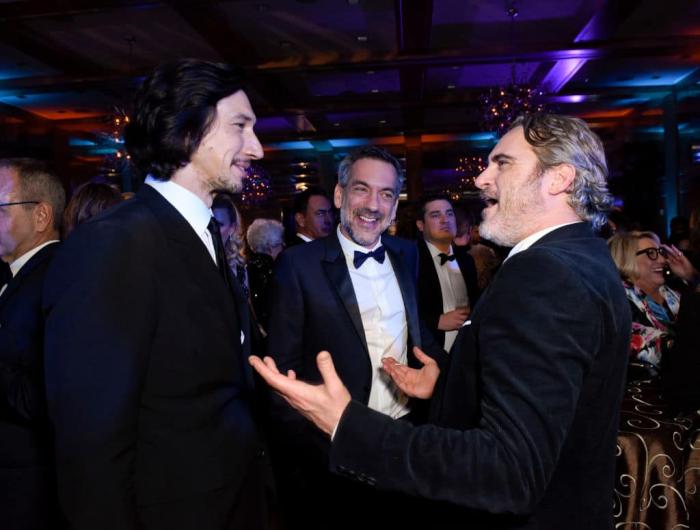 How ‘Joker’ Ran the Best Oscar Campaign of Awards Season

We are five days away from the 92nd Academy Awards. The BAFTAs have just concluded and, while there are a couple of races that feel up in the air, certain narratives have been wholly secured for months now. Brad Pitt will win Best Supporting Actor. Roger Deakins will win Best Cinematography for 1917. Bong Joon-ho and Parasite will make history and become the first South Korean film to win Best International Feature. Perhaps the biggest lock of the evening will be the win for Joaquin Phoenix in the category of Best Actor for his performance in Joker. After many years of being called the best actor of his generation and one of the most overdue for an Oscar win, he’ll finally get to take the statuette home.

There are a number of reasons that Phoenix will win for playing one of the great villainous icons of pop culture: He has a great narrative as an overdue and respected industry figure; he’s put in around 35 years of work, starting from the age of nine as part of an acting family; he went through a serious physical transformation, dropping over 52 pounds for the role; he is asked to do a lot of difficult and emotionally tumultuous things for the role; his victory speeches all season have been fascinating, respectful, and often politically scathing, most recently his BAFTA speech, where he directly called on the industry to work towards changing the landscape of systemic racism. The main reason he is winning, however, is a simple one: He campaigned for it.

I shouldn’t be saying this but w/e…this speech is a perfect example of why Joaquin is one of the actors who I’m so excited to be writing for this year.

He came to visit me in New Haven and I fell in love. pic.twitter.com/9OJMkbwXWs

There’s this pervading assumption that the notoriously prickly Phoenix, a man who openly called the Oscars ‘bullsh*t’ and has never loved the spotlight, is not campaigning this year. This is simply a flat-out lie. Sure, he’s not doing the round-tables or guest-hosting SNL, as the season typically demands, but make no mistake, this is a man doing the work of getting an Oscar. He’s turning up at all the parties, he’s done the big splashy Vanity Fair cover story, he’s working the room and saying the right things on the podium. He’s even been paying fans with surprise visits to Joker screenings in his downtime. When not accompanied by his fiancé or one of his sisters, he’s usually photographed side by side with director Todd Phillips, with the two being the major faces of this film’s awards campaign.

I don’t say this to denigrate his obvious passion for the issues he supports or to claim that he’s only talking about them as part of an Oscar campaign. Phoenix is clearly deeply invested in his activism and understands the power of the platform that being an awards season frontrunner gives him. I probably sound deeply cynical but the entire Oscar game is deeply cynical. Nora Ephron once said that everything is copy; in the run-up to the Academy Awards, everything is campaigning, and nobody has worked that better this year than Joker.

The power of the Joker campaign extends beyond its leading man, one of two guaranteed wins for Sunday night. Warner Bros., Todd Phillips, and their extended team have mounted one of the sharpest and most ruthlessly efficient Oscar campaigns of the year, which is saying something given how many tantalizing narratives are on offer to Academy members. With eleven Oscar nominations to its name, the most of any film this year, Joker has cemented its status as arguably the most awards-baity title of the season. Who could have predicted that when it was announced? Well, I think a lot of people did and that’s how we got here.

Warner Bros. has been prepping Joker for this path since production wrapped, and maybe even earlier than that. It was clear from the get-go that the studio had no intention of treating this film like their other comic book adaptations and additions to their superhero franchise. Despite the obviously irritating and categorically false nature of Phillips and company claiming that Joker isn’t a comic book movie, it clearly is, but the marketing still worked for the appropriate people because prioritizing its prestige nature over its blockbuster potential was its wholehearted agenda.

We saw that when the film bypassed the expected San Diego Comic-Con panel in favor of going on the Fall festival circuit, not only having its world premiere at the Venice Film Festival but doing so in competition for the Golden Lion. When Joker ended up taking the top prize home, it was certainly a vote of confidence for their strategy not there was still no guarantee of Oscar glory. That became assured as the festival season progressed and the film appeared everywhere, from Toronto to New York. I saw the film the Toronto International Film Festival, where it was making its North American premiere shortly after its Venice win. Phoenix had also received the festival’s first Best Actor award and he gave a deeply heart-warming speech that invoked his late brother River. The screening I attended was full, one of two happening at that time, and once the credits started rolling, a significant portion of the audience, made up entirely of press and industry figures, got to their feet and applauded. It was one of only two films I saw during the entire festival that received such a response from critics and company.

Even as the reviews became more divided and the rhetoric surrounding the movie more heated, Warner Bros. continued to play a savvy game with Joker. It wasn’t always a game that Phillips kept up with, as evidenced by his tone-deaf ‘woke culture’ sneers when faced with criticism of his work. Still, it was one that managed to stay on course during tough times, and it did so for two main reasons: One, it had a clear message and intent that could easily be mined for promotion, and two, enough people truly loved the film for it to stand strong.

The Compassion of #Joker: The film’s power springs from its cry for empathy and kindness for the downtrodden. That plea is reflected in crafts, design, Todd Phillips' writing and direction, and Joaquin Phoenix’s acclaimed performance #sponsored https://t.co/POprbDDx17

The Joker Oscar campaign has been rooted in its self-imposed status as an industry underdog. Yes, it’s utterly ridiculous that a movie made by a major studio that’s adapted from one of the most popular cultural entities of the past century gets to call itself scrappy small fry. It has worked, however, for a reason. They’ve repeated the message often enough that it’s stuck. Oh, this was a movie the studios were afraid to make. It cost a fraction of what a typical comic book film costs to produce. We treated it like an indie movie. We overcame the odds, and so on. It’s a tantalizing narrative that the industry has gobbled up, even as films that more accurately fit that description are overlooked, from Hustlers to The Farewell to Waves. It’s no plucky indie title, but it hits enough familiar beats in that field and has the big studio money to make the message stick. Warner Bros. had the clout to get Todd Phillips on practically every directors’ roundtable this season, as well as rallying big names to host industry screenings for voters. In the business of winning awards, it still benefits you to have the traditional studio system, such as it is, in your corner.

While Joker and its publicity team are working overtime to drive home the message that it’s not a comic book movie, its status as part of that genre is proving helpful to its campaign. It’s not like those other comic book movies, you see, it’s special! Superhero franchises and the impact they’ve had on the film industry are impossible to ignore, but that doesn’t really mean that the monuments of prestige have been ready to open their doors to them. Black Panther won some Oscars and landed that all-important Best Picture nomination, but I don’t think it’s a coincidence that the winner that season was the most white savior middlebrow ‘worthy’ drama of the bunch. A vote for Joker is a way to signal the industry’s evolution while maintaining their insistence that such stories are still kind of second rate. I’m sure Joker being about a white dude didn’t hurt either.

Being a truly great film is hardly the most important part of the awards campaigning process, but Joker, divisive as it is, having not only the right level of critical love but commercial success in its corner has made its publicity tactics a lot more effective. For every person who has criticized the film for its Scorsese rip-offs, there are plenty of others who love and respect those homages, to the point where the movie got more Oscar nominations than the actual Scorsese film competing this year! It’s not hard to see why so many actors are gung-ho about Phoenix’s performance, even if I personally wouldn’t even put it in his top five. That attempt at aping a classic style of film-making has won over a lot of voters who miss ‘the good old days’ of Hollywood, for better or worse. All of these elements have been key to the movie’s campaign, and that’s before you even get to the politics of it all. It’s been oddly easy for Joker to spin its controversies as proof that this is ‘a movie for our time.’ Yikes.

I’m not sure that Joker can prosper beyond wins for Phoenix and the admittedly beautiful score. I’ve seen some convincing arguments that it can snatch the Best Picture prize from under Sam Mendes’s nose but I’m not sure it has the momentum for that. Frankly, those eleven nominations are the win for Warner Bros. Regardless of what happens on Sunday, this is mission accomplished for them. Besides, this film is and always has been pure Oscar bait, whether they acknowledge it or not. Their ‘big risk’ was one of the safest bets of the season.