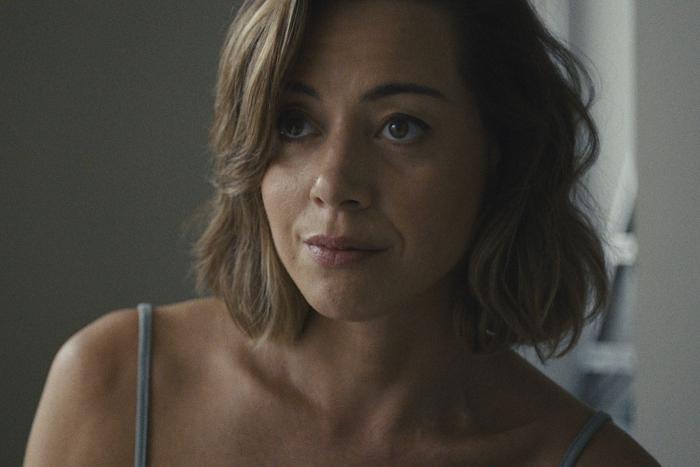 That Aubrey Plaza Movie on Netflix Is Pretty Good

If you have spent much time on Netflix in recent weeks, you’ve probably spotted that Aubrey Plaza movie among the Top 10 movies, or in the Trending section or, if you’re like me, because the algorithm is shoving it down your throat. There’s also a bunch of bros over on Film Twitter who are raving about it as one of the best movies no one bothered to watch this year because they had better things to do, like binge-watch Wednesday while they were playing a game on their phone.

It’s a pretty good time to make it available on Netflix, too, on account of Aubrey Plaza’s turn in White Lotus. Although if you ask me, they should pop a Meghann Fahy flick on their service because she was the real draw of this season of White Lotus. Unforch, Meghann Fahy doesn’t have a lot to choose from, except that Jessica Chastain movie, Mrs. Sloane, where Fahy is like 12th billed, not that it would stop Netflix from featuring her in the thumbnail pic.

Speaking of thumbnails, I’ve seen a few on Netflix for the Aubrey Plaza movie, and they can’t make up their mind about how they’re trying to market it to me. Sometimes, it looks like Plaza is going full Florida Project, and others, it looks like a straight-to-digital reboot of Tomb Raider. 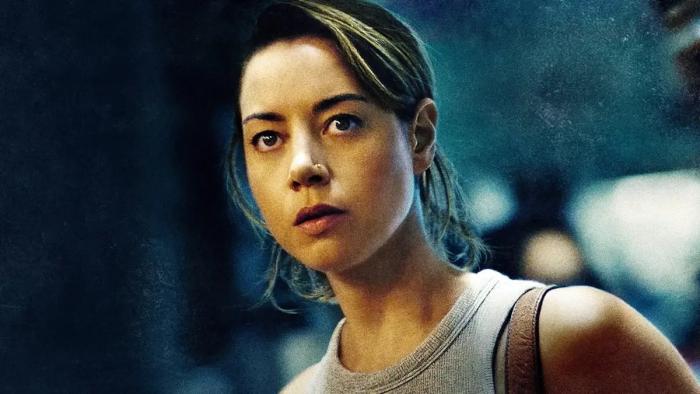 At least it’s better than another one of those pics where it looks like Plaza is playing a getaway driver in one of those John Travolta or John Cusack Redbox flicks that make all their money in those real countries with names that sound made-up, like Tajikistan. 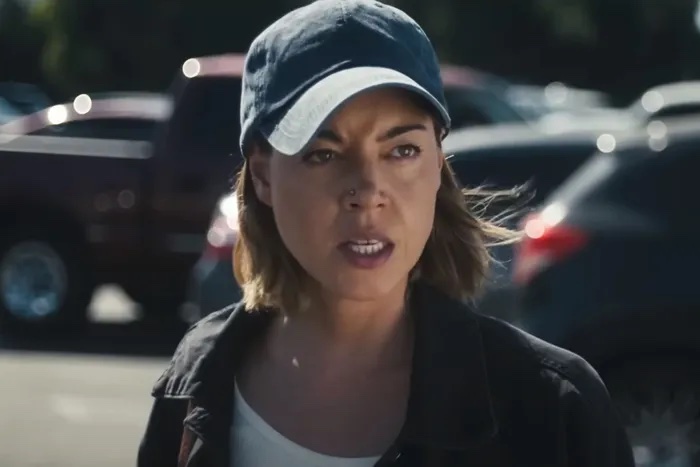 If you keep skipping past the Plaza movie to watch that Ryan Phillipe television series adaptation of that Mark Wahlberg movie that ran for three seasons on the USA Network before they dropped their whole Characters are Welcome business, I get it. I mean, who has even heard of Emily the Criminal? It’s a shit title, and there was a girl in the 10th grade named Emily who broke my heart, so this movie already had one strike against it.

What it has going for it, though, is that it’s only an hour and 36 minutes, which is an old-school runtime if you ask me. It’s kind of perfect to watch in between binges, where you finish one series too early to go to bed but too late to start another show? That’s where a movie like Emily the Criminal can rack up the viewing hours.

If you’re wondering what it’s about, it’s one of those indictments of late-stage capitalism, which is a thing that progressive Millennials say about most movies these days, but it’s a little more on the nose here. Plaza plays a relatively recent college student, even though Plaza herself is pushing 40, not that you can tell. Emily is swimming in debt and making ends meet by working gig economy jobs because she can’t get a career job since she has a dumb felony on her record and because she didn’t finish college, and she’s too goddamn poor to work for free as an intern no matter how prestigious the job might be.

When someone offers her $200 for an hour’s work, she jumps at the opportunity. It involves some light credit card fraud, and when she proves adept at that, she takes the $2,000 job after it. She’s still working gig economy jobs, it’s just that it’s on the other side of the legal ledger, she’s getting paid a lot more, and her boss is less shitty. Her boss is played by Theo Rossi (Sons of Anarchy), and she seems pretty sweet on him, too. I get it. Theo Rossi is a snack. But the thing about the gig economy on the wrong side of the law is that there’s more room to move up the ladder and maybe even be your own boss one day. You can’t say that about working at Uber Eats, can you? And it’s not like you get health insurance, either way.

It is one of those movies that resonate loudly until it decides to turn off the messaging and turn into more of a thriller in the third act, not that there’s anything with that. If you can watch superheroes blow up shit for the last 40 minutes of every Marvel movie, I’m sure you can spare 20 minutes to watch Aubrey Plaza go full baddie with a box cutter.

It’s a tight 96-minute runtime and it’s directed with quiet ferocity by John Patton Ford, who is making his feature directorial debut here. Based on this, he’s probably gonna get more jobs, and probably land one of those franchise films at some point, if he wants one. They always do, not that there’s anything wrong with it, either. The point is, it’s a pretty good movie, and you should stop skipping past it and watch it already.