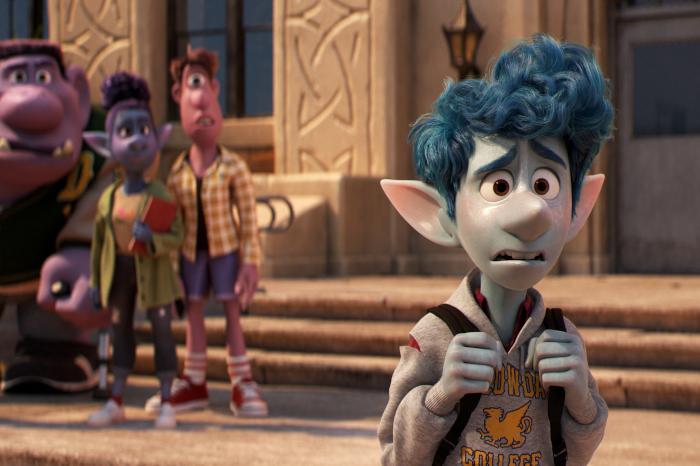 After Disney CEO Bob Chapek initially stated that the corporation would not make a public statement condemning the “Don’t Say Gay” bill that is expected to be passed this week by Governor Ron DeSantis, Chapek bowed to public pressure and publicly opposed the bill at a company shareholder’s meeting yesterday. This came after Chapek had initially said that Disney’s support for the LGBTQA+ community was “unwavering” while also saying that public statements “do very little to change outcomes or minds.” Chapek said, instead, that Disney preferred to speak through their “diverse stories,” citing a number of movies and television shows that Chapek claimed illustrated that “unwavering support.”

In a statement obtained by Variety and attributed to the LGBTQA+ employees of Pixar, however, they took issue with basically everything that Chapek had said, starting with the hypocrisy of Chapek’s initial statement. “The second claim stated that ‘corporate statements do very little to change outcomes or minds,” the letter said. “However, the very email making this claim opened with a corporate statement regarding the ongoing situation in Ukraine.” The letter noted that, in addition to pulling their films out of Russian theaters, Disney has in the past pulled funding from politicians who backed the Big Lie, and threatened to take their business out of Georgia over the Religious Liberty bill.
The letter also noted that Disney has done very little to express their unwavering support for the LGBTQA+ community, noting among other things that the Disney Parks never hosted a Pride Parade until 2019, and only in Paris.
The letter also took strong issue with Chapek’s suggestion that Disney supported the LGBTQA+ in their content.

Finally, we come to the push for Content as the answer. We at Pixar have personally witnessed beautiful stories, full of diverse characters, come back from Disney corporate reviews shaved down to crumbs of what they once were. Nearly every moment of overtly gay affection is cut at Disney’s behest, regardless of when there is protest from both the creative teams and executive leadership at Pixar. Even if creating LGBTQIA+ content was the answer to fixing the discriminatory legislation in the world, we are being barred from creating it. Beyond the “inspiring content” that we aren’t even allowed to create, we require action.

The letter also demands that Disney “withdraw all financial support from the legislators behind the ‘Don’t Say Gay’ bill, to fully denounce this legislation publicly, and to make amends for their financial involvement.”
For what it’s worth, Chapek did vow to donate $5 million to the Human Rights Campaign and other LGBTQ rights organizations. However, HRC said that they’d refuse the donation until “meaningful action is taken to combat” the legislation.