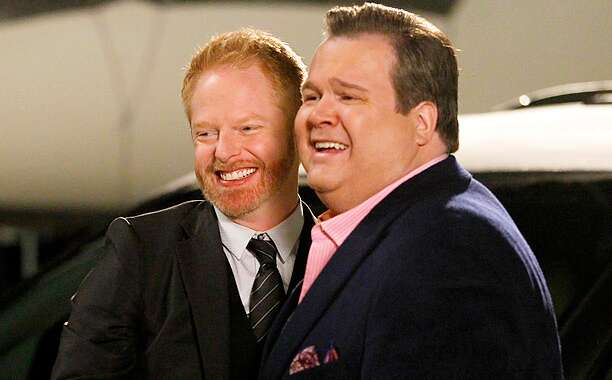 Disney Won't Denounce the 'Don't Say Gay Bill,' But It's OK Because of 'Modern Family'

As the Orlando Sentinel reports, Disney has financially given to every person who has sponsored or co-sponsored Florida’s “Don’t Say Gay” bill, which would prohibit educators from discussing sexual orientation or gender identity in K-3 classrooms*. The bill is expected to be signed into law by Governor DeSantis this week. Moreover, Disney refuses to publicly denounce the law, despite the fact that Disney CEO Bob Chapek insists the company has an “unwavering commitment to the LGBTQ+ community.”

I’m not sure how providing campaign contributions to the bill’s backers while remaining silent on the substance of the bill equals “unwavering support,” but Chapek has a workaround. He claims that corporate statements (and presumably cash) “do very little to change outcomes or minds,” while also suggesting that “they are often weaponized by one side or the other to further divide and inflame.”
What if we were to weaponize against Disney this corporate statement saying that corporate statements are meaningless?
But listen, y’all: Chapek says it’s all OK. They don’t need to denounce the law, or stop giving contributions to the backers of the bill, because Disney made Modern Family!

“Encanto,” “Black Panther,” “Pose,” “Reservation Dogs,” “Coco,” “Soul,” “Modern Family,” “Shang-Chi,” “Summer of Soul,” “Love, Victor.” These and all of our diverse stories are our corporate statements—and they are more powerful than any tweet or lobbying effort. I firmly believe that our ability to tell such stories — and have them received with open eyes, ears, and hearts — would be diminished if our company were to become a political football in any debate.

Are they “corporate statements,” Bob? Or are they financially driven commercial products designed to sell to increasingly diverse audiences? Disney did not speak out for these audiences, it waited until the company thought it was safe enough and profitable enough to cater to them. Legislation like the “Don’t Say Gay” bill encourages intolerance and bigotry, and if audiences become more intolerant and bigoted, Disney will seek to profit from those more intolerant and bigoted audiences. Modern Family reruns clearly don’t move the needle enough, Bob, because if they did, Florida wouldn’t be passing this legislation in the first place. But you know what might have prevented this legislation? If the biggest and most popular corporation in the entire state of Florida actually took a stand, spoke out against it, and refused to financially back anyone who supported it. And maybe ban them from your parks, too, because that would actually be a meaningful action, and one that Cam and Mitchell would approve of!

(*I am still holding out hope that the first lawsuit brought against a Florida school will be from gay parents who sue a school district because a teacher had a classroom discussion about his or her straight marriage.)