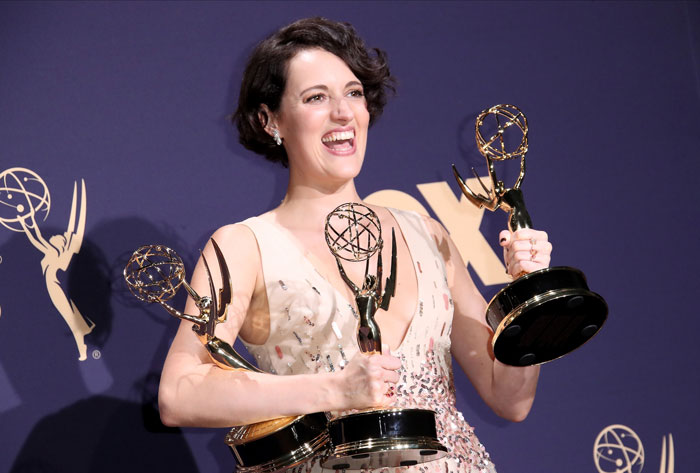 How much must a woman accomplish before her inclusion in a major production isn’t considered tokenism? Phoebe Waller-Bridge wrote and starred in an acclaimed one-woman stage show, which she spun into the brilliant television series Fleabag, which went on to win her three Primetime Emmys in one night and allowed for a bunch of f*ck yeah photos. She also created the critically beloved TV thriller Killing Eve, which has won its stars, Jodie Comer and Sandra Oh, an array of awards including Emmys, BAFTAs, and a Golden Globe. Yet despite all this acclaim for her writing and the wild popularity of her sensationally sexy cat-and-mouse thriller series, The Sunday Times decided to ask James Bond star Daniel Craig if Waller-Bridge was a diversity hire for No Time to Die.

It began with discussing the news that Waller-Bridge had been brought on to do a pass on the script. “She’s just brilliant,” Craig said. “I had my eye on her ever since the first Fleabag, and then I saw Killing Eve and what she did with that and just wanted her voice. It is so unique — we are very privileged to have her on board.”

In the interview, reporter Jonathan Dean notes that Waller-Bridge is only the second woman, following Dr No and From Russia with Love’s Johanna Harwood, to write for the 25-film franchise that spans 57 years. “A cynic might suggest the new recruit has been chosen to help the film look more representative,” Dean mused.

Craig was not amused.

It’s unclear how Dean specifically phrased his question, as he does not include that in the piece. What he does share is that Craig’s response began, “Well, I think Phoebe coming on…She has been asked many times about what she is going to do, and her answer is that we’re not really going to change anything. He’s James Bond. But, of course, it’s a different angle to come at …”

Then, Dean notes Craig stopped, drew a breath and let loose with the answer that’s grabbing headlines across the web:

“Look, we’re having a conversation about Phoebe’s gender here, which is f*cking ridiculous. She’s a great writer. Why shouldn’t we get Phoebe onto Bond? That’s the answer to that. I know where you’re going, but I don’t actually want to have that conversation. I know what you’re trying to do, but it’s wrong. It’s absolutely wrong. She’s a f*cking great writer. One of the best English writers around. I said, ‘Can we get her on the film?’ That’s where I came from.”

As many f-bombs as Craig dropped here, the interviewer insists this exchange wasn’t as heated as it might read. Dean frames the seemingly fiery response with this: “By virtue of the energetic rate he punches out words, nothing comes across as rude as it seems on the page. He is, instead, brusque and open. Just a really big fan of ironing things out and, like a friend in a pub during a fourth-pint argument, any bad blood will be forgotten by the journey home.”

And frankly, Dean thinks if you read it any other way you didn’t read his interview (which is paywalled).

Oh this one is nicer because they’ve actually read the interview https://t.co/s1rUPy9WjT

Regardless, let’s hope this is the last time Waller-Bridge’s cred will be questioned because of her gender. I’m sure this will put a close to the matter considering how chill the Bond fandom was over news a woman would be taking on the mantle of 007.