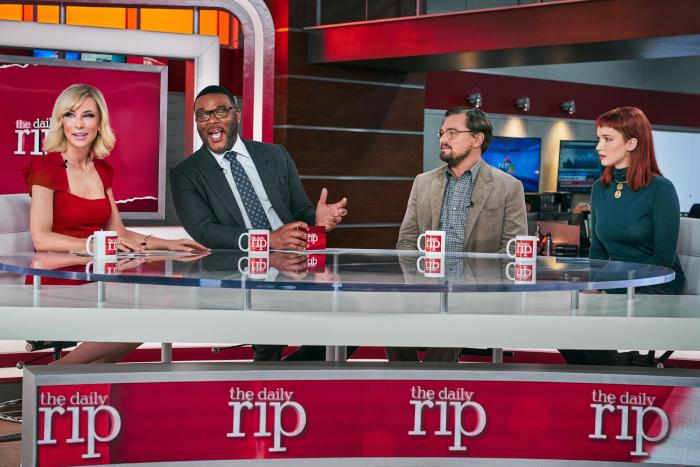 I love an all-star ensemble. I mean, on the one hand, there’s Knives Out. But the other hand, Mars Attacks or any of these other nine films (and please stop telling me that Mars Attacks was good! It was not, and you cannot convince me otherwise). A great cast does not always make for a great film.

In Don’t Look Up, Lawrence and DiCaprio play astronomers trying to warn the world about the threat of an oncoming comet. Streep and Hill, meanwhile, play the President and her son/Chief of Staff, respectively. They’re more concerned with poll numbers than the imminent destruction of the planet. So, you know: It’s inspired by real-life events.

Don’t Look Up premieres on Netflix on December 24th.

← Who would win: A Bishop's Celibacy Vows or a Satanic Erotica Writer. Let's Find Out! | 'London Time' Does Right by Mallory Archer →