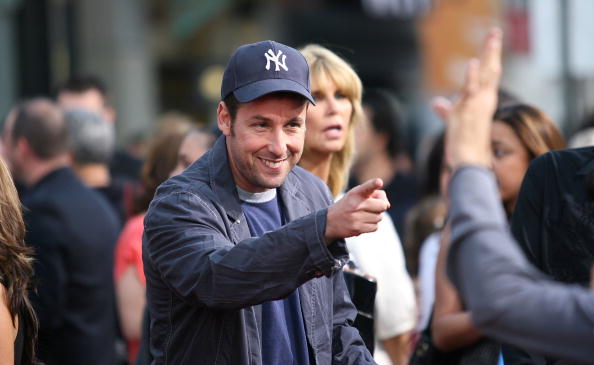 Casting and Industry News: Adam Sandler Takes Another Stab at an Oscar, and Emilia Clarke Joins the MCU

Adam Sandler is making another one of his good movies, and so soon after Uncut Gems! He’ll star alongside Carey Mulligan, Paul Dano, and Kunal Nayyar in Spaceman based on the Jaroslav Kalfar novel Spaceman of Bohemia. In the film, from Chernobyl filmmaker Johan Renck, Sandler plays an astronaut “sent to the edge of the galaxy to collect mysterious ancient dust as he finds his earthly life falling to pieces. He turns to the only voice who can help him try to put it back together. It just so happens to belong to a creature from the beginning of time lurking in the shadows of his ship.” Mulligan will play his wife, but not the Happy Madison type of wife. I assume that Mulligan will have, like, a personality.

— Game of Thrones star Emilia Clarke is making the transition to Marvel studios. She’s in final negotiations to star in Secret Invasion, a new original series for Disney+. She’ll join Samuel L. Jackson, Ben Mendelsohn, Kingsley Ben-Adir, and Olivia Colman. Holy shit, that’s a great cast, even if it means that the MCU keeps stealing all the talent (I wasn’t ready for you to join a Cinematic Universe, Kingsley Ben-Adir!)

— For those who don’t watch, the son of John Nolan (Nathan Fillion) collapsed in the final seconds of this week’s episode of The Rookie, which I mention only because the promo for the next new episode on May 2nd reveals who will be playing Nolan’s ex-wife: Emily Deschanel. She’ll obviously pay a visit to Los Angeles to check in on their son. This is exciting news for the three of us who watch The Rookie, and the one of you who watches The Rookie AND used to love Bones. Go ahead and raise your hand. Show yourself!

— The Tiger King limited series set up at NBC with Kate McKinnon as Carole Baskin has cast its Tiger King. He’ll be played by John Cameron Mitchell from Hedgwig and the Angry Inch. That makes a weird amount of sense.

— The paps have captured pics of Christian Bale on the set of Thor: Love and Thunder and wow! I had no idea he’d be playing what looks like a very fancy, bald lobsterman! (The character’s name is Gorr, and he’s a villain trying to kill all of the Gods in the universe).

— Kaitlyn Dever, the Justified star coming off the brilliant Booksmart and Unbelievable, has lined up her next role. She’ll star in No One Will Save You from writer/director Brian Duffield. No plot details have been given. It’s enough to know that Kaitlyn Dever will star. I’m in.

— Finally, because it’s good to end with a trailer, Michael Che has a new series coming out in May. It’s a series of sketches/vignettes that shows what it feels like to experience racial profiling, unemployment, falling in love, and more, from Che’s perspective. What’s it like to experience catcalling from your perspective, Michael? (Sorry, couldn’t resist).


← 'Ted Lasso' Season 2 Has a Release Date and a Trailer | Five Things I Learned From 'Tiny Tim: King For A Day' →