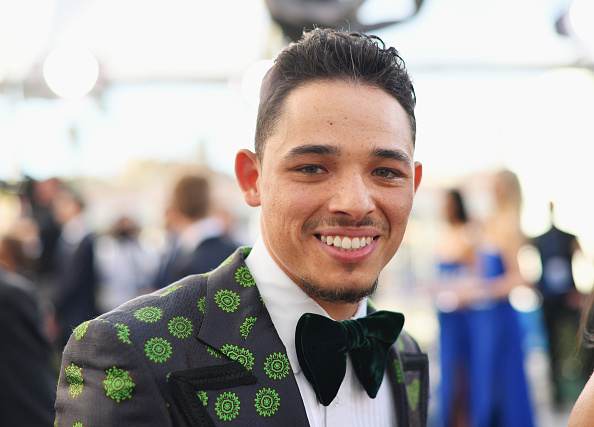 Bullet Points: Anthony Ramos to the MCU, Russell Crowe to the Spidey-U, 'Better Things' and EW

— Anthony Ramos (In the Heights) has been cast in an undisclosed role in the Marvel/Disney+ series Ironheart , which will star Dominique Thorne as Riri Williams, a genius inventor and creator of the most advanced suit of armor since Iron Man. Ramos’ role is expected to be similar to the role Jonathan Majors occupied in Loki, which is to say: He’ll make an appearance in Ironheart but will likely play an expanded role in the future of the MCU.

— Meanwhile, in Sony’s Spider-Man universe, Russell Crowe has joined Aaron Taylor-Johnson in Kraven the Hunter. Taylor-Johnson is in the title role of one of Spider-Man’s main antagonists, while Crowe’s role is unspecified.

— As someone who was a regular subscriber soon after its launch, I’m bummed to hear that Entertainment Weekly will cease its print publication, along with InStyle, EatingWell, Health, Parents and People en Español. I don’t actually read the print edition anymore (does anyone), but I have very fond memories of consuming the magazine every week as soon as it arrived in my mailbox. It’s still a fine digital magazine, although it seems largely devoted to promoting Survivor and The Walking Dead.

— Every single time a Liane Moriarty novel is released, I get suckered by the marketing, end up reading it, and invariably feel slightly disappointed in the result. Apples Never Fall is no exception. However, her novels have made for popular TV series (Big Little Lies, Nine Perfect Strangers) so it’s not much of a surprise to see that Apples Never Fall will be adapted, too. Apple TV+ acquired the rights (how fitting!), and Melanie Marnich (The OA, The Affair) will adapt. Here’s what I remember about it: It teases a murder mystery (but never delivers on it), and there’s way too much talk of tennis.

— Few people saw Steven Spielberg’s West Side Story in theaters, but everyone who did loved it (and it was nominated for Best Picture). I suspect it will be very popular on Disney+ when it’s released on March 2nd, giving us plenty of time to watch it before the March 27th Oscar telecast.

— I don’t think this will interest too many people here, but I like The Rookie and I like Niecy Nash, so I’m intrigued by a The Rookie spin-off featuring Niecy Nash as the oldest rookie in the FBI Academy. The spin-off series will be introduced via a backdoor pilot, a two-episode arc in The Rookie.

— Pamela Adlon’s Better Things never took off like it should have, but those of us who watch are passionate in our fondness of it. The fifth and final season will premiere on February 28. Here’s the trailer:


← Topics Celebrities Should Avoid for the Foreseeable Future | Why You Should Watch 'Drive My Car,' This Year's Surprise Best Picture Oscar Nominee →