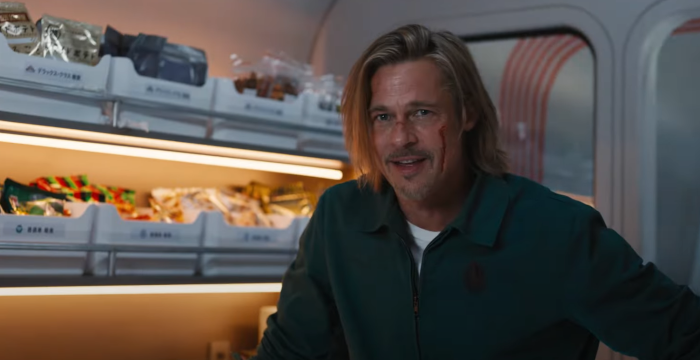 It comes from the John Wick/Atomic Blonde/Deadpool 2 director David Leitch. It involves assassins. Brad Pitt has some amazing hair. Aaron Taylor Johnson has an amazing mustache. Brian Tyree Henry is blonde. Zazie is wielding a knife and a ticket taker outfit. And then you just have random people like Michael Shannon and Hiroyuki Sanada providing it with an additional layer of baddassery. This looks like an absolute blast, like John Wick meets The Raid on a train.

Give it to us now.