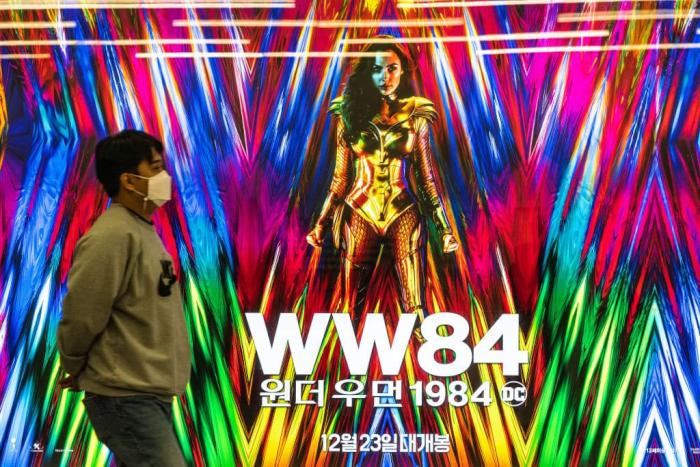 Happy new year, Pajiba readers! We hope that you feel rested and ready for whatever 2021 throws at you. Here is where I would typically make a joke about how surely it can’t be any worse than 2020 but I’m not going to jinx that sh*t. I’ve learned my lesson. All my fingers and toes are crossed. I’m taking no chances!

We’re now in January, which is typically a quiet month for new releases. The first two months of any given year as usually categorized as a dumping ground for movies that studios know are bad but need to get out of the way. 2021, however, will be a little different. Because of the extension of the 2020 Oscars qualification dates, we’ll see a number of high-profile awards players dropping over the next few weeks. Audiences are used to waiting until the beginning of the following year to catch up with these movies anyway, but now, everyone else is feeling that pain. For now, however, let’s focus on the New Year box office.

Wonder Woman 1984 stayed on top with a $5.5 million gross, which is a sharp 67.1% down from the previous week. It’s interesting that this movie was one of the few titles in the top 20 this week that saw a drop in attendance. Other movies, like The Croods: A New Age, Monster Hunter, and even The War with Grandpa — which has been slouching around the top ten for 13 weeks — saw their numbers go up. Then again, most of those movies aren’t also available to stream at home, although there are still some serious questions surrounding how many people actually subscribe to HBO Max. It’s not exactly providing tough competition for Disney+, if you catch my drift.

There are only two new releases this past week, and one of those is another re-release. Disney gave Alien a 2020 re-release if only to remind us plebs that they own that franchise now. Soon they shall own us all. Alien made $75k in 505 theaters. The one actually new release this weekend was Shadow in the Cloud, starring Chloe Grace Moretz and based on a script by Max f**king Landis. It achieved a higher per-theater average than Alien but $40k from 75 theaters is what it is.

What films did you watch this past week? What was the last movie you saw in 2020? Let us know in the comments.

← There's an Internecine Battle Brewing in the Republican Party Over ... Democracy | Bean Dad May Have Cost Ken Jennings the 'Jeopardy' Gig →