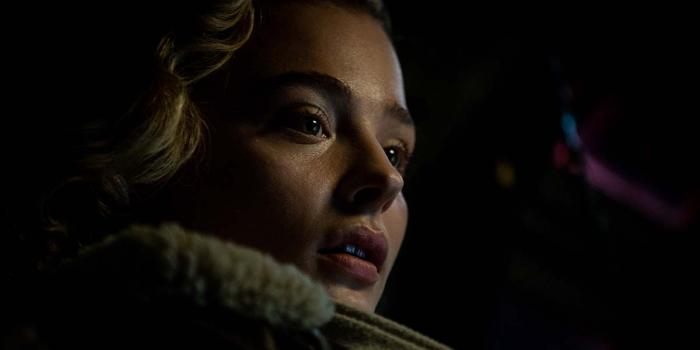 Max Landis Is Back With 'Shadow In The Cloud'

So, Max Landis is back.

Today in ‘f**k that guy’ news, the screenwriter and accused serial abuser has returned to the headlines as his newest film, Shadow in the Cloud, premiered at TIFF during the Midnight Madness section. Chloë Grace Moretz plays a World War II pilot who is assigned to a B-17 Flying Fortress alongside an all-male crew who berate her at every turn. Trouble hits when it is revealed that there is an unexpected and dangerous passenger onboard whose presence is a threat to them all. TIFF’s write-up of the film describes Shadow in the Cloud as ‘an exhilarating vehicle of personal empowerment — one not to be marred by any surplus of unchecked and toxic testosterone.’ Moretz’s character is heralded as ‘a Greatest Generation “Ellen Ripley”’, and the film is even labeled as one of the ‘female experience’ on the website. It all sounds pretty solid until you remember who wrote it.

It’s been a while since we heard from the infamous Max Landis, someone who we have covered extensively on this site. While he had credits to notable critical and commercial flops like American Ultra, Victor Frankenstein, and Bright on his resume, he was arguably better known for his terrible social media behavior, endless misogyny, and a series of accusations relating to his alleged harassment, intimidation, and abuse of women. Following a June 2019 report from The Daily Beast that included accusations of emotional and sexual abuse from eight separate women, Landis chose to keep a low profile. The announcement of Shadow in the Cloud from January of the same year was seen as a comeback of sorts for Landis after another woman, former co-worker Anna Akana, accused him of sexual assault in December 2017. Whitney Moore, a former girlfriend of Landis, also alleged ‘horrific, inhumane things he did to me.’

To save the film, Moretz said in an April 2019 interview that ‘we’ve completely distanced ourselves from him [Landis]. We’ve rewritten it several times now. His name is kind of far away from the project.’ Roseanne Liang, the film’s director, said that, while she would support anyone who wished to boycott the film because of Landis, ‘I think the movie does speak to this incredible well of strength that women have.’ Though the film is not listed on Landis’s IMDb page or that of the film, he is on TIFF’s website and is the top-billed co-writer in the opening credits.

The makers of the film and its publicity team seem to have worked hard to avoid including Landis in the narrative, although some viewers and critics have noted that it’s hard to avoid the reality that, in terms of style and content, Shadow in the Cloud is a Max Landis movie through and through. Jason Bailey of ThePlaylist wrote in his review of Shadow in the Cloud:

…they can rewrite that script all they want, but it’s ultimately, unmistakably a Max Landis movie - like “Bright” or “American Ultra” or “Mr. Right,” it feels exactly like the result of one of those sweaty “[popular movie] meets [popular movie]” pitches in the opening of “The Player.”

In an otherwise positive review, Kate Erbland of IndieWire noted that one could not help but wonder if it was Landis who penned lines like ‘she’s got one of those mouths you could just fuck.’ On Twitter, others echoed similar sentiments.

SHADOW IN THE CLOUD (Liang): 4/10. Scripted by Max Landis and it shows. Moderately fun when things really get stupid in the third act.

The team behind Shadow in the Cloud may be working overtime to erase Landis from the narrative as they promote the film as a badass female empowerment flick but he’s still the listed screenwriter, a credit guaranteed to him by WGA rules. He still gets to see his name in shining lights, so to speak. The big exposé may have come out after the deal for this movie was signed but remember, he was still a known accused rapist and sexual predator before that. His reputation was hardly hidden. It may have been one of the more obvious open secrets in a business full of them. He still had managers and agents until The Daily Beast made his alleged monstrosities impossible to ignore.

Landis never went away. He’s mostly hiding out on YouTube, where he makes videos with titles like ‘Ginny Weasley sucks’ and ‘Jumani 2 is transhuman propaganda and that’s okay.’ He’s now baiting his fans — yes, he still has them — by hinting that he may be returning to write for DC Comics, or, at the very least, working on something Batman and Superman-related.

If Landis isn’t purely taking out his ass and @DCComics is really looking to do further business with a guy mainly known for his rape accusations it’s an obscenity that would be legitimately unmatched in the 80+ year history of the company.https://t.co/0l5Yc1nDB0